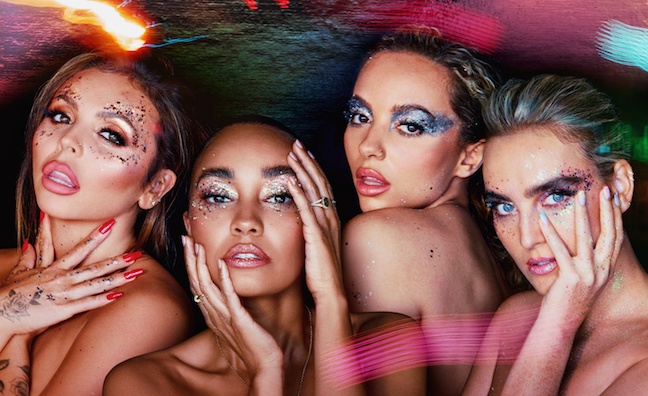 Producers of the 2020 MTV EMAs have opened up on the innovations behind this weekend's "unique" event, which will be shot from multiple locations in London and Hungary due to the Covid-19 pandemic.

Hosted by Little Mix, the two-hour show will air on MTV from 8pm on Sunday, November 8. Broadcast from a virtual set, it will also focus on four iconic locations around Hungary - the official partner of the 27th EMAs.

"We feel fortunate to get to work on this big global event and help bring some entertainment, escapism and joy to the world at large, EMAs executive producer Bruce Gillmer told Music Week. "The environment of Covid brings about many changes and levels of complexity, with the health and safety being number one. So it has put us in a position to take an entirely different approach. It almost forces our hand to be even more innovative."

Because of the travel restrictions, we shot the artists in the territories they happened to be in at the time, instead of flying everybody to one common location

Superstar DJ David Guetta will perform on a stage built in the pool of the Széchenyi Bath, while other performers will include Alicia Keys, Sam Smith, Maluma, Doja Cat, DaBaby, Yungblud, Zara Larsson, Karol G, Tate McRae and Jack Harlow.

"Due to the fact that we have a virtual set and we're not fixed in one territory, we worked with 11 different partners and locations," said Gillmer. "So because of the travel restrictions, we shot the artists in the territories they happened to be at the time instead of flying everybody to one common location. Some are shot in a virtual reality space, some are shot in XR and some are shot externally.

"You've got this real eclectic mix of performances - even more so than you would you would have had we have been in one venue in a fixed space - and that's really something we're excited about. I think that will resonate with the fans and really help build up the anticipation from performance to performance. It could be the most diverse line-up of performance creative that we've seen."

"We've embraced technology in a way that we've never done before," said producer Debbie Phillips. "We've created a really exciting environment - something we're proud of - that will house our awards show this year. Ordinarily, we would be going into a venue where you have certain restrictions. But in this instance, we were able to create our ideal environment."

"When we were pushed to this new virtual environment, it pushes the boundaries - we could create the largest arena ever," added Gillmer, president of music, music talent, programming and events for ViacomCBS Media Networks. "We have this arena that is a series of concentric circles and there's no roof, so it looks like it just goes up into the stratosphere.

"The performances, the presenters and our hosts are then composited into this virtual set, so it gives you the look and feel of an awards show, but  with this almost futuristic feeling of scale that defies the boundaries that we're used to."

Viewers will be given a tour of Hungary, led by David Guetta and Hungarian supermodel Barbara Palvin, who will explore the country’s scenery, architecture, landmarks and sights.

"In a year that has seen so much darkness and challenge, we're looking forward to, of course, acknowledging that at the top of the show, but at the same time give the worldwide audience an opportunity to escape from it all and enjoy themselves for a couple of hours and let the music unite everybody," added Gillmer.

"Throughout the whole pandemic, what we've heard most from artists and fans alike is that they really miss experiencing music live. The artists miss performing in front of their fans and the fans, of course, miss that incredible experience of attending a live show.

"In this virtual arena, you're going to have a significant amount of live audience via Zoom - they're integrated into our set in a very unique way. There will be real fan energy and a fan presence, which is something we're thrilled about."

*To make sure you can access Music Week wherever you are, subscribe to our digital issue by clicking here.