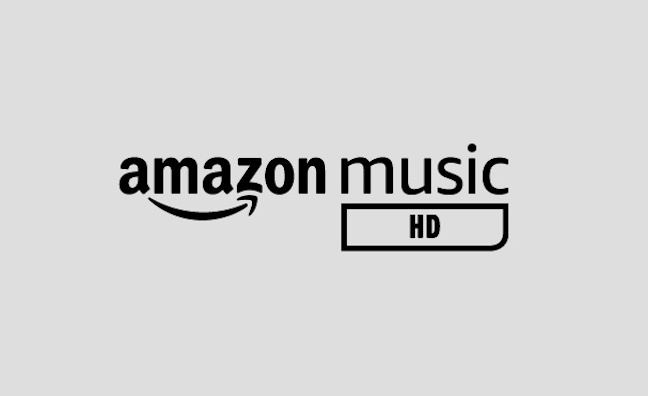 The new tier is priced at £14.99 a month, or £12.99 for Prime members - a £5 additional cost to cover Amazon's licensing deals with the labels on premium quality music.

“We spoke with many artists while developing Amazon Music HD, who were excited about the potential for fans to be able to stream their favourite music, and hear it as it was originally recorded,” said Steve Boom, VP of Amazon Music. “From rock to hip-hop to classical and pop, we believe listening to music at this level of sound will make customers fall in love again with their favourite music and artists. As we usher in a new listening experience for our customers and the industry, we’re combining the convenience of streaming with all of the emotion, power, clarity and nuance of the original recordings.”

In a coup for Amazon, Neil Young - a longtime critic of MP3's audio quality - has come out on support of the new tier.

“Earth will be changed forever when Amazon introduces high-quality streaming to the masses,” said Young. “This will be the biggest thing to happen in music since the introduction of digital audio 40 years ago.”

HD music is something that should be a mass market product

While premium quality music streaming (also known as hi-res streaming on some platforms) has remained a largely niche activity, Amazon Music's launch could potentially take it to a wider audience - as well as boosting labels' revenues.

"When you ask people if they're willing to pay for high-quality sound, they say yes," Paul Firth, Amazon Music UK director, told Music Week. "What our approach has been here is that we want to try and think about HD music as being something that should be a mass market product. We want to try and change the thinking on this from being, 'It's an audiophile product with a small market', to being, 'Why wouldn't everyone want this?'"

Qobuz was the first to focus on premium quality streaming, while Tidal has partnered with MQA on master-quality recordings. Music Week has confirmed that Amazon is powering its HD service with its own streaming technology.

Deezer also has a CD-quality FLAC service for £19.99 a month. For physical music, the Super Audio CD (SACD) format failed to take off after it was introduced in 1999. Sony has recently unveiled its new 360 Reality Audio.

Music Week has tested the new Amazon HD service, which delivered impressive results via iPhone with an external DAC playing on a hi-fi system, across multiple genres ranging from rap and classic rock to pop and classical. Tracks can be streamed or downloaded for offline listening. Helpfully, the app indicates the quality of the music playing at any time.

Firth said that Amazon Music has grown its service thanks to a combination of convenience, selection and value.

"But what's been missing along the way is the focus on quality," he said. "And we think we're now at the stage of evolution, with the increased bandwidth people have access through their network and wi-fi, that actually we should be able to reach the point where people don't have to make that trade-off any more, you can have both. So convenience is built in with the way that streaming has worked, and now it's time to bring quality back as well."

He added: "We know that matters to customers, every time we've ever surveyed customers about what they care about in a streaming service, quality of sound is one of the top three things - the others are ease of use and the selection, a wide choice of music. And we know when we talk to artists that they care, some care a lot, very passionately about it. So it felt really right to us that, actually, there is a market segment out there for people who do want to hear high-quality sound."

Amazon said that Ultra HD would deliver "revelatory" experiences for listening to classic albums such as Fleetwood Mac's Rumors and Miles Davis' Kind Of Blue. Files that were formerly compressed for digital streaming will now reveal the nuances in the original recording.

Amazon Music HD will play the highest quality audio the customer’s device and network conditions will support. It is compatible with a variety of devices, including desktop, mobile (iOS & Android), select Echo devices, Fire TV, and Fire Tablets. Third-party devices that support the HD tier include most products from Denon and Marantz with HEOS Built-in, Polk Audio, Definitive Technology, Sonos, McIntosh and Sennheiser.

The industry standard for the alternative system of hi-res audio is superior to CD quality.

Spotify and Apple Music have yet to launch premium quality music streaming options.