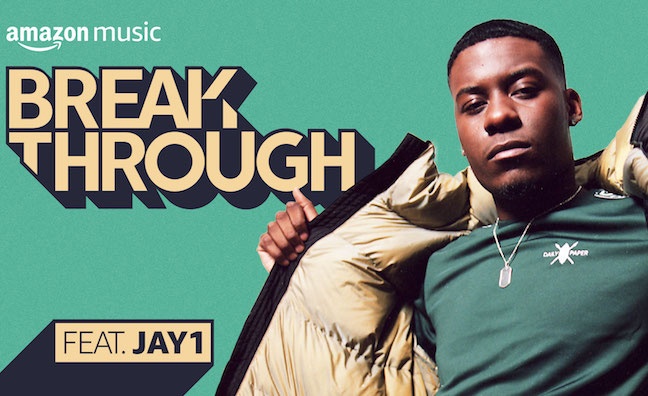 Drawn from the UK, US, and Germany, Amazon Music will work with each Breakthrough artist and their teams to develop a long-term, customised global plan tailored to the needs of each artist. This support includes: video and audio content, global marketing, increased visibility across Amazon Music’s playlists and programming, and high-profile Amazon Original tracks.

“Amazon Music is uniquely positioned to support developing artists,” said Kirdis Postelle, global head of artist marketing for Amazon Music. “By using all of Amazon’s marketing resources, Breakthrough campaigns will be true collaborations between the artist and Amazon Music, with each campaign centered around the artist’s brand and vision.”

Mini-documentaries include Jay1’s rise in Coventry’s rap scene, Kiana Ledé’s jump from acting to music and Provinz’s place in the German music scene.

Both Arlo Parks and Jay1 appeared on Amazon Music UK’s Ones To Watch and have featured as lead Weekly One artists. They have also been cover stars of core Amazon Music playlists including Brand New Music, UK Fire and Fresh Rap.

Arlo Parks said: "I feel blessed to have been picked by Amazon Music as one of their Breakthrough artists. I can't wait to collaborate with Amazon Music to realise my creative vision and push the boundaries of my artistry."

As a part of Breakthrough, Amazon Music is also revealing a new global playlist under the same name, which will serve as a home for music from rising artists from around the world. It covers multiple genres and languages and is available across all tiers of Amazon Music.