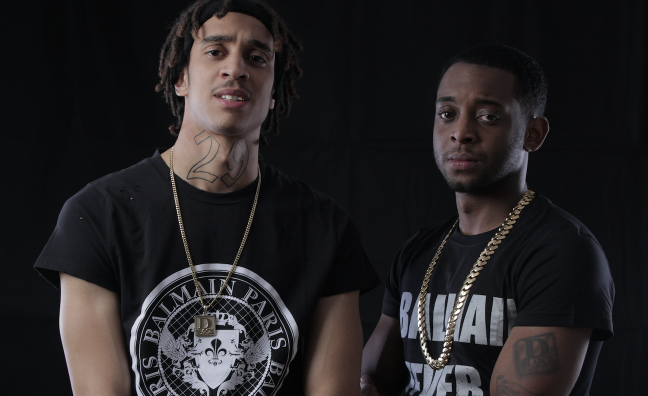 D-Block Europe (pictured), who have achieved significant chart and live success over the past year, are the first cover stars for Wxved, which will also feature a range of acts including Nafe Smallz, Yxng Bane, M Huncho and Ay Em.

D-Block Europe said: "We’re hyped to be the first ever cover stars of Apple Music’s new Wxved playlist, shining a light on the best music on the UK streets right now. We’re grateful for Apple Music’s ongoing support and to have become the most steamed group on Apple Music in the UK this year.”

D-Block Europe, who release music through their own imprint, backed by Caroline International,  have received support across Apple channels including its flagship Agenda playlist. They are frequent guests on Charlie Sloth’s Beats 1 show.

With a new cover star each week, Amazon’s +44 brand aims to showcase black music and culture and will offer fans orginal performances, interviews and storirs through its new Instagram channel.

The first such feature is a series of short documentaries called Artist Spotlight, which this week will focus on three collectives on the +44 playlist, Mini Kingz, Essie Gang and Loski, Blanco and MizOrMac.

Loski is interviewed about the UK scene and more, Oscar #Worldpeace will discuss life in Mini Kingz and Octavian’s Essie Gang group will reflect on showcasing UK culture around the world.