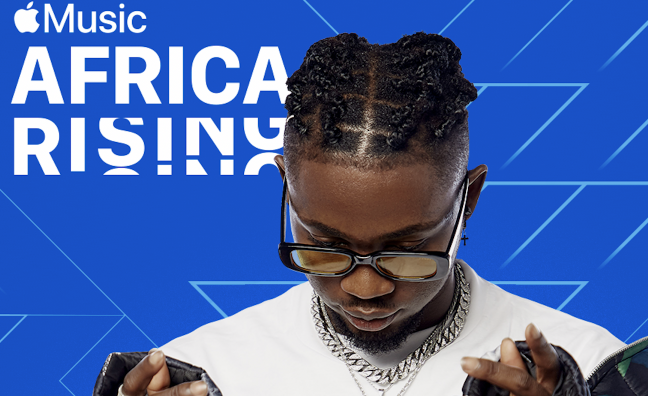 Nigerian-born artist Omah Lay has been unveiled as the debut cover star for the project, which will run bi-monthly and comes with a companion playlist.

Apple Music’s African editorial team will choose the featured artists, who will then be amplified on the platform on the continent and internationally. The playlist will be made up of music by each the cover star along with a selection of other emerging acts.

Omah Lay said: “I have always used Apple Music, seeing my favorite artists on playlist covers and features but here I am looking pretty as Apple Music’s first Africa Rising artist. I am overwhelmed, dreams really do come true.”

I am overwhelmed, dreams really do come true

Cuppy, host of Apple Music’s Africa Now Radio show, added: “I’m so excited that my fellow Nigerian Omah Lay is Apple Music’s first Africa Rising artist. This new program and its playlist will elevate the next generation of African superstars and bring them to the world.”

Lay began his musical career as part of rap group Lil King, before trying his hand at production and eventually beginning to release music under his own name.

In 2019 he released two singles Do Not Disturb and Hello Brother. His debut EP Get Layd has been the No.1 album on Apple Music Nigeria since its release in May this year.

A new interview with Lay is now available on Apple Music.

Apple Music is available in 33 countries in Sub-Saharan Africa and has launched a raft of new initiatives including a series of ‘At Home With’ playlists curated by African artists including Simi, Fireboy DM and Sun El-Musician. Nigerian act Rema has also featured as part of Apple’s Up Next series.