Apple Music, Spotify and the battle for streaming supremacy 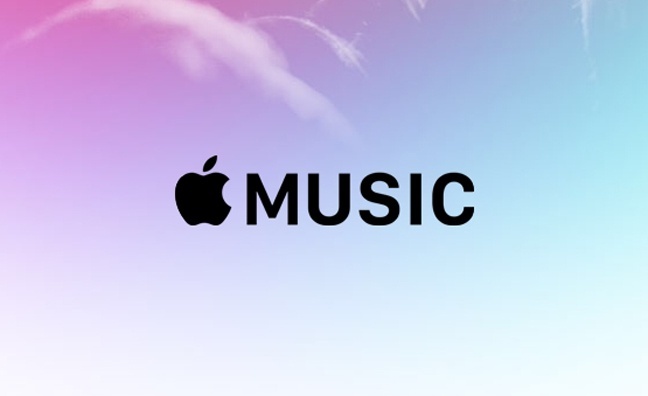 Coke vs Pepsi. McDonald’s vs Burger King. And now, Apple Music vs Spotify is shaping up to be one of the great corporate rivalries of the modern age.

The two giants of the streaming sector have been locked in an increasingly titanic struggle of late, as the global streaming market expands exponentially and financial institutes queue up to predict the music business could end up more lucrative than it’s ever been before.

Then, this week, Apple poached George Ergatoudis from Spotify to become the new head of Apple Music UK. That move brings an intriguing espionage-style twist to the battleground and means that, after the phoney war of the last few years, this is starting to look like the real thing.

Amazon, YouTube and others may yet play a part of course, but who really has the upper hand in the battle of streaming’s Big Two? Music Week weighs up the contenders…

Spotify announced last month that it now has 75 million subscribers, up from 71m at the end of Q4. In April, Apple Music said it had 48m. But while that seems like a big gap, Apple is closing it fast, and is projected to overtake its Swedish rival in the US by the end of the year, with many iTunes users transferring straight across to the streaming service. Other developed digital markets may follow suit, but Spotify still has a big lead globally, plus the benefits of its enormous free tier. But then it also had a seven-year headstart. Momentum counts for a lot in digital markets, and Apple definitely has that.

Ergatoudis is not the only talent leaving Spotify. Mark Williamson, its global head of artist & industry partnerships, has gone; Tuma Basa, the man behind Rap Caviar, has joined another potential rival, YouTube; while Dave Rocco, global head of artist & label marketing, has joined Universal. Other long-time staffers Kevin Brown, Stefan Blom and Angela Watts have also departed. In some ways, Spotify is a victim of its own success, with deep-pocketed rivals poaching its staff. But could the continued whispers about an increasingly corporate culture at Stockholm’s finest also be contributing to the staff churn?

Momentum counts for a lot in digital markets, and Apple definitely has that

Apple has not tended to recruit so many high-profile execs up to this point, bar bringing in former Radio 1 DJ Zane Lowe to head up Beats 1. The arrival of Ergatoudis, as well as that of another former BBC Radio 1/1Xtra tastemaker, Ryan Newman, suggests that policy may be changing. Apple’s curation may not be as highly rated by the biz as Spotify’s, but the signs are it plans to change all that, and fast.

As Spotify’s once free-and-groovy Swedish culture becomes more American and corporate, so Apple Music’s buttoned-down/say-nothing persona shows a few, minor signs of loosening up. Both companies share the tech company “our way or the high way” DNA but, while Spotify have shown much greater flexibility in recent years, allowing premium-only windowing, making friends with Taylor Swift and so forth, it has also walked a fine line when it comes to antagonising the biz with some of its policies. Post-iTunes, Apple Music has had to adjust to not being market leader, but its deep pockets – and subsequent better deal terms – have won it plenty of goodwill.

Spotify’s IPO valued it at over $25 billion, and that value has increased further in recent weeks as analysts upgrade their stock ratings. But Apple’s cash reserves alone, at $250bn – yes, that’s two hundred and fifty billion – are 10 times Spotify’s IPO valuation. It might seems strange to think of a $25bn company as the poor relation, but if the global streaming battle comes down to marketing spend alone, Apple definitely has the whip hand. Fortunately for Daniel Ek, Spotify has first-mover advantage. But will that be enough? Watch this space...