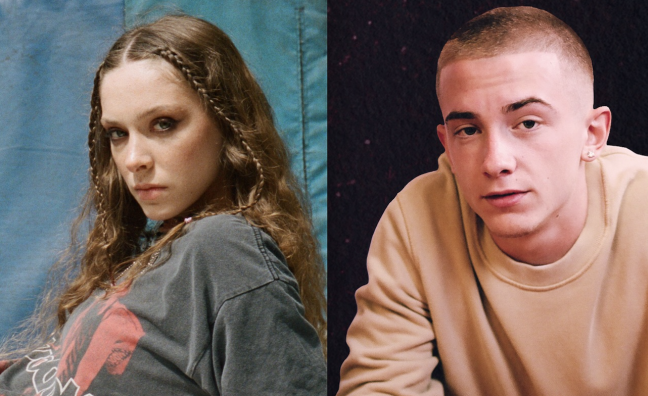 YouTube Music has named two acts for the Artist On The Rise programme in 2021: teenage rapper ArrDee and indie-pop singer-songwriter Holly Humberstone.

YouTube Music’s Artist On The Rise gives fans around the world exclusive access to the journey each artist has taken so far, as well as their hopes for the future.

Whilst ArrDee and Humberstone are two very different artists, YouTube Music has been fundamental to both their rises to date.

Since his breakthrough single 6am In Brighton released in March 2021, ArrDee has seen a huge rise. Whilst his debut freestyle Cheeky Bars marked him as one to watch and has since amassed 5.3 million views on YouTube, Oliver Twist peaked at No.6 during a month-long run on the Top 10 and is about to hit 25 million views.

With the support of GRM Daily’s channel, ArrDee has received over 200 million views on YouTube this year alone. ArrDee’s new single is Flowers (Say My Name).

ArrDee said: “Can’t believe last year I was working in a warehouse and now I'm a YouTube artist on the rise! Lit.”

Humberstone also cultivated an audience via YouTube initially in 2019. Mixing short, self-filmed original songs with her covers of Bon Iver, Clairo and Khalid provided Humberstone a platform which led to a tour supporting Lewis Capaldi, and a subsequent deal with Polydor and Interscope.

Humberstone came second in the BBC Sound Poll and was nominated for the Ivor Novello Rising Star Award. She is currently completing a UK tour, and will be releasing her second EP, The Walls Are Way Too Thin, in November.

Humberstone said: “YouTube has been instrumental in presenting my music videos to fans and allowing me to communicate with them through a visual medium. It feels like a true honour to be chosen as YouTube's Artist On The Rise and I can't thank you enough for helping on this crazy ride.”

Dan Chalmers, YouTube music director of EMEA, commented: “These two very different artists both display undeniable raw talent – their rise is indicative of how you can achieve great success on YouTube and build a global fanbase no matter what your genre.  Holly’s storytelling is absolutely standout, whist ArrDee’s depiction of modern life in Britain is vital and engaging.  They both deserve to be given the accolade of Artist On The Rise and we are proud to be a part of their journey.”