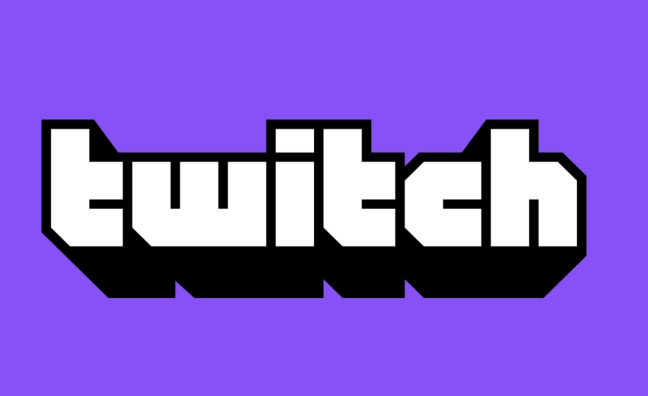 Following last month's open letter to Amazon CEO and founder Jeff Bezos in which the group appealed for clarity over Twitch licensing, the group has now said that “a handful of livestreams is no substitute for a sustainable music ecosystem”.

“Time will tell if this service proves to be valuable to artists and fans or if it’s just window dressing by Amazon seeking to distract Congress and the creative community from the far more fundamental problem – Twitch’s failure to license and pay for music on its millions of streams and channels,” read a statement from the ARA.

“A handful of one-off livestreams is no substitute for a sustainable music ecosystem with fair pay and fair treatment for creators every time their work is used.”

The letter comes in response to the news that artists can now deliver live concerts, live streaming sessions, and other live content from Twitch directly to the Amazon Music app.

Read the letter in full below:

We are the Executive Board of the Artist Rights Alliance, a non-profit organization comprised of working musicians, performers, and songwriters fighting for a healthy creative economy and fair treatment for artists in the digital world.

We respect Amazon and its many products and services that help fans and audiences find and enjoy creative works. We appreciate that Amazon offers a number of properly licensed streaming services.

Amazon’s Twitch subsidiary, however, is not one of those services. We have closely followed the rising controversy surrounding Twitch’s hosting and delivery of unlicensed music and the company’s apparent unwillingness to do anything beyond the most minimal and inadequate effort to process takedown requests and shift responsibility for systematic unpaid use of music on the platform to its users. For this reason, we were grateful that Representative Kelly Armstrong raised Twitch’s licensing issues during your recent testimony before the House Judiciary Committee’s Antitrust Subcommittee.

We were appalled, however, by your inability or unwillingness to answer even the most basic question about Twitch’s practices in this regard.

Mr. Armstrong asked if it was correct that, “Twitch allows users to stream music but does not license the music.” You responded “I don’t know” and said you would look into it.

Given that Amazon is deeply involved in the music business with multiple overlapping products and services that involve licensing questions, including Prime Video, various Music services, audible books, and its massive Alexa and Echo home assistant business. The company has owned Twitch since 2014 — during which time the platform has grown into one of the “the most prevalent live music streaming medium[s],” including recently signing a multimillion dollar exclusive with the acclaimed rapper and record producer Logic. And Twitch itself has long been aware of its licensing challenges and shortcomings according to a recently surfaced memo on audible scanning operations sent to its users the year Amazon acquired the company.

As Twitch uses music to grow its audience and shape its brand, the company owes creators more than the willful blindness and vague platitudes you offered during your Congressional testimony. For working songwriters and performers, fair royalties on a growing platform like Twitch can literally be a matter of life and death — the difference between having a place to live and homelessness and having access to health care or being uninsured. For other it’s the difference between being able to work as an artist or having to give up a lifetime of dreams.

For all these reasons, we ask you to provide a public answer to Congressman Armstrong’s question — does the Twitch platform allow users to post or stream unlicensed music? If the answer is “yes” we further ask you to explain what you are doing or plan to do to proactively stop that from happening and ensure that artists and songwriters are paid fair market value for the work when it is performed on Twitch?