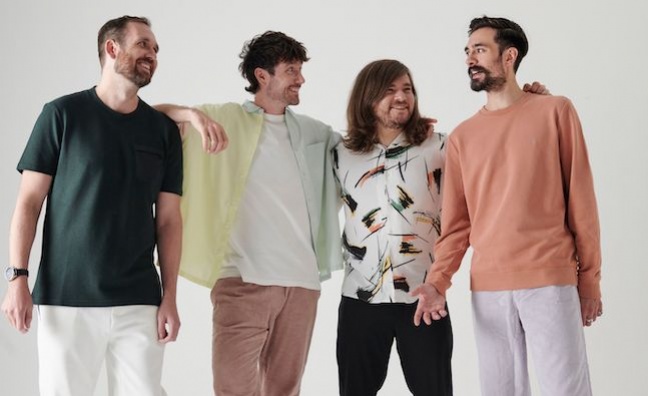 As reported in Music Week, Bastille have embraced music and tech innovation on their No.1 campaign for the Give Me The Future album.

The band have now launched the Give Me The Future Experience in partnership with creative company WPP and EMI Records. It has been built using Epic Games’ Unreal Engine.

Fans from anywhere in the world were able to scan themselves into these worlds as stylised avatars and interact with the real-life band members as they performed on stage, re-inventing the metaverse meets live experience whilst elevating the human connection.

Fans can now experience these performances as a VR experience on the Oculus Quest app - a link is available on the YouTube video. They can journey through the futuristic worlds on the record whilst experiencing exclusive live performances, including a special version of the band’s single No Bad Days.

Dan Smith, frontman of Bastille, said: “As a band, we try to shy away from what’s expected. Our new album Give Me The Future is about our relationship with technology, and we really wanted to do something that pushed the boundaries of what’s currently possible and that looked towards what’s to come in the future. This is the next level of interactivity within music.”

Dinushi Perera, creative director at EMI Records, said: “This is a defining moment for EMI - an opportunity for us to deliver one of many explorations into the ‘Future Of Music Experience’. This passion and commitment to shape the future of music anchors around leveraging emerging and disruptive technologies to explore new ways of bringing artists and music closer to fans than ever before, creating space to make a transformation within the industry.”

Rachel Stones, Unreal Engine business development manager at Epic Games, added: “WPP created a living, breathing world in which the artists and virtual attendees were able to interact with each other in amazing virtual environments. By embracing Unreal Engine, the team had the flexibility to move and iterate on hero assets in real time, and this will change the way production teams think about the future of live events and build for the metaverse.”

Stephan Pretorius, CTO at WPP, said: “We believe in creativity powered by technology which is why we were so excited to partner with EMI and Epic Games to not just imagine but also realise the future of music experience. The alchemy of partners and expertise allowed us to push technological boundaries to deliver an experience for the band and fans which sets the bar for how we perform and participate in music in the future.”