Classical music streaming on the increase with younger fans 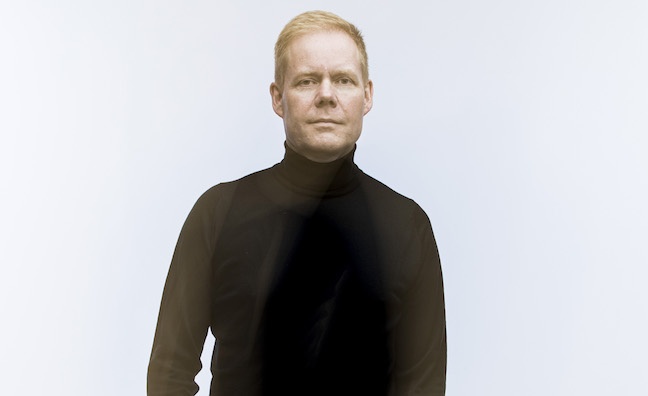 Classical music streams have continued to rise among young fans, with lockdown accelerating the trend, a new report has revealed.

Deezer, the BPI, and the Royal Philharmonic Orchestra (RPO) commissioned the joint report, which uses official streaming data and UK consumer market research. It shows 18-25 year olds accounted for a third (34%) of classical streamers worldwide in the last 12 months. A significant 37% of UK classical music fans on Deezer were also under 35 years old, with global streams from this age group rising by 17% in the last year.

Nationwide research from the RPO found that under-35s were also the most likely age group to listen to orchestral music during lockdown – 59% compared with a national average of 51%. This is in contrast to BPI’s consumer purchasing data from a decade ago, showing just 10% of listeners were under 30, with 70% over the age of 50.

Oscar-winning film composer Alexandre Desplat said: “It’s heartening that the appeal of classical music is clearly expanding and connecting with a broader and younger audience. The ease of discovery and connectivity through streaming must be playing its part, but so too is the global reach and power of film soundtracks, which draw such inspiration from classical composition.”

Since the start of the Covid-19 pandemic and resulting lockdown, classical streams by younger listeners continued to rise. Between February and April 2020, Deezer’s global plays of classical music among 18-25 year olds grew by 11% year-on-year.

RPO’s research found 35% of respondents under 35 felt listening to orchestral music during lockdown had helped them relax and maintain a sense of calmness and wellbeing. A further 18% said the genre had lifted their spirits in isolation. Streams of Wolfgang Amadeus Mozart and Johann Sebastian Bach grew in popularity during the pandemic

Max Richter said: "It is wonderful that new audiences are coming to classical music during this time of anxiety. Streaming offers listeners the chance simply to follow their enthusiasms through the musical universe without any boundaries, and I’m really happy to hear that many people are turning to classical music for the first time. As well as being a historical art form, classical music is also part of what is happening now and it is great to see more people embracing it.”

The RPO’s research results also suggested under-35s were the most likely group intending to support arts organisations once the Covid-19 restrictions are lifted, to help them make up for lost income (64% compared to a national average of 43%).

The demand for classical during the pandemic can be linked to a new generation of young talent, including Jess Gillam and Sheku Kanneh-Mason. Kanneh-Mason’s streams increased by 64% week-on-week after lockdown.

The playlist Feel Good Classical, featuring artists like Jess Gillam and Lang Lang, soared in popularity as lockdown took hold. It peaked on March 19, when its UK streams rose dramatically by 424% compared to the week prior. Over a third of its listeners (36%) were aged under 35.

Deezer’s Calm Piano continued to be the genre’s most popular playlist in March, particularly in London. The number of under-35 users of the streaming service’s Classical For Sleep playlist rose by another 10%, to over half (52%). Streams of this playlist also spiked by a huge 284 per cent across all age groups during this time.

Jess Gillam said: “To know that an increasing number of young people are engaging with classical music is absolutely brilliant news! In times of distress and desperation, music can inspire, unite and transport and I think this trend outlines the magic of the art form. Classical music is a genre that listeners can sometimes approach with certain preconceptions and I think, as humans, our brains are wired for categorisation.

“With music, I feel it is impossible to place something in a category, genre or box that can sufficiently provide us with enough information about what on earth the music may sound like, the emotions it may evoke or even the style of composition – the immeasurable entity we call ‘music’ is inexplicable, something so powerful and evocative: beyond categorisation.”

Classical listeners on Deezer stream 4.4% more than average streamers, while listening to 38 defined genres of music on average – compared to fans of other genres, such as rock, who on average listen to 15 genres. Classical fans are also more likely to be male. In the last year, 71% of both worldwide and UK Classical streamers were male.

Classical listeners also show a greater appreciation of the album, streaming more albums in full than fans of other genres. Just over a quarter (27%) of the clicks made by classical fans in May 2020 were specifically on albums. This compares to just 5% of clicks on albums by pop fans.

Yannick Fage, Deezer’s Classical Music Editor, who is responsible for 36 Classical playlists on its dedicated channel said: “Classical music is often associated with older people, but it’s exciting to see how mood listening and a new generation of talent can flip this on its head. Classical is a diverse and rich genre and working with the BPI and the RPO has given us the opportunity to dispel some of the typical stereotypes associated with it. Our data shows how streaming is helping to create a broader fanbase for Classical music and artists. I highly recommend people of all ages to explore Classical if they haven’t already!”

Chris Green, BPI’s director of research, said: “This study brings into sharp focus a gradual trend that we have been seeing, and to which the lockdown is giving added impetus, of Classical appealing to a younger audience. Last year the BPI reported a 42% annual rise in UK streams of classical music, driven in part by exciting new talent such as Sheku Kanneh-Mason, Alexis Ffrench and Jess Gillam. Streaming is providing a gateway for younger music consumers to discover classical in all its delights, ranging from Mozart’s symphonic masterpieces to Ludovico Einaudi’s more contemporary compositions.”

James Williams, MD of the Royal Philharmonic Orchestra, added: “The lockdown era broke the consumer’s connection with live concert hall experiences, which is the heartbeat of the music industry. Despite the enormous challenges, music lovers adapted during lockdown. At a time of crisis and anxiety, music has become more important to people as an expression of hope, giving some the strength to endure and for others serving as a tonic to support their mental health and wellbeing. As attention turns to rebuilding the country, music will continue to have a vital role to play to help people re-engage with society, friends and the work routine – whether this be listening to recorded music, attending a concert or, indeed, the joy of mastering a musical instrument.”

The Deezer, BPI and RPO report also outlines the top streamed classical artists and composers this year on Deezer, across the UK and the world. Ludovico Einaudi, was the artist that streamed the most, taking the top spot worldwide, in the UK and Germany.

The top performing artists and composers of 2020 worldwide:

The top performing artists and composers of 2020 in the UK: