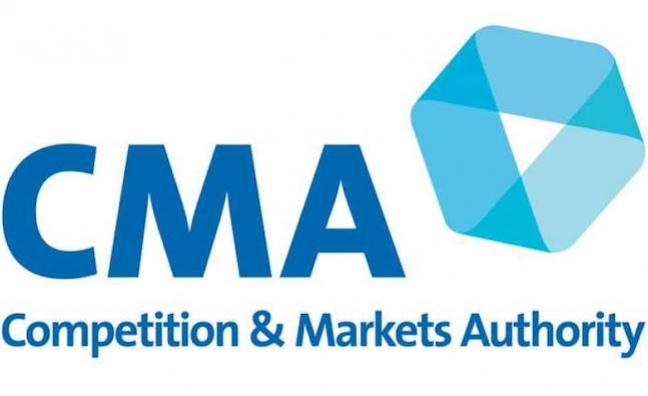 Following a market study, the Competition & Markets Authority has found that streaming is working well for consumers.

The CMA launched its market study six months ago and has served notice that it is proposing not to refer the case to a full investigation into the streaming market.

The CMA began to look into the streaming market and power of labels following the DCMS Committee’s report into the economics of streaming, which called for fundamental reforms to boost remuneration for artists and songwriters.

However, label bodies such as the BPI suggested that regulation could impact the investment in artists at a time when UK labels are competing for international market share.

Geoff Taylor, BPI chief executive, said: “We welcome the CMA’s preliminary findings, which have concluded that the streaming market is competitive, providing artists with more ways to release their music, and fans with more choice and value than ever before. We and our many and varied record label members are focused on investing in British artists, building their global fanbases, and sustaining the continued success of British music. We will continue to engage with the CMA and government to help ensure that the streaming market works to the benefit of artists, songwriters, record companies and fans.”

AIM CEO Paul Pacifico said: “We welcome the CMA’s update report which reinforces what we know – that building success in music is hard – and underlines the need for organisations across music to work together to secure positive outcomes for the sector. Ultimately, AIM’s community of creative entrepreneurs want to be assured they are fighting a fair fight, and we will continue to work across industry and government to help ensure UK music remains world-leading.”

We will continue to engage with the CMA and government to help ensure that the streaming market works to the benefit of artists, songwriters, record companies and fans

Sarah Cardell, interim chief executive of the CMA, said: "Streaming has transformed music. Technology is opening the door to many new artists to find an audience and music lovers can access a vast array of music, old and new, for prices that have fallen in real terms.

“But for many artists it is just as tough as it has always been, and many feel that they are not getting a fair deal. Our initial analysis shows that the outcomes for artists are not driven by issues to do with competition, such as sustained excessive profits.

“We are now keen to hear views on our initial findings which will help guide our thinking and inform our final report.”

The Entertainment Retailers Association (ERA) noted that recent forecasts from Goldman Sachs and the consultancy Midia suggest that UK streaming revenues will grow by a further 70%-100% by 2030, with the vast majority of that digital dividend flowing to the music industry. ERA also welcomed the progress which has already been made in the parallel process initiated by the DCMS and the Intellectual Property Office, and pledged its commitment to do what it can to improve transparency, data standards and data quality.

ERA CEO Kim Bayley said: “The transformation and return to health of the music industry through streaming is an incredible success story, driven by the innovation and investment of streaming platforms. We need to continue to build on that success and ensure that the market works for everyone involved.”

The study found that there are 39 million monthly active users of streaming services.

“Our study has assessed the impact streaming has had on the music sector and whether competition is working well for consumers by delivering high-quality, innovative services for low prices,” said the report. “Although our primary focus is on consumers, we have also considered the position of songwriters and artists, to consider concerns raised by some stakeholders that the market is not serving creators’ interests sufficiently.”

The CMA has not acted to address the impact on the creative songwriting community, and this is a missed opportunity

The CMA will share its analysis with the Department for Digital, Culture, Media & Sport (DCMS), the IPO and the Centre for Data Ethics and Innovation (CDEI) to help inform their work examining whether artists’ rights can be strengthened for music streaming.

The CMA will continue to take representations for its study until a final decision early next year.

The MMF and FAC has expressed its disappointment in the interim findings from the CMA.

Annabella Coldrick, chief executive, Music Managers Forum & David Martin, CEO, Featured Artists Coalition, said: "By their own admission, this initial report from the Competition & Markets Authority is primarily focused on consumers. In that context, we agree that streaming has been hugely positive. The recorded market is booming, and music fans have never had such choice and access to music.

"But when it comes to the impact on artists, songwriters and the creator community, the findings do not represent reality, particularly in the context of record label profits, which are seeing double digit year on year growth. Many of the more complex and contentious issues raised by our members - for instance, around contractual reforms, disparity in negotiating power or the 'blank cheque' advances paid to major labels as part of licensing negotiations - are simply not referenced at all.

"On the face of it, the CMA report is disappointing for music makers. However, all of these issues remain the subject of intense discussion at the Intellectual Property Office, with a stated commitment to legislate if the industry cannot agree to market reform. It is ultimately this process that will deliver the most tangible results for artists, songwriters and music creators, and the FAC and MMF will be placing full focus on achieving a fairer deal for our members either via these IPO workstreams or through legislative intervention."

Merck Mercuriadis, founder and CEO of Hipgnosis Song Management, has also made a substantial intervention today following publication of the report.

"We would like to thank the CMA for acknowledging in its report today the lack of transparency in the music streaming market, and for highlighting the continued dominance of the market by the major labels and recorded music, along with the severely adverse impact this is having on songwriters’ ability to earn a living," he said. "However, with 70% of all those responding to the CMA consultation calling for reform, it is regrettable that the CMA is not minded to investigate and address the clear failures its study identified.

“The DCMS select committee in its July 2021 report on the economics of music streaming - 'Music streaming must modernize. Is anybody listening?' - called for the CMA to address the economic impact of the music majors’ dominance.

“Today the CMA has not acted to address the impact on the creative songwriting community, and this is a missed opportunity to follow up on those concerns raised by MPs on the DCMS select committee. It is a disappointment for songwriters who earn pitiful returns from streaming, not because there is not enough to go round, but simply because it is not being shared fairly and equitably."

Mercuriadis added: “Hipgnosis will continue to call for fundamental reform of a broken system which does not recognise the paramount role of the songwriter in the music ecosystem. We have always believed that the ultimate solution lies within the music industry itself and we will continue to advocate on behalf of songwriters with the major recorded music companies to push for a fair and equitable split. There would be no recorded music industry without songwriters.

“Legislative and government authorities have the power to redress the economic imbalance where major recorded music companies that own and control the major publishing companies are purposefully undervaluing the songwriter’s contribution. The IPO has a key role to play in redressing the imbalance and we will continue to support its work and efforts.

“Hipgnosis will continue to campaign for change at the highest levels, using our success to advocate and fight on behalf of the songwriting community and to take the songwriter from the bottom of the economic equation to the top."