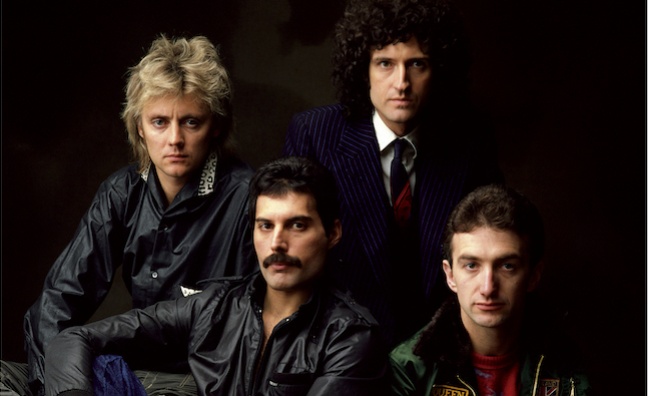 Music Week has published analysis that reveals the increasing longevity of successful catalogue releases thanks to streaming.

In the new edition of the monthly magazine, we investigate how DSPs have helped classic records retain a hold on the charts - and potentially crowded out new releases.

Based on Music Week research, the average length of time on the charts for one of the year’s overall Top 10 albums of 2021 is 98.9 weeks. The calculation is based on artist album sales data from the Official Charts Company for the first six months of the year.

Queen’s Greatest Hits was No.4 overall for the first six months – almost 40 years after it was first released. Currently at No.12, it has logged 958 weeks on the chart and has 146,220 sales so far this year (including 111,014 from streams), according to the Official Charts Company.

Music Week stripped Queen’s collection out of our calculations to prevent its prolonged chart stay - now 958 weeks and counting - exaggerating the impact of classic catalogue in any single year.

The biggest-selling album for the first six months of 2021 is Olivia Rodrigo’s Sour (Polydor/Geffen) with sales to date of 253,538 - but it is the only studio album released this year to make the overall Top 10.

“A Harry Styles fan who purchases CDs will only make their mark in the albums chart in the week of release – a Harry fan who streams will make their mark in the albums chart across a number of weeks,” said Charles Wood, Sony Music UK’s VP of market planning & media. “And because Fine Line is such a fantastic record people keep listening to it – it shows the sheer power a great album can have when it connects with people.”

Warner Music catalogue entries in the overall Top 10 albums of the half-year include Fleetwood Mac’s 50 Years - Don’t Stop (Rhino) at No.6 and 143 chart weeks logged. Ed Sheeran’s Divide, which has spent 232 weeks on the chart, is at No.10 overall based on sales for the first six months. As well as Queen, Universal Music has Elton John's streaming perennial Diamonds at No.9 overall so far this year.

Execs suggested that lockdown and the increasing penetration of streaming have combined to encourage consumption of classic catalogue, especially from smart speakers.

“The combination of a maturing streaming market and a pandemic audience confined to quarters has definitely had a positive impact on some of the legendary catalogue names,” said Derek Allen, SVP, commercial at Warner Music. “If you couple this with Sky Arts and BBC Four devoting a lot of their airtime to retrospective music, then a strong chart performance is inevitable. However, I don’t believe this is a barrier to great new music breaking through.”

“In lockdown there was significant growth in voice and smart speaker usage and we expect this to continue,” added Charles Wood. “We’re excited to see how the streaming market evolves with new technology.”

The growth of catalogue is a global phenomenon. According to MRC Data’s mid-year report of the US market, catalogue album consumption (including both pure sales and streams) was up by 18% compared to the first six months of 2020 and increased its share from 63.9% to 66.4%. In comparison, current releases were up 5.6% (MRC Data defines catalogue as releases older than 18 months).

The Top 40 albums for the first half of 2021 also includes catalogue releases from ABBA, Eminem, Oasis, Michael Jackson, Bob Marley & The Wailers, David Bowie and The Beatles.

However, there is potential for longevity from big new album releases based on previous form.

Dave’s current No.1 album We’re All Alone In This Together (Dave Neighbourhood) is joined in the charts by his 2019 debut Psychodrama at No.66 in what is its 118th chart week.

Billie Eilish’s Happier Than Ever, currently at No.2, is joined by her debut When We All Fall Asleep, Where Do We Go at No.41 in its 124th chart week. It has not been outside of the Top 50 since debuting at No.1 in April 2019.

“We’ve definitely noticed a consistent consumption with Billie’s past records,” said Adam Read, UK & Ireland music editor at Deezer. “She has a much greater percentage of streams coming directly from her albums, compared to average [consumption].”

To read the full report, subscribers can click here.

Subscribers can also read our Q2 and half-year analysis here.