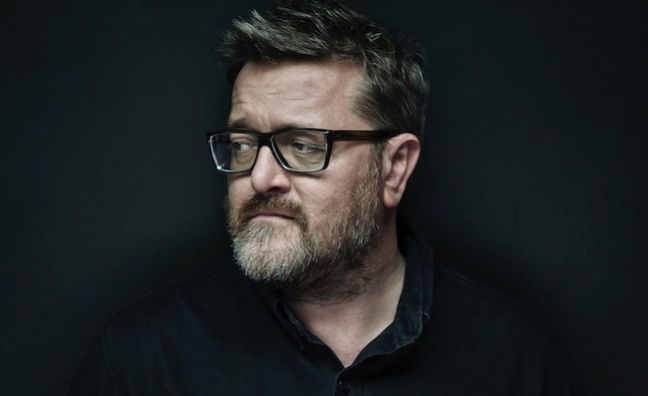 Guy Garvey made an impassioned appeal for changes to the digital economy during his appearance at the DCMS Committee inquiry into the impact of streaming.

The first day of evidence was an opportunity for artists – also including Nadine Shah, Radiohead’s Ed O’Brien and #FixStreaming campaigner Tom Gray – to explain why they don’t think the system is working.

As a BBC Radio 6 Music presenter, Garvey is particularly concerned about the impact on young bands and emerging artists.

Here, in his written evidence to the committee’s streaming inquiry, the Elbow frontman outlines his case for equitable remuneration for artists and a user-centric system for DSPs…

I am the lead singer of the band Elbow and we’ve been fortunate enough to make a living from music since 1998. We’re currently writing and recording our ninth studio album. I’m also a music broadcaster and have had a weekly show on BBC 6 music for the last 14 years. I believe having these two jobs gives me a unique perspective over these questions that I hope will be of use to the committee when making their recommendations.

I’m here because of new music. As a DJ but even before then, from the moment I was given airtime or column inches in the press, I’ve always been passionate about promoting new artists, especially those who are not necessarily perceived as mainstream ‘pop’ artists. Helping them find their audience. Helping their audience find them. In fact, as a member of Elbow, albeit a while ago, I have been new music.

For the past 20 years, Elbow have been nurtured, advised, developed and promoted by Island Records, V2 Records, Fiction Records and now Polydor. We recorded in cathedrals of studios dedicated only to the exploration and deepening of the art form, working with record producers whose art guided and improved our music and whose skills cannot be learned from a book and are potentially, due to the economics of streaming, being lost.

As a presenter, I have seen a whole generation of artists rapturously connect with their listeners and win awards for the excellence of their music, only to quit after or before album two because they simply can’t afford to live. I decided to give evidence to the committee because I believe that we have lost and will continue to lose generations of great British alternative music, because writers and performers are not receiving anything like their fair share of the money that is now being made.

I have been allowed to live as a musician because of the extraordinary talents’ insights and hard work of the creative minds at all the labels we have been lucky enough to work with and because we found our audience when people bought physical records.

Streaming itself is wonderful and has no doubt connected Elbow with a wider international audience. For instance, Elbow played a concert in Mexico in January as we know we have an audience there, an audience that definitely found us in part through streaming services.

Algorithmic curation? Whatever connects music with listeners. But rich, deep, diverse, groundbreaking music of all kinds, given time to nurture and grow in its artistry and invested in on its artistic merits and not its immediacy, is disappearing. Great music still gets through but all too often the artist has another income. The current streaming model favours young, lone corporately sponsored artists. Nobody can afford to be in a band under these conditions.

Equitable remuneration and a user-centric streaming model mean that music other than pop, music loved by hundreds of thousands but deeply loved by those people, gets to grow.

It’s as simple as this. Musicians that are paid for their music attract advances and investment that is then spent on furthering and deepening their art, making it the best it can be. I’m not wishing for the days of musicians becoming multi-millionaires. I’m giving evidence because even musicians who have found their audience cannot afford to live as musicians.

Everybody, artists, music lovers, studio employees, live crew, venues and their staff and of course labels and streaming platforms only benefit from musicians being allowed to live and work as musicians. We are all on the same side here. People are collectively now paying more than ever to listen to music.

I ask the committee to make recommendations that will ensure that music stays as rich, diverse and as good as it possibly can be and in short, music worth listening to for this generation and for future generations.