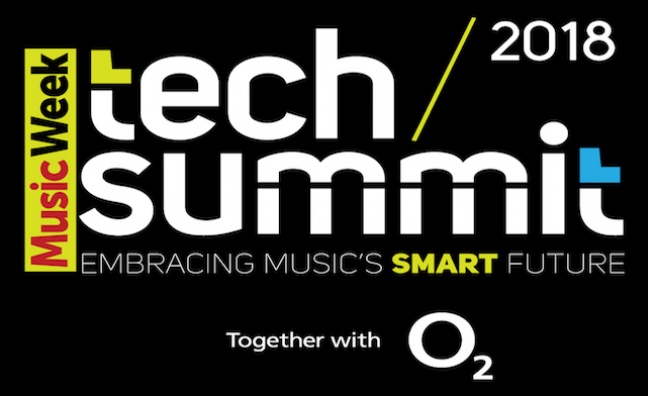 The panel on exploring the impact of technology on digital marketing in the music industry was one that prompted a lot of debate at the Music Week Tech Summit Together With O2 today (September 26). Get the inside track on the evolving music industry from top execs at AWAL, Live Nation, Warner Bros, O2 and MIDiA Research who had their say at The O2…

The music business was hit first and hard by digital piracy. But that meant it also learned fast, according to Aaron Bogucki, VP, digital marketing at AWAL. “We were forced to disrupt ourselves and figure out how to work in that landscape,” he said. Bogucki said the lesson for the industry was to “embrace every technology”, which was why music and YouTube became early partners for the biz. “We may want to tell a broad story about an artist but we are being hyper-targeted,” he added.

While digital has been embraced by music marketeers, Jackie Wilgar, SVP, marketing - international, Live Nation, said the concert giant was still seeing the impact from outdoor advertising. “I would look at it more as a complement,” said Wilgar of digital advertising, who said companies need to be “responsible” with online. Mobile apps are also increasingly important for engaging with fans who attend Live Nation festivals.

“We’ve seen an increase in outdoor,” she said of advertising. “A lot of fans have told us they are hearing about things again from outdoor and it’s driving that experience.” Bogucki noted the increasingly symbiotic relationship, with Spotify billboards on Times Square being amplified on social media: “It can translate into other channels.”

If you want to see how an artist should enact a social media campaign, look no further than Dua Lipa, who’s scored a platinum UK album and racked up over a billion YouTube views for New Rules. The singer is currently adding 500,000 followers every week on her socials.

“The narrative she crafts there is like no other - it’s on another level,” said Sebastian Simone, head of digital Warner Bros Records. “She understands the audience she’s talking to and they can relate to her. That opportunity to have a vast relationship with fans but also a tight-knit one is very powerful."

For Zach Fuller, analyst at MIDiA Research, there’s an opportunity for a shake-up in advertising with agencies who are unhappy about the increasing dominance of Google and Facebook and may switch to Amazon’s advertising platform. “They [agencies] are taking their budgets from Facebook and Google,” he said. The analytics and data from digital advertising is still falling short, according to Fuller. “It’s almost like a kid marking their own homework,” he said.

Don’t forget the power of television to reach audiences in terms of marketing in the digital age. “It’s hard to compete with the impact a big TV ad can have,” said Paul Shulver, head of music sponsorship, O2. “The amount of people you can hit at any one moment is pretty astounding.” Shulver said it was important that “all the other digital channels are optimised with bespoke content” in order to complement a TV campaign. For Bogucki, the evolution of TV is vital with the rise of programmatic TV ads.