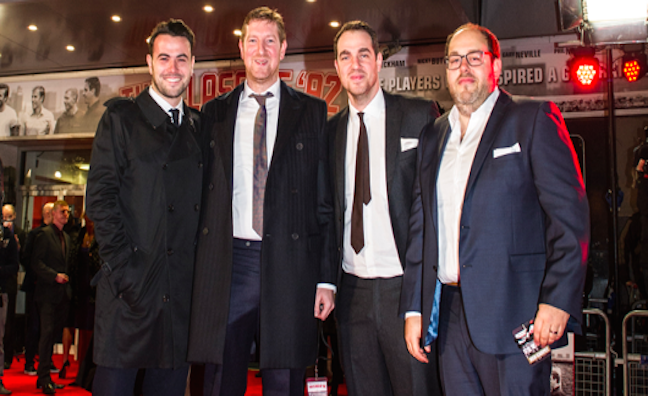 Fulwell 73, which is comprised of partners Ben Winston, Leo Pearlman, Ben Turner and Gabe Turner, has worked on a raft of award-winning projects, spanning music videos, TV, film and commercials. These include the upcoming Usain bolt film I Am Bolt, Class OF 92, Mo Farah: Race Of His Life and Gary Barlow: On Her Majesty’s Service.

In February of this year, the company collected the Best Music Video Brit Award for a record-breaking third consecutive year for its work with One Direction, while Winston also served as executive producer on the UK version of The X Factor. Winston has also produced and directed record-breaking documentaries and movies for One Direction and won an MTV Video Music Award for directing the music video for Best Song Ever.

“Ben and Fulwell’s creativity and willingness to take risks have made them one of the UK’s most versatile, award-winning producers,” said David Stapf, president, CBS Television Studios. “Now, with Ben working his magic in the US, he has redefined the late night arena with The Late Late Show With James Corden, turning it into a multiple Emmy-nominated late night talk show in just its first season. The new Carpool Karaoke weekly series is a great start to our partnership with Fulwell 73 and we look forward to more unique and innovative programming across different platforms.”

“I am so delighted that we are partnering with CBS Television Studios,” Winston stated. “David Stapf and his team have been the greatest partners on The Late Late Show, and I am so excited about what else we can do together going forward.”

“It’s always been a dream of ours to expand into the US, and after the success of The Late Late Show, the opportunity to do so in partnership with CBS Television Studios is one that we can’t wait to start,” added Pearlman. “Less than 10 years since forming the company, we now have a chance to create content with America’s most-watched network and we couldn’t be more excited.”

Both Pearlman and Turner will be delivering keynote addresses at next month’s MUSEXPO Europe in London. Running from September 18-20, the event will feature a number of panel sessions discussing the most pressing issue affecting the industry. Among those already confirmed to participate at the event are UK Music CEO Jo Dipple, BBC Radio 1 controller Ben Cooper, Sony/ATV’s UK managing director and president, European creative, Guy Moot and a whole host of influential figures from across the global music industry.