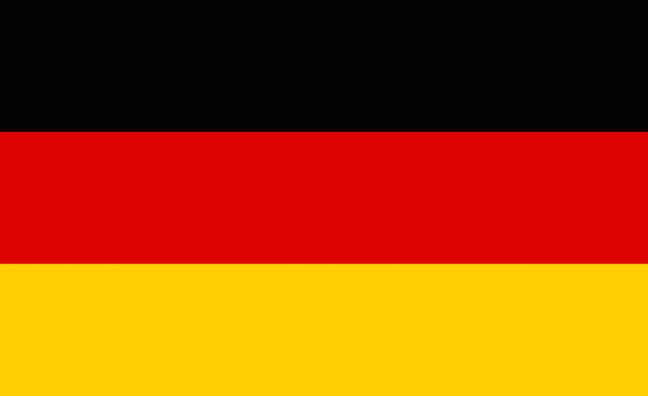 The music market in Germany grew by 2.4 in 2016, according to new figures from German industry association BVMI.

It was the fourth year in a row that Germany’s music market achieved growth, with total revenues totalling €1.58 billion.

In a country that has failed to adopt streaming platforms with quite the same fervour as the UK, digital services boasted the highest growth rate in 2016. Yet despite audio streaming growing by 73.1% over the course of the year, it still only accounted for 24.3% of the market.

Vinyl sales were up 41% to make up 4.5% of the market, but it is CDs that remain the most popular method of consumption in the country. Despite a 9.6% decline in sales, CDs still accounted for a whopping 53.7% market share.

Meanwhile, downloads continue to decline, with sales plummeting 19.4% to make up 12.3% of the market.

BVMI managing director, Florian Drücke, commented: “The growth curve in 2016 might be slightly flatter than in the previous year, but it doesn’t take away from the current overall positive trend within the market.  The fact of the matter is that the 2015 holiday shopping season was given a particular boost by a number of mega-selling albums, whereas 2016 had no equivalent.

“The streaming business was able to more than offset the decline in physical sales with a significant increase of 73 percent. Indeed, it was once more that unique mix of digital and analogue that fuelled and shaped the German market – and ultimately made for a convincing year in the music business.”

Meanwhile, Dr. Mathias Giloth, managing director of GfK Entertainment, added: “The strong demand for music made in Germany continued unabated. German artists were at the top of the Official German Album Charts for 41 of 52 weeks, continuing a trend that has emerged in recent years. The charts included representatives of all genres, including hip hop, pop, rock and metal. In other words, there was something for every type of music fan out there. In the Official German Singles Charts, the share of pop and dance music as well as music by international artists was more pronounced thanks to their inclusion on widespread popular playlists. Streaming has finally reached German consumers.”

Meanwhile, Bernd Dopp, chairman and CEO, Warner Music Central Europe, said: "We are naturally delighted that the market has grown for the fourth year running and the development of streaming distribution is a cause for particular optimism.

"With this renewed double-digit growth in turnover, we have made a significant contribution to this positive market development and can rightly consider ourselves the winner of the year 2016. In view of upcoming domestic and international releases we now look forward very optimistically to the year 2017."