How Web3 could transform streaming: Marine Snow's mission to support artistry and community 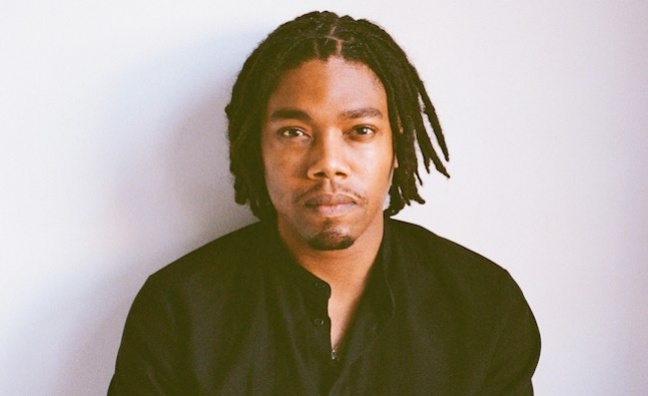 Streaming is set for the next stage of its evolution as Web3 opens up new opportunities for music.

Leading the charge with Marine Snow is Tony Lashley, formerly senior associate in music marketing strategy & operations at Spotify and co-creator of the genre-defying Pollen playlist.

Marine Snow is set to launch on the Apple App Store. It recently launched in beta for invited users, Marine Snow is described as a “digital oasis for inquisitive music lovers”. Its mission is to “reclaim a sense of artistry and community” that’s harder to find on mass market platforms.

Here, Tony Lashley opens up about the vision for Marine Snow…

You have been involved with both artists and the No.1 streaming platform in your career - can you describe your vision for Marine Snow?

“Our ultimate goal is to sculpt strong bonds to and through sublime art. That's a very different view of the world than services that are competing on volume and number of SKUs. I'm much more inspired by SSense than H&M, by HBO rather than basic cable, and by artists that are pushing boundaries rather than middle-of-the-road entertainers, as much as I think both sides of the analogies have value in all of the above. To help sculpt strong bonds to sublime art, we are going out and acquiring specific songs that we think are historically, critically, and culturally important for a 90-day exclusive licence.

“We are taking a hyper-curated approach in an era of information overload when it comes to the songs on the platform, as we will always have - by orders of magnitude - fewer songs than traditional music streaming services. The easiest metaphor to use here would be a gallery with constantly rotating works of art, or a boutique with new pieces two or three times a week. To help sculpt strong bonds through sublime art, we are building a secluded music community for music connoisseurs that rewards and catalyses curiosity, depth, sharing knowledge, activeness, and longevity in your music love and interactions with others. In this way, the most powerful metaphor for what streaming could be is perhaps the Venice Biennale or Sundance Film Festival.”

How is Marine Snow currently developing? How do you see it evolving from its current invite-only form in beta - how will you maintain that community feel?

“After sitting on the edge of the pool with our toes in the water for over a year, I feel excited about swan diving into the wide world of Web3. Though I have been personally excited about the space for a while, we wanted to wait until we had an intentional, nuanced and unique perspective on the space – which I feel like we have now – before entering as a company. There's more to come there soon; we've scattered some clues on what that could look like on various parts of the web as you've seen.

“Your question on how we will maintain the sense of community at scale is a really good one. I don't think my notion of scale is the same as mass market Internet platforms' notion of scale. In 10 years, we'd be happy if we have 1% of the users of traditional music streaming services as our members. In a lot of ways, Marine Snow is an experiment in whether you can build an extremely successful business catering to the top 1 to 10% of music listeners, which is the way that other cultural industries like art and fashion work.”

The easiest metaphor would be a gallery with constantly rotating works of art, or a boutique with new pieces two or three times a week

What are the benefits for artists of a less passive, more invested streaming audience of fans?

“In my personal experience, you can break down what artists care about into three variables, which are sometimes at odds and can shift in order of priority over time. Artists care about resonance, revenue and reach. All true artists want people to feel strongly about their work, and for their work to elicit strong emotions and resonate, and that happens only when their audience is actively paying attention. An artist's music is never going to engender strong emotion if it is soundtracking another activity in their audience's life, and the audience is not really focused on the work.

“Having a more active audience will also ultimately generate revenue, as with most artists a small percentage of their fans that go to their shows and buy their merch are responsible for an outsized portion of revenues. A listener is only going to the show or buying the merch of an artist they really care about, and they are only going to care if they are actively listening.

“Lastly, having a more active audience ultimately expands your reach in the long-term, as passionate fans are much more likely to be your evangelists and to tell their friends about you, which grows your audience better than an IG Story or TikTok campaign ever could.”

What has been the reaction so far to the Marine Snow experience?

“What we've found more than anything else is that our members are really enjoying the music on the platform a lot, which makes me happy. Our members are also excited by the fact that the visual aesthetics and social interactions make the experience feel nothing like an anodyne traditional music streaming service.”

“We're interested in the notion of subscription-as-investment, where every time you pay your subscription fee you are getting a bundle of the Marine Snow product itself along with a stake in the product. This would be like if Nike gave you Nike shares every time you bought Nike shoes. My hope is that we can be a pay-what-you-want subscription with a floor price, and that early and sizeable subscribers are rewarded financially over time.

“From an artist's perspective, we are buying out master and publishing royalties for a 90-day exclusivity window as their first point of revenue. The amount of money we're paying to these artists today is often more than they would make over the lifetime of their median song, let alone just a 90-day window for that song. We know that because we all know how small the per stream rate is. In addition to the overall payment amount being greater, we are paying this lump sum more quickly than traditional streaming services because it is not tied to royalty accounting, so artists are also getting paid months ahead of traditional streaming services.

“Outside of the amount and timing of the money being more beneficial, what has really resonated with artists more than anything else is that we are decoupling the notion of the value of their work from quantity of streams, and telling them that their song is valuable no matter if it gets 100 or 100 million streams. After the 90 days, we will sell digital collectibles that allow fans to keep the memory of the work being on Marine Snow and to show which songs on Marine Snow have meant the most to them, similar to buying a Sandra Mujinga coffee table book after seeing a Mujinga exhibition – and our artist partners will capture nearly all of this revenue.

“Marine Snow is focused on historically, critically, and culturally important artists, across genre, geography, and even time period. We'd happily work with any artist if they met the criteria and wanted to work with us. I'd love to work with a pop artist who wants to put out something that they are afraid might alienate their core fanbase, and wants to segment their audience via a different platform rather than a different alias, as has been done in the past with artists like U2 [Passengers] and Calvin Harris [Love Regenerator].”

What are your plans in terms of growth and commercial roll-out over the next 12 months?

“We're lucky to have some of the best early stage investors in the world on our side and have raised a significant sum of money to help us bring the vision to life. We plan on formally debuting in the App Store soon. We are still in the process of building a lot of those Web3 protocols for Marine Snow, and are trying to figure out how many of them need to be ready to go live in the App Store, and how our ideas intersect with Apple's payment rules.”

How will Marine Snow touch on new areas such as NFTs and the metaverse?

“To be honest, to say something that probably doesn't thrill our investors, I don't really care at all about how much money is flowing around the NFT space, outside of viewing it as an opportunity for historically, critically, and culturally important artists to gain access to resources that enable them to more easily live and achieve their goals.

“What I'm really interested in is how Web3 incubates revolutionary ecosystems that foster new consumer and industry behaviours that ultimately change the music world for the better. The three ideas that are the most important for me to implement are subscription-as-investment; quality-maximising/bias-minimising curatorial governance; and giving artists a stake in the platform. I'm ultimately interested in sculpting strong bonds to and through sublime music, and Web3 incentives are one of the many tools on our tool belt we will use to make that happen.”