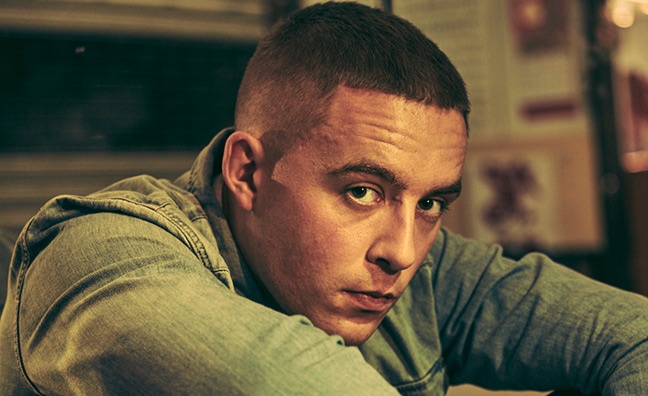 The one-off live performance will be broadcast live from the venue via YouTube and time-zoned to specific regions around the world. Tickets are priced £13.50, while premium and ultimate bundles - offering commemorative merchandise, a signed vinyl 7" and a Zoom call meet and greet with Kennedy - have sold out.

The show, called Some Summer Night, will feature the singer/songwriter's full band and new arrangements of his songs, as well as a special appearance from Irish actor Paul Mescal from the BBC show Normal People.

“The exciting thing about this new model is the opportunity to do something creative and unique," said Ed Millett of Tap Music, which manages Kennedy. "Playing songs as if you were playing a straight show to an empty room will always feel lacking. The opportunity this offers is to rethink the whole thing, work in a more theatrical manner and think about how you can bring these songs to life in new and exciting ways.”

Producer Pete Abbott said: “Having worked with Tap to produce numerous performances over the last 10 years, it was great to be asked to work with Dermot and his team to produce a livestreamed performance with so much potential in such unusual times.

"The raw materials were incredible: Dermot Kennedy, Paul Mescal and a deserted Natural History Museum. The challenges have had to become opportunities; the lack of audience has allowed us to explore performance and filming techniques ordinarily off limits in live performance. These possibilities have enabled us to develop a show which is both compelling for the audience and inspiring for the performers.

"Our approach at Ceremony is music lead, open and collaborative, which has made working with Dermot’s team, our creative collaborators, and the incredibly supportive team at Driift, a huge pleasure. We have learned a huge amount about this new paradigm and are excited to see how it can develop.”

The Island-signed BRIT Award nominee hit No.1 last year with his debut album Without Fear, which has moved 93,305 units to date, according to the Official Charts Company.

“I’m incredibly excited to be playing a show at the Natural History Museum in London," said Kennedy. "To have the opportunity to bring my music into a place filled with so much history and wonderment means so much to me. This is easily one of the most exciting things I’ve ever been involved in and it feels like a privilege to get to put this show on and in this time when I can’t play shows as I normally would, it gives me so much joy to be able to share this event with my fans. Poetry, music and history will all come together for this event and it’s going to be so special.“

Some Summer Night will be his first live show proper since his headline US tour in March where he sold out New York’s Radio City Music Hall. He also recently announced rescheduled UK live dates from April of this year, which have now been moved to April/May 2021, with two nights in Glasgow, Manchester and London’s Alexandra Palace.

“Four or five years ago I was so hell-bent on everything being acoustic and raw because, to me, that was where the soulful music would come from," he said. "But to get in the studio with talented producers and writers and see the passion of a song can come out through electronic and programmed music was very interesting.

"I probably had a vision of just me and an acoustic guitar on stage playing in theatres and now there are four of us on stage and it’s quite a big show and I’m so glad. I can honestly say that I have zero regrets of how it has gone for me – it’s the perfect mix.”