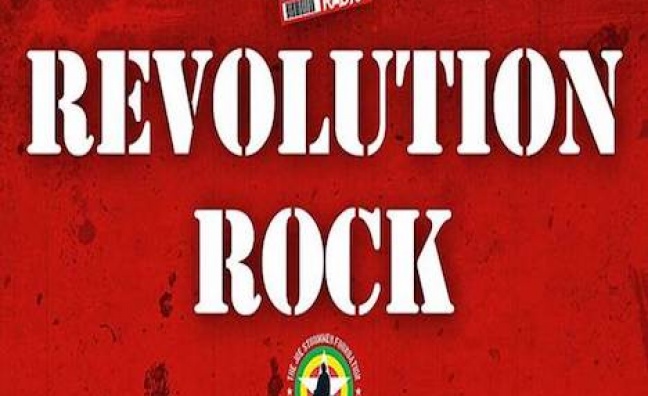 Kerrang! Radio has launched a new social action campaign, Revolution Rock, with the aim to raise awareness of the power of music for positive change.

The station has teamed up with The Joe Strummer Foundation, a charity that works with non-profit music initiatives in the UK and abroad, seeking to highlight the life-changing work they do.

The on-air and online campaign is set to run for two weeks throughout August and includes an Instrument Amnesty, where Kerrang! Radio listeners are encouraged to donate their unwanted instruments to be re-distributed by The Joe Strummer  Foundation to those in need. Breakfast presenter Sophie K began the campaign by donating an unused amp.

Kerrang! Radio aims to showcase people in crisis, whether that be those suffering in poverty to those suffering from mental health problems. Revolution Rock will feature interviews with individuals who have been helped by the Joe Strummer Foundation, as well as Linkin Park’s Mike Shinoda, Slipknot and Stone Sour frontman Corey Taylor, Korn frontman Jonathan Davis, Andrew WK and Frank Turner, all discussing the positive impact music can have on those in crisis.

Ric Blaxill, music and content director for Kerrang! Radio, said: “We felt it was important to shine a light on the amazing work that music charities are doing to change people’s lives on a daily basis. The Joe Strummer Foundation are a leading example of this – be it helping provide musical instruments in poor schools, music mentoring for the homeless or underprivileged, helping youths find a way out of gang crime, or music therapy for mental health issues. The power of music and the amazing work these projects do should not be underestimated.”

Tom Morello, of Rage Against the Machine, Audioslave and Prophets of Rage, has supported the campaign, saying that “the idea is that music can reach people and speak the truth to people in a way that almost no other art or medium can. It’s a great way to bring people together.”