KSI says TikTok is the most powerful platform for musicians 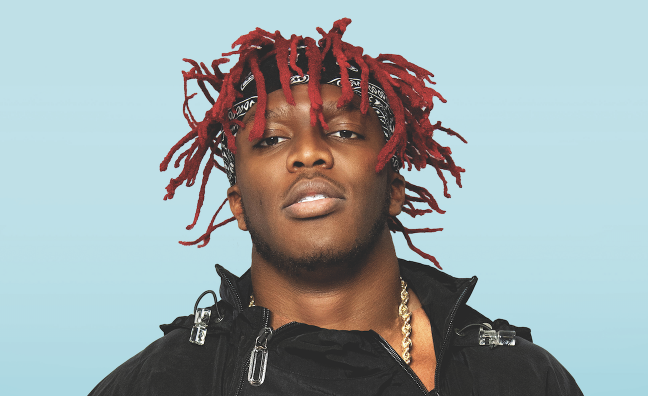 KSI has told Music Week that TikTok is currently the most valuable social media platform for musicians.

The rapper, who rose to fame as a YouTuber, starred on the cover of Music Week to mark the release of his debut album Dissimulation, which was pipped to No.1 by The 1975’s Notes On A Conditional Form.

Dissimulation is at No.42 for the first half of this year. His single Houdini is at No.49 in Q2’s overall singles sales chart.

When we asked him what social media platform was the biggest right now, KSI answered: “TikTok right now. Of course!”

“TikTok has just made musicians out of thin air,” he said. “People you’ve never heard of have just had absolute hits because of TikTok. It’s very powerful. I don’t make my music for TikTok, maybe I keep things in mind TikTok-wise but I just make music that I want to make, music that I enjoy. If TikTok wants to pick it up then so be it.”

TikTok has just made musicians out of thin air

KSI, has 5.9 million followers on Twitter, 8.3m on Instagram and 21.6m subscribers on his main YouTube channel. He has 8.3m likes and 2.1m fans on TikTok.

He acknowledged the shifting nature of social media’s relationship with music and said, “With TikTok, it could just be a phase, you never know, Vine was a phase and look how that turned out.”

“No one knows what could do well nowadays,” he added. “You can just be in your basement, make a track that you think is sick, put it out in the world and in a year’s time it just takes off. Imanbek’s remix of Saint Jhn’s Roses came from a kid who just remixed a song, he put it out and it’s done bits. Music is just random nowadays.”

KSI, though, believes his success on YouTube sets him apart. “I’m very forward thinking and I definitely see progress in things like TikTok and social media and how it’s affecting music,” he said. “It’s cool how it allows people to adapt and change their way of thinking. Certain songs are bangers and are on TikTok and that’s just how it is, you can’t stop the internet.”

Subscribers can read the interview in full online here. To subscribe and never miss a music biz story, click here. Make sure you can access vital music biz information wherever you are by signing up for our digital edition here.