Midem report: Is Snapchat about to become the most important app in the music biz? 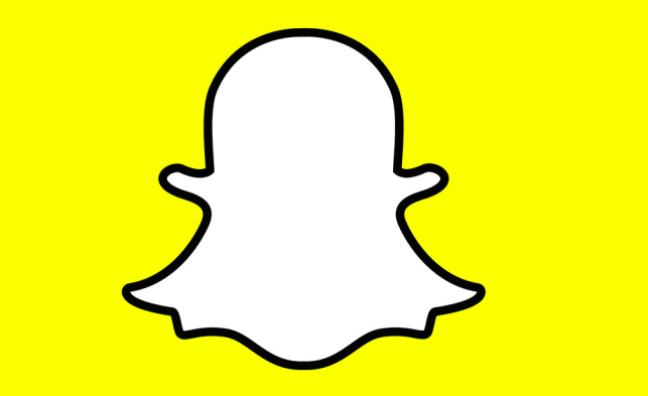 The word at Midem 2018 is that Snapchat has the potential to become the key tool for reaching the audiences under-25 coveted by record companies and artists.

In their joint keynote discussion at Midem 2018, Geffen Records President Neil Jacobson and Ben Schwerin, VP of partnerships at Snap, shared their belief that the popular app was a creative way to connect audiences with artists on a global scale.

Schwerin said Snap has always had a policy of helping artists and labels to create new experiences for artists and their audiences. "Our audience is very young," said Schwerin, "with 55% under-25. That's a demographic that is increasingly hard to reach anywhere else."

He added: "Our business is about empowering people to express themselves. Very early on we saw that artists like Ariana Grande, Calvin Harris, DJ Khaled were using our service to connect with fans in a very personal and spontaneous way. When we see these stories from artists it feels like the mobile, ephemeral version of the iconic rock documentaries like The Last Waltz. Success for us is understanding what your goals are and helping you reach those goals."

For Geffen's Jacobson, Snap is a means to create a seamless and informal way for artists to communicate with their fans "as if they were their friends."

"In our world, it is 50% music and it is 50% character," he said. "So vehicles that allow us to show our artists' characters in a way that contextualises the music that they are making, that's where it all comes together."

Jacobson said he looked at the service "a lot of the ways I’d look at MTV. It feels the same as MTV did to me in the '90s where it is a young demographic. There are lots of ways to get to our fans, but being able to get to a user base like Snap’s – for Snap understands that under-25 demographic, much like I feel we understand that demographic – is really special.”

There are lots of ways to get to our fans, but being able to get to a user base like Snap’s is really special

Jacobson went on to express his vision about the future of the music business. "A lot of people here [at Midem], spoke about streaming, and I accept that this is very important for our business, but for me, the future of this business lies in augmented reality. I am really trying to get into that space and see what it means for my artists to be in an immersive experience with their fans and how they are able to play with that toy. It does not take a lot."

Schwerin said that Snap has talented engineers and designers that could help artists achieve their vision, so when an artists comes to them with certain ideas, the motto is not to say no, but instead to try to bring artists’ visions to life.

He added that Snap is perfectly tailored for live experiences, an area they've been working on with partners such as AEG and Live Nation. “We really believe in the power of live experiences, particularly live music,” he said, citing a recent Drake tour for which the artist wanted to create unique geo-filtered lenses for each of his shows. "I think it was a tour with 50 shows,” he added.

For Jacobsen, one of Snapchat's perks is that its impact is immediately quantifiable "in a way that almost nothing else is."

He elaborated: “It is a single thing that can influence Shazam in a global way. Snapchat is global, it is not a geo-fenced thing. When we do a global filter or a global lens together, it happens everywhere. In a world where we are constantly analysing data, I’ll put a global Snapchat lens on the table, and I'll just watch it explode.

“We’re Top 5 in Shazam in 35 countries in 10 seconds flat! That's a huge spark. It does not mean that the song is a hit or not a hit, but when in this business I have such a difficult time to get people's attention for one moment, to be able to have one thing that I can put across, it's incredible.”

Schwerin concluded that he wanted music stakeholders to see Snap as a means for rightsholders to build streams of revenue.

"We were an artist friendly company from the beginning," he said. "It is in our DNA. We do think that we want artists to be compensated for their works, so we'll see where this goes. Broadly, I'd say we want to continue to build strong relation ships with rights holders and we are excited to see how music will evolve on Snapchat."

Catch up on what happened when BMG chief Hartwig Masuch hit Midem here.