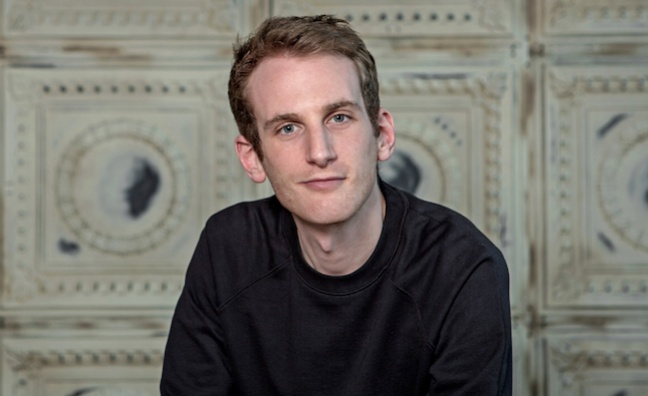 Warner Records head of digital Sebastian Simone has told Music Week that his department of the lable is growing faster than any other area because music is “yet to master” technology.

Simone was speaking in the wake of the Music Week Tech Summit Together With O2 in London earlier this month, where he appeared on a panel discussion on content alongside Amazon Music UK’s Paul Firth and others.

Simone revelaed that a frontline Warner artist is to debut in the blockchain collectible space. “It’s going to be an impressive fandom piece that will make waves in the technology and music space,” he suggested.

He highlighted success with a Michael Bublé campaign and said that the major is acting “in the spirit of experimentation”. Simone said the focus is on “figuring out the cost of doing things vs the reward and how that then affects consumption and brand awareness”.

Read on for the full Q&A:

What’s going on at Warner in digital at the moment?
“From a talent and personnel point of view, the digital team has grown quicker than any other department in the label. You’re going to see a real trend of frontline labels bringing in analysts, specifically people with digital backgrounds, to help really understand and interpret data. We’ve got an analyst joining soon, we’ve got increased social and digital reach with people on the ground and the ability to interpret data couldn’t be any more important on a modern frontline record label.”

Why is that?
“It’s trying to identify when we have a pulse and the meaning of that pulse. There are things firing on a campaign at all times, but knowing what the valuable information is and how to react to it is still quite an ambiguity in music. I don’t think music has quite mastered that [data] in the same way tech companies have."

Are labels changing how they operate? What’s it been like to see that at Warners?
“Super-exciting. There’s a philosophical change around experimentation, with increasing technology, there’s no guarantee that what you’re doing will be a success, it could equally be a failure. The culture within the business of trying things in order to find what works has definitely been fostered within.”

There’s been a philosophical change around experimentation at Warners

Are labels having to change fundamental things then?
“I don’t think it’s a radical change, it’s fine-tuning areas where there’s maybe not as much knowledge. The backbone of promotion, marketing and creative are still as valid today as they ever have been. It’s about the ability to understand how the data fits into those individual elements. Radio, TV, streaming… All of these things affect consumption, so it’s the ability to read that data in a meaningful way that is the biggest opportunity.”

Is there a risk that traditional values will go?
“The ambitions of music and tech are aligned. It’s about fostering brilliant art and being able to amplify that through the artist’s vision. I don’t think the fundamentals have changed, it’s about our ability to do that in a more sophisticated way.”

Subscribers can revisit the best of the Music Week Tech Summit here. To subscribe and never miss a music biz story, click here.