Overnight news from around the world: Monday, July 18 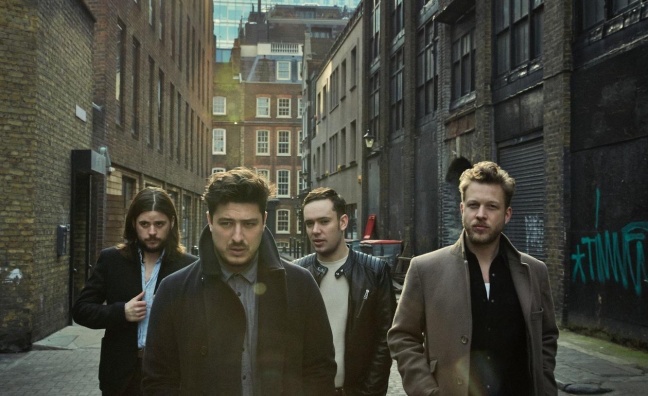 Ben Lovett of indie folk rockers Mumford and Sons will open a new venue in London later this year. Lovett, who is also co-founder of live promotions and indie label Communion, has taken on the lease for the Omeara premises within the new Flat Iron Square in Borough. Omeara is a part of a new South Bank development called The Low Line, which connects Waterloo with London Bridge via a pedestrian walkway lined with communal spaces and local businesses. It is located within a five-minute walk of London Bridge, Southwark and Borough tube stations and to overground links connecting it with the rest of South East England. Lovett is working with London Mayor, Sadiq Khan to ensure Londoners beyond the live music community are also made aware of what Omeara will bring to London’s spectacular nightlife.

Spotify has hired three new recruits – all from BBC Radio. As reported by Music Week on Friday, BBC Radio 1xtra’s Austin Daboh is joining the streaming service to take up the role of senior editor, content programming UK. Joining him are Dexter Batson, who previously served as assistant producer on BBC Radio 1, and Sara Sesardic, who will take up the post of music editor at Spotify UK.

Arts Council England has confirmed a further £1 million of support for the Momentum Music Fund delivered by PRS For Music Foundation, enabling the scheme to continue for another two years. The initiative, which started in 2013, has invested in more than 120 artists, including Years & Years, Låpsley and Ghostpoet, offering them support at a crucial stage in their careers and helping them to break though to the next level. The latest batch of artists to receive funding includes Afriquoi, AZEKEL, Charlie Cunningham, Eli & Fur, Employed To Serve, ESKA, Flamingos, Hooton Tennis Club, Kagoule, LEVELZ, LIFE, ROM, Speech Debelle, Swindle, Ten Fè, This Is The Kit, Throwing Shade and Tom Misch.

Alan Vega, singer in ‘proto punk’ duo Suicide has died at the age of 78. News of Vega’s death, who died peacefully in his sleep, was reported by fellow punk icon Henry Rollins, who shared a statement from Vega’s family: "With profound sadness and a stillness that only news like this can bring, we regret to inform you that the great artist and creative force, Alan Vega has passed away," it said. "Alan was not only relentlessly creative, writing music and painting until the end, he was also startlingly unique. Along with Martin Rev, in the early 1970s, they formed the two person avant band known as Suicide. Almost immediately, their incredible and unclassifiable music went against every possible grain.”

BBC Radio 1’s Annie Mac has announced that an exclusive Radio 1 dance family line-up consisting of herself, Pete Tong, Danny Howard, B. Traits, George Fitzgerald, Heidi, MistaJam, Toddla T, DJ Target and Kolsch will perform at the station’s famous Friday night party at Ushuaia Ibiza Beach Hotel in Playa d'en Bossa on Friday, August 5th. The four-hour party, hosted by Mac and broadcast live on Radio 1 from 7pm to 11pm UK time, is part of the station’s annual pilgrimage to the White Isle to showcase its specialist music output. Alongside the live broadcast from Ushuaia, Mac, The Radio 1 Breakfast Show with Nick Grimshaw, Danny Howard and MistaJam will all be hosting shows directly from the island.

Justin Timberlake’s Can’t Stop The Feeling has officially gone platinum in the UK. The track has sold over 600,000 copies through sales and streaming since its release on May 6th. It continues to dominate the radio airplay charts, having just spent its ninth week at No. 1.

In the new issue of Music Week indie godfather Simon Raymonde of Bella Union takes on the Big Interview, while Ricky Gervais reveals all about David Brent’s bid for rock stardom. Bravado explains the new economy for band merchandise and we look at how Biffy Clyro’s new record Ellipsis went straight in at number one in the albums chart. There's also all the usual weekly charts and analysis. Subscribe here.