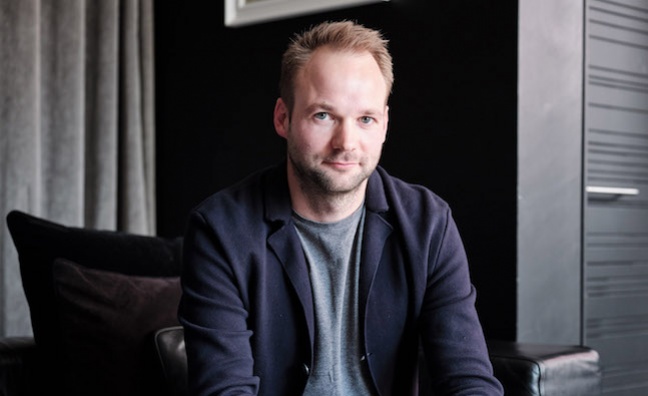 In the latest issue of Music Week, we talk to labels, publishers and DSPs about the business of Christmas streaming.

According to the latest Midweek sales flash, Fairytale Of New York by The Pogues feat. Kirsty MacColl is up from No.8 to No.4. It’s currently trailing No.1 contender All I Want For Christmas Is You by Mariah Carey, as well as Wham!’s Last Christmas and Ariana Grande’s Positions.

Rhino’s festive repertoire also includes Driving Home For Christmas by Chris Rea (No.12 in the Midweeks) and Wizzard’s I Wish It Could Be Christmas Every Day (No.13). Kylie Minogue’s Santa Baby is at No.40.

Of course, last year Rhino had the No.1 Christmas album with Rod Stewart.

Here, we go inside the 2020 campaigns for Rhino’s festive favourites with director of catalogue marketing Stuart Wheeley…

Fairytale of New York has become a streaming perennial. How do you promote that track each year with DSPs/playlists – and is the festive campaign starting earlier?

“Christmas is critical to our overall streaming performance for the year. We started planning almost as soon as we were out of the last Christmas period, and discuss with each DSP individually to understand what they are looking for and how a track like Fairytale Of New York can be prioritised. This year everybody’s listening to Christmas music earlier than usual, and it was something we talked about internally that the end of a tough year like this would draw listeners on the platforms to music that brings more comfort and familiarity.”

Why do you think that song has become so popular in the streaming era?

“It’s still bringing in new audiences each and every year through its inclusion within a wider range of playlists. Fundamentally, it’s a truly unique Christmas song that doesn’t sound like any other. That combined with the continued support from the DSPs is a major driving force behind its success.”

Is there a chance it could match or pass its original No.2 peak?

“I think every year we hope it’ll go the distance and take the title – but let’s see!”

How have you worked with broadcasters/DSPs on the alternative lyrical version to give people a choice during Christmas?

“The alternative version of the track was welcomed by both DSPs and broadcasters, but this was never about prioritising it over the original, and vice versa. We very much wanted to give people the choice, and I think we’ve done that. That is clear from BBC Radio 1, Radio 2 and 6 Music deciding to use both versions, and in some cases giving DJs a choice of which one they play.”

Driving Home For Christmas by Chris Rea was never a hit until streaming - how have you helped that become a Christmas classic?

“Driving Home For Christmas is a priority for us every year, and we know how well it resonates here in the UK. And just like all our priority Christmas tracks, we want to introduce it to a new audience. Playlist inclusion is crucial, whether it’s our own brands, or DSP-owned, but beyond that it’s all about being more creative. That can be anything from artist involvement, to new content such as lyric videos, or working the tracks within newer environments such as TikTok.”

Finally what are your thoughts on the Christmas No.1 and ACR – can the huge appeal of classics overcome the OCC rule?

“What we’ve seen throughout this challenging year is streaming users going back to older, more familiar tracks as ‘audio comfort food’ and that is now continuing for the Christmas classics. Whether they can overcome the ACR rule and take the top spot remains to be seen. But they have all charted a lot earlier this year, which proves that everyone is in need of these perennial favourites more than ever.”

To read the full report on Christmas streaming, subscribers can click here.