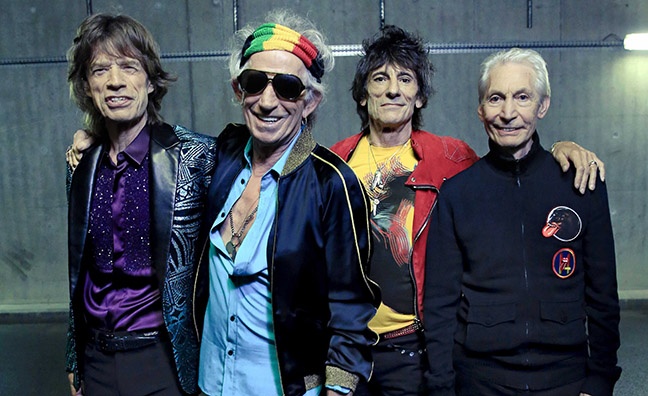 The Rolling Stones, Pet Shop Boys, Emeli Sandé, Barry Gibb, Van Morrison, Sir Tom Jones and the estates of John Lennon and Joe Strummer have written to the Prime Minister “on behalf of today’s generation of artists, musicians and songwriters here in the UK”.

All the modern British recording artists named by Boris Johnson in his episode of Desert Island Discs are now represented on the letter.

In a show of solidarity, they have added their names to a joint letter with artists such as Annie Lennox, Paloma Faith, Kano, Joan Armatrading, Chris Martin, Gary Barlow, Paul McCartney, Melanie C, Jimmy Page, Boy George, Noel Gallagher and Kate Bush, calling on the PM to update UK law to “put the value of music back where it belongs – in the hands of music makers”.

This renewed call comes on the back of a report last week by The World Intellectual Property Organisation (WIPO), which said this is a "systemic problem [that] cries out for a systemic solution” and concluded that streaming should start to pay more like radio: "The more global revenues surge, the harder it is for performers to understand why the imbalance is fair—because it is not...streaming remuneration likely should be considered for a communication to the public right."

While more people are streaming music during the pandemic, in the letter the artists point out that “the law has not kept up with the pace of technological change and, as a result, performers and songwriters do not enjoy the same protections as they do in radio, with most featured artists receiving tiny fractions of a US cent per stream and session musicians receiving nothing at all”.

The letter suggests that “only two words need to change in the 1988 Copyright, Designs and Patents Act…so that today’s performers receive a share of revenues, just like they enjoy in radio” – a change which “won’t cost the taxpayer a penny but will put more money in the pockets of UK taxpayers and raise revenues for public services like the NHS” and which will contribute to the “levelling-up agenda as we kickstart the post-Covid economic recovery.”

The letter is backed by the Musicians’ Union, the Ivors Academy and the Music Producer’s Guild collectively representing tens of thousands of UK performers, composers and songwriters and producers, brought together in partnership with the #BrokenRecord campaign led by artist and songwriter, Tom Gray.

The DCMS Committee of MPs has been examining this issue with its Economics of music streaming inquiry, expected to report by the end of this month, but it is understood that this issue falls between the remits of both the DCMS and BEIS departments, which is why the artists have chosen to address it to the Prime Minister.

The letter also recommends “an immediate government referral to the Competition and Markets Authority” because of “evidence of multinational corporations wielding extraordinary power” over the marketplace and the creation of an industry regulator.

They write that these changes “will make the UK the best place in the world to be a musician or a songwriter, allow recording studios and the UK session scene to thrive once again, strengthen our world leading cultural sector, allow the market for recorded music to flourish for listeners and creators, and unearth a new generation of talent.”

Tom Gray, founder of the #BrokenRecord Campaign, said: "It is amazing and timely that the World Intellectual Property Organisation, who create the global treaties that underpin UK law, are now reporting that we are right. This is the moment for the UK to lead the way. British music makers are suffering needlessly. There is an extraordinary amount of money in music streaming. It is a success story for a few foreign multinationals, but rarely for the British citizens who make the music.

“This letter is fundamentally about preserving a professional class of music-maker into the future. Most musicians don’t expect to be rich and famous or even be particularly comfortable, they just want to earn a crust.”

Horace Trubridge, general secretary of the Musicians’ Union, said: “I’m delighted to see so many artists, performers and songwriters backing our call.  Streaming is replacing radio so musicians should get the same protection when their work is played on streaming platforms as they get when it’s played on radio.

“As the whole world has moved online during the pandemic, musicians who write, record and perform for a living have been let down by a law that simply hasn’t kept up with the pace of technological change.  Listeners would be horrified to learn how little artists and musicians earn from streaming when they pay their subscriptions.

“By tightening up the law so that streaming pays more like radio, we will put streaming income back where it belongs - in the hands of artists.  It’s their music so the income generated from it should go into their hands.”

Graham Davies, chief executive of the Ivors Academy, said: "Paying music creators properly, which is what so many incredible artists have spoken up to ask for on behalf of present and future musicians and songwriters, will drive the streaming industry and sustain the UK creative economy. Music should and could be a major national asset, but its potential value is currently stripped by overseas interests.

“We need to keep the value of British music in our nation by supporting, nurturing and investing in our creators, whilst ensuring the handful of foreign multinational corporations which dominate the music industry and have little interest in preserving British cultural heritage, contribute more value back into the UK. These easy steps will achieve exactly that."

"Britain’s Music Creators should be the primary beneficiaries of the value their creativity drives.  The record companies are now glorified marketing firms, without manufacturing and distribution costs. Their extraordinary profits ought to be shared more equitably with creators. In streaming the song is king, yet songwriters are streaming’s serfs.

“With this letter, Britain’s greatest Music Creators say Music must reform, government can and should help us fix it.”