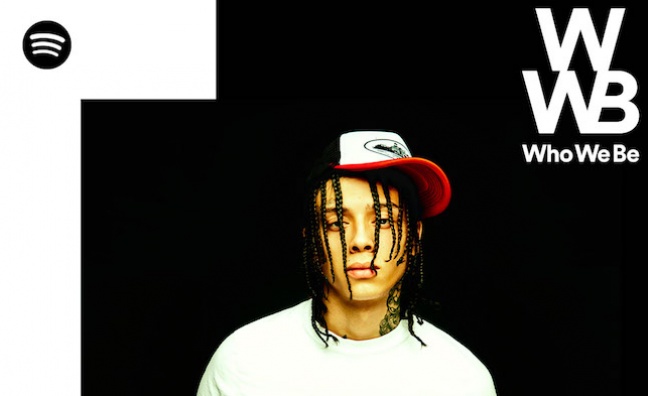 This week, Spotify released streaming data showing the impact of three key UK and Ireland playlists – Our Generation, Altar and Who We Be.

Who We Be has, of course, become a powerful playlist for rap, grime, R&B, Afrobeat and dancehall over the last few years. With 646,136 followers, it’s one of the DSP’s biggest in the UK.

Dance and electronic music in the UK and Ireland are equally well served by Altar (352,873 followers). And, last year, Spotify relaunched Our Generation for new and emerging genre-less sounds for British and Irish acts. In just a few months, Our Generation has amassed 51,826 followers.

It adds up to a triple-whammy of Spotify playlist support for new UK artists, with a combined follower total of 1,050,835.

Here, Spotify UK and Ireland editorial lead, James Foley, opens up about the power of the playlists to help artist breakthroughs…

How important have Spotify playlists been for artists during a pandemic year?

How does Our Generation create that engagement with the audience?

“The audience’s appetite for new music and discovery hasn't abated, so we continue to find innovative ways of working with our partners to satisfy that connection. Beabadoobee was an artist that we did activity on around the Our Generation launch last October. Live is really important to that audience. But, also at the same time, that audience for Beabadoobee are really digitally native. So it really helps that we're speaking to the audience where they are and in a language [they understand].

“We want to continue to evolve the Our Generation brand on platform, and we've built a really strong foundation with the work that we did with Bea, Thomas Headon and Biig Piig. We're looking forward to engaging more with artists and their teams in really creative ways to serve the Our Generation listeners and bring that brand to life.”

Arlo Parks and Celeste have broken through in the album charts – does that show the potential impact of Our Generation for artists?

“It’s great to see results for debuts like that coming through in 2021. Talking about Arlo, for Our Generation the reason for it to exist was to reflect that new wave of artists coming through and understand the audience and their world. So we always looked at it as a place where, not only can we service music like that, but it’s also where the audience can discover the next Arlo Parks or the next Beabadoobee. It's really an approach with familiar names coming through alongside newer artists, so that the audience are receptive to that mix to help them find their next favourite artist and help the artists find their fans.”

Is it important to have these three playlists dedicated to backing UK and Irish talent?

“Yeah, absolutely. Across the three playlists, it's really important that they’re seen to champion a new generation of talent coming through. We need to reflect the demand for big global superstar artists, but at the same time we're reflecting the strength of talent that’s coming through locally too. So, the sweet spot is always in reflecting both in the proper way for our audience.”

Across the three playlists, it's really important that they’re seen to champion a new generation of talent coming through

Radio stations make the case that they do a great job at championing new talent. Does Spotify perform a vital service for artists too?

“You only need to look at the names and the figures that we released to see that we are championing UK talent. It’s one of the most gratifying things that we do as an editorial team. If you look at the kind of artists in Our Generation, whether it's Beabadoobee or Biig Piig; in Altar, it’s been reflecting really important things in the electronic space like Kelly Lee Owens and Bicep’s album; and for Who We Be, it's been a really great year for bringing through UK talent. So S1mba, Tiana Blake, Central Cee [pictured] and Moko, are among the artists that we were standing behind [on Who We Be], and it’s so important that we continue to do that through the playlist.”

How has the pandemic increased the appetite for dance and electronic music on DSPs?

“We’re so excited by the potential in the growth of alternative electronic music generally. I think Altar reflects and encourages that. Playlists like Altar have been able to drive discovery for the emerging producers who, pre-pandemic, were successfully building an audience. It has stepped in to elevate them at this time. And there's so much exciting music, especially out of the UK and Ireland, happening in the Altar space. And that's why it's been really amazing to see the rise in listeners, with a 193% in playlist listens in 2020.”

So what does a cover on these playlists mean to artists?

“It’s like getting the cover of a magazine. It's a way for us to highlight an artist in a very visual manner to the audience. It also allows us to put a face to the name, particularly in genres where the artist might be more hidden away or anonymous. It really does help fill in the picture with a bit more context.”

Who We Be has 645,000 followers, what does that say about its importance for UK music?

“That speaks to how culturally relevant that mix of tracks is for Who We Be. I think it makes it the most culturally relevant mix of tracks and artists in black music culture. It is one of the biggest playlists in our ecosystem, so the power of the playlist is not just in the curation mix; it’s also in the size and the diversity of the audience. It’s really important for Who We Be that it continues to connect users authentically and champions that wide variety of genres and talent.”

What do you think you can do to make it even more relevant as a platform?

“We see Who We Be as a brand in itself. So that’s why you see things like Who We Be Talks, which furthers the playlist brand into the audience space. The new format of Who We Be Talks launched last year with new hosts, Henrie Kwushue and Harry Pinero. They’re associated with, and committed to, the artists in the playlist, and they themselves are emerging stars coming through. So when they came in as hosts for the Who We Be Talks podcast, we knew they would seamlessly link the ethos of the playlist into a podcast. Who We Be Talks is a journey into the heart of black culture.”