Spotify's Radar programme backs Griff with UK and US campaign 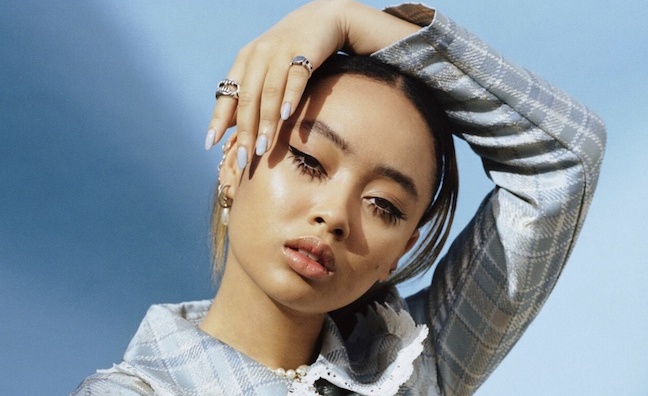 The singer-songwriter, who recently won the BRITs 2021 Rising Star award, is the first Radar artist to be supported by Spotify in multiple markets, with both the UK and US joining forces for the campaign.

With over 125 million total streams and over four million monthly listeners, she has already amassed a large and engaged fanbase on Spotify, and has been added to over a quarter of a million listener playlists worldwide.

Griff has also adorned some of Spotify’s most popular editorial playlists, including the cover of the UK’s biggest playlist Hot Hits UK, and the world’s biggest playlist Today’s Top Hits, and was Spotify’s first UK artist of the month for its Equal initiative, which aims to foster equality for women in the music industry.

As the first cross-Atlantic Radar artist, Griff will be the very first UK Radar artist to get her very own intimate autobiographical mini-documentary. Spotify has previously created Radar documentaries in the US for artists including The Kid Laroi, Flo Milli and Girl In Red.

Griff’s bespoke programme of support will include: the mini-documentary; original photography by Ronan McKenzie; a Spotify Singles recording; Spotify Storylines with behind-the-track info for her upcoming mixtape, her very own billboard in New York’s Times Square as well as in London, Birmingham and Manchester; editorial support; and social and marketing support.

Sulinna Ong, Spotify UK/IE, head of music, said: “Griff is a formidable talent who caught our attention very early on. She has an innate sense of herself as an artist – being a multi-faceted talent in writing, producing and performing her own work – paired with an indelible aesthetic that is 100% her own. This has marked her out as one to watch not just in the UK but also internationally, where her global listenership is growing daily – especially in the likes of the US, but with top listenerships including Germany and Australia.

“It’s just one of many reasons we’ve created a bespoke proposition for her in the UK and the US, which will entail promoting her in multiple markets simultaneously. Spotify is the number one destination for new and emerging artists, and for artist discovery. We’re confident that, with the full weighting of the Radar programme from both the UK and the US, we can support her on her journey to establish herself as an international household name in pop.”

Joe Kentish, president of Warner Records UK, said: “Warner Records is delighted that Griff has been chosen as Spotify’s first ever multi-territory Radar Artist, it’s a wonderful testament to her talent, hard work and artistry. Since we released her debut single, we’ve seen her audience grow on a global scale and watched her reach new peaks each step of the way. I am certain that will continue on release of her debut mixtape on June 18 and throughout her career; there’s no doubt in my mind that she is on track to be a global superstar.”

Ask what she’s looking forward to most about being part of the Radar programme, Griff said: “Getting famous! Jokes, I mean, I just feel very excited that hopefully more people are gonna discover my music and hopefully they’ll like it.”

Since launching the Radar programme globally in March 2020, Spotify has supported over 306 artists and 27 local playlists based in 25 markets, reaching all of Spotify's 178 live territories.

Since being selected for Radar earlier this year, Central Cee has seen an uplift in streams of 724% in the UK, and 1160% globally. Commitment Issues has already reached nearly 40 million streams.

Central Cee said: “I was so happy to find out that I’d been selected as one of Spotify’s UK Radar artists. Their support has been insane over the last five months and I can’t wait to see what the next seven months is gonna bring. They’ve backed me the whole way and that means a lot. Remaining in playlists like Hot Hits UK and getting billboards in London and New York has been amazing.”

Young T & Bugsey have seen a 59% surge in global listeners since being announced as the debut Radar artists for the UK in March 2020. The pair have also seen huge growth globally, especially in the US.

The support for Griff will extend across 12 months, with her debut mixtape One Foot In Front of The Other, available to stream on Spotify from June 18.