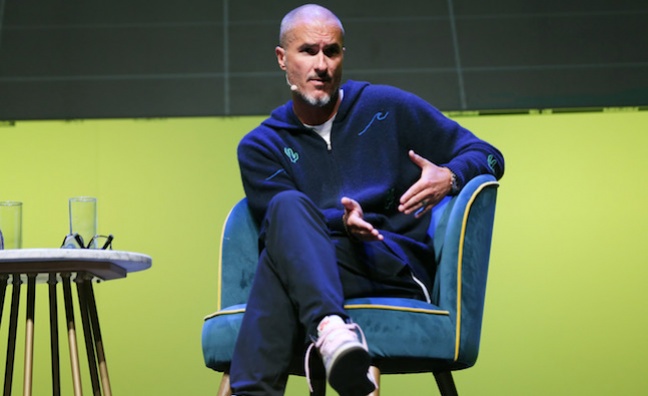 Zane Lowe, Apple Music global creative director and Beats 1 presenter, shared his vision for streaming in the closing keynote at the Music Week Tech Summit together with O2.

In an interview with Music Week editor Mark Sutherland at The O2’s Indigo venue, Lowe addressed the theme of his keynote – Keeping The Humanity In Music.

“We’ve learned to use it from a human point of view,” said Lowe of Apple Music’s utilisation of streaming data.

The former BBC Radio 1 broadcaster said he combines instinct with diligence in his approach to backing artists, such as singer and rapper Dominic Fike.

“I don’t like to retreat behind data,” said Lowe, who’s based in LA. “Yes, it’s an important part of what we do. But if we decide something feels good and the data doesn’t back that, we’ll try it anyway. I think taste is more important than ever.”

He added: “I’ve never been a passive music fan.”

Lowe described Apple Music as “really healthy, with a very engaged subscriber base – but also making sure that the artist is front and centre and trusts us.”

He also questioned the long-term benefit of a strategy that involves focusing on social followers.

“I don’t see how any amount of followers is going to change that the song sucks,” said Lowe. “Taste will out, always.”

If we decide something feels good and the data doesn’t back that, we’ll try it anyway

Lowe doubled down on his comments in Music Week, in which he challenged the prevailing industry view that it was harder to break artists.

“Sorry, it just feels like an old whinge,” he said. “Artists are out there breaking themselves.”

Referring to artists ranging from Lizzo to Drake and the need to keep delivering new music, Lowe added: “There are no misses in streaming.”

The Apple Music exec and Beats 1 presenter also suggested that distribution is now part of the artist’s vision.

“We are in a distribution age where the distribution is creative,” said Lowe. “The way people release music and how they alert their fans is part of the creative process. We’ve just got to go along for the ride and be part of that conversation.”

In a wide-ranging conversation that demonstrated Lowe’s passion for the music he champions, he talked about being brought on board Apple Music by Jimmy Iovine (“I was lucky”) and why the old pre-release model of promotion no longer works.

There was even a nod to former employer BBC Radio 1.

Lowe got the audience on side with his optimism for the music industry and a willingness to answer more and more questions from the floor. But he admitted that the fast pace of the constantly evolving biz can be bewildering even for him.

“It’s the most bonkers time for the industry ever,” he said.