The Chainsmokers and Sony collaborate on VR remix project with PlayStation 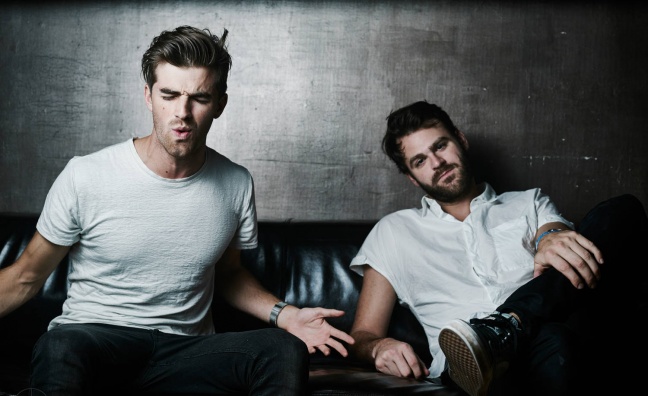 Unveiled at SXSW in Austin, Texas last month, the project involves a virtual reality remix of The Chainsmokers’ hit Paris, which has shifted 527,284 copies since its release in January, peaking at No.5.

The Chainsmokers Paris.VR is part of Sony’s Lost In Music brand campaign. Lost In Music is designed to create new musical experiences by bringing together Sony’s technology with its label’s artists.

The product is available exclusively for PlayStation VR in the PlayStation store, so far it has been rolled out in America, with a global release to follow.

Users experience a live-remixed version of Paris, as they enter the mind of band member Drew Taggart (with the introduction filmed by the other half of The Chainsmokers, Alex Pall).

As the viewer travels through an ethereal landscape, the audio is remixed through stems from both the original and remix versions of the song. Ralph Creative led production on the campaign.

Chris Hassell, founder of Ralph said: “We are having a great time working across this entire project. Paris.VR is a great virtual representation of what we have been trying to do across video content and our immersive musical theatre events - bringing new ways of interacting with music and artists. Having it released on the PlayStation Store is yet more icing on the cake.”

Kuju’s head of studios Brynley Gibson added: “Innovating and confounding expectations of a music video using virtual reality has been a fantastic creative journey. Collaborating with Ralph on this project and bringing our knowledge of making branded experiences together has resulted in a unique slice of VR that we are all very proud of.”