The streaming of Christmas: Festive favourites take over the singles chart 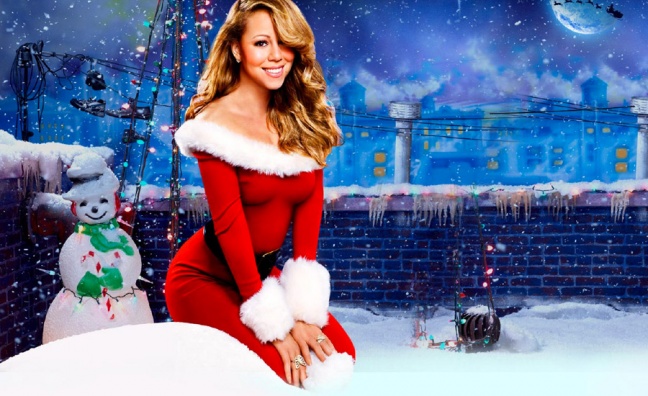 Nothing’s had quite this impact on the charts since Ed Sheeran’s dominance earlier this year, which was followed by a change in the rules for singles by the OCC.

Following an initial flurry on Friday’s (December 1) chart, festive streaming has now picked up dramatically for the first sales week in December, and dozens of Christmas songs are set to appear in the Top 100 on Friday, according to the latest midweeks.

But it’s the familiar catalogue favourites that are being driven back into the chart by streaming rather than new Christmas songs.

Several Christmas classics were already bubbling under and are now likely to be in the Top 10 on Friday (December 8). Mariah Carey’s festive perennial, All I Want For Christmas Is You, moves 22-4, while Wham!’s Last Christmas is up from No.29 to No.5. The Wham! track has the backing of a social media campaign for it to reach No.1 at Christmas a year after the death of George Michael.

The Pogues’ Fairytale Of New York, featuring Kirsty MacColl, is currently at No.9, which would be its highest position in a decade if it stays inside the Top 10.

Band Aid’s Do They Know It’s Christmas? and Shakin’ Stevens’ Merry Christmas Everyone are in the Top 20, with Wizzard’s I Wish It Could Be Christmas Every Day not far behind. Further down the chart there are appearances from festive standards and songs by Brenda Lee, Michael Buble, Chris Rea, Slade, Ariana Grande, Elton John, Leona Lewis, Andy Williams, Jusin Bieber, Paul McCartney, John & Yoko/Plastic Ono Band, Coldplay, Bing Crosby, Kelly Clarkson, Boney M and Kylie Minogue.

However, new songs for 2017 show little promise of being Christmas crackers. Thunder’s rock ballad Christmas Day is well outside the Top 50 and, newly signed to Atlantic, Sia’s Santa’s Coming For Us has also failed to make an impression. The lead single from her Everyday Is Christmas album has made No.29 on the radio airplay chart.

The Co-op are also aiming for chart glory with their chart-eligible TV advert sync of Blur’s Tender sung by various community groups, though it was only released yesterday so the supermarket will be on tenterhooks ahead of tomorrow’s updated midweeks.

Gwen Stefani’s album You Make It Feel Like Christmas is currently fighting for a Top 40 finish at a time of year when physical tends to outperform streaming on LPs.

Despite the festive takeover, a Christmas song is unlikely to be at No.1 on December 25 – the last time that happened was Band Aid 20 in 2004. Ed Sheeran and Beyonce are current favourites to hold on until the end of the month with Perfect, though X Factor winners Rak-Su have had their odds cut to 4/1 to be the Christmas No.1.