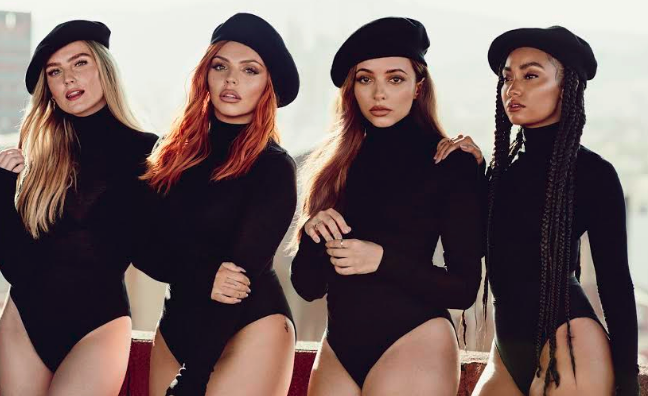 Alexa Skills are one of the key trends for 2019 highlighted in the latest issue of Music Week. Smart speakers have been helping to drive streaming growth and labels are now working on products for the voice assistant to bring artists closer to fans.

What are your plans for Alexa Skills in 2019?

Adam Cardew: “This is something that we’re really interested in, it’s something that we’ve got a real focus on and we’re still learning and looking into how we use this to engage with audiences to help artist campaigns. We knew Little Mix were one of the most requested artists across Alexa devices, so when it came to the new album coming up it was an obvious choice to focus on voice technology when building out the audience plan and engagement plan for that fanbase.

“We went to Amazon quite early with it. The idea really was to build a Skill that would act as an exclusive voice-led fan club to give that fanbase access to the band that they wouldn’t usually have in their own homes. The really unique thing about this particular skill was the fact that the band would be voicing it themselves. For Little Mix fans to have the band speaking in their home over their own Alexa devices, interacting with it, playing a quiz with them, finding out more about the album, that was a really unique opportunity.”

What have you learned from developing this voice-activated content?

AC: “The interesting thing that we found with the Little Mix skill was the user retention and the fact that when people went onto the Skill they stayed there. That was possibly down to the fact that it was a very ambitious Skill, going for a very significant amount of content. We recorded about 400 audio files. Once users were onto the Skill, they got to interact with a lot of different aspects of it, one being a quiz that would ask them 10 questions from one of the girls each week. The other aspect was around a stories element, so telling stories about different aspects from the studio or being backstage while the girls were telling stories about being on tour.”

Is there also a significant older demographic on Amazon devices?

AC: “It’s an area we’re trying to understand more about. Our understanding is that this is a family device, so it may be purchased by parents but often used by kids. So if you look at what really performs well on there, you’ve got the mainstream artists. But then what over-indexes is kids’ music, because these devices are put into kitchens and in people’s homes and it’s a way that people entertain themselves. So it might skew older in terms of who’s buying the devices, but it certainly skews younger in terms of the type of music that’s requested as well.”

How did the Paloma Faith one work out?

AC: “The Paloma Faith one was a little bit different. That one served as more of a utility skill, so Paloma Faith’s album was based around themes she particularly cared about and were important to her at that time. She’d recently become a mother, so one of the things that was important to her was to be able to soothe kids getting to sleep with music with lullabies. It’s a real success and it continues to be used because it’s got that functional element to it.”

What are the benefits for your artists?

KT: “When it comes to voice technology, it is about educating users how to find music and how to engage with the music they want to listen to. That doesn’t differ for Skills either, this is really new technology and people don’t have that visual cue, so we found out it was about educating that fanbase to come back to it.”

How do you get users of the Skill streaming?

KT: “We were really big on utterance education within the skill and prompting users to ask for the most relevant piece of music to the content we were delivering to them. Obviously with skills and the music service being linked, that was a key thing - but it was also a really good opportunity to educate fans on how to get the most out of these devices and ask specific requests of it to hear what it is they want to hear.”

With Alexa-enabled devices passing 100 million sales, how significant can these Skills be in streaming growth?

KT: “It’s definitely an important element of these devices. There’s a lot to be learnt still. But I do ultimately think that there’s a great opportunity there for us to reach a fanbase that we haven’t been able to previously through these Skills, and offer them content they can’t get anywhere else.”