'There's a lot to do': Ex-Merlin CEO Charles Caldas on the organisation's future 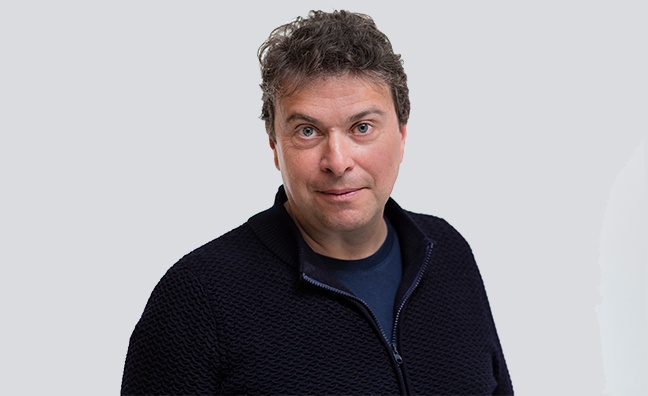 Outgoing Merlin CEO Charles Caldas has told Music Week that his successor will have to formulate a plan to “deal with true disruption” in the music business.

Former Warner Music Group and Facebook exec Jeremy Sirota was unveiled as Caldas’ replacement yesterday (January 8), and noted that the business is “potentially on the brink of another wave of transformative change”.

With that in mind, he added, “It’s vital that independents continue to have an organisation that represents their interests, ensures the value of their repertoire is respected, and keeps pace with innovation.”

Caldas hinted that his successor would come from a digital background in his Music Week exit interview before Christmas, and it has come to pass.

“There's a lot to do. The next wave of challenges is really now more about [asking] what is the new disruption? What are the new commercial challenges?” Caldas told Music Week. “How is the market going to evolve? How do you deal with a TikTok or whatever the next version of that is? What's the value proposition, how do you license that and where does it sit in the context of the overall business?”

There’s so much data now that tangibly shows how independents have thrived, particularly since streaming

Caldas highlighted the importance of establishing a value chain in emerging musical territories, too. On the eve of his departure, Merlin inked a deal with African streaming service Boomplay, which has 62 million users.

“There’s so much data now that tangibly shows how independents have thrived, particularly since streaming,” Caldas said. “Look at how much better independents do on streaming platforms than they ever did in the physical marketplace. Look where commercial success is coming from in the charts, it’s not just three companies.”

Caldas suggested Merlin and its systems would strive to at the cutting edge of new technology in the wake of his departure.

“It's becoming very clear now that, even though the battle for value hasn't necessarily been won, it’s still an ongoing challenge, and we're still having discussions with some platforms about the fact that they shouldn't be undervaluing independent repertoire,” he said.

Caldas added: “What does the next generation of devices and delivery mechanisms look like? How do you continue to compete in a market where data and technical capability are increasingly becoming a competitive advantage? It’s about positioning yourself algorithmically, building metadata in ways that creates advantages. Things are pointing in directions that need a brain that's more attuned to the next wave of technology.”

How do you compete in a market where data and technical capability are increasingly becoming a competitive advantage?

Caldas plans to return to the business after taking a break, and said he leaves Merlin – which he co-founded in 2007 – in good shape. Some of Merlin’s biggest moments to date include securing equity in Spotify before it launched in 2008 (it sold its stake in 2018) and its role in the Warner Music/Parlophone divestment process in 2017.

“We were open early on and were willing to stand up to MySpace and YouTube, to take on companies like Limewire and sue them in parallel to what the majors were doing and we were fearless,” he said.