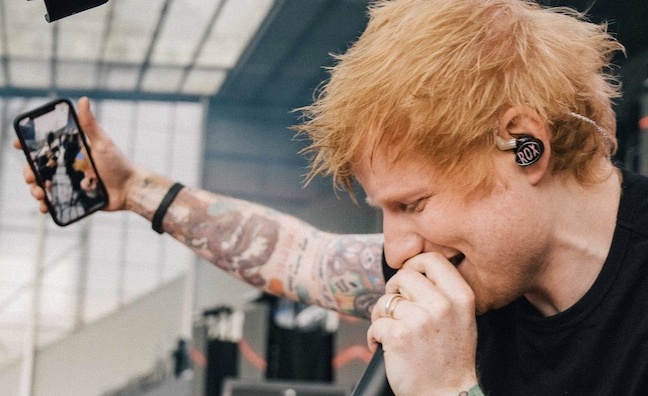 The power of TikTok has been one of the consistent themes of 2021.

Breakthrough star PinkPantheress has made a big impression on the platform this year. The UK artist, who’s signed to Parlophone, charted at No.20 with debut mixtape To Hell With It (9,392 sales to date).

The return of live music has also inspired TikTok moments, including a UEFA Euro 2020 livestream performance by Ed Sheeran for the platform that drew a combined audience of 5.5 million.

“We did a brilliant concert with Ed Sheeran at the Euros,” said Paul Hourican, TikTok’s head of music operations. “We’re always innovating in the live space and trying to make a difference in terms of all the content that we make.”

TikTok also contributed to the rise of Heat Waves by Glass Animals, which set a record for the longest climb to the US Top 10 (42 weeks). The track was released in 2020 but went viral this year and features on more than 500,000 video creations.

“People get inspired by great music - what a beautiful, genuine way for an artist to be part of something,” said Hourican. “It’s awesome.”

TikTok star Doja Cat has further established in the UK - her second biggest market outside the US - with the Planet Her album.

During the course of the year, execs interviewed by Music Week have spoken about how the platform has become central to digital campaigns, alongside streaming platforms.

"It's brilliant,” said Hourican. “Music’s such an important part of TikTok, we absolutely love being part of the UK music industry. We’re just really proud of everything that we’ve achieved. Without the whole team, we wouldn’t have been able to achieve what we achieved."

Asked about the company’s hopes for the awards in 2022, Hourican said that TikTok aims to “keep innovating and keep doing things differently”.

Entries for the 2022 Music Week Awards are now open.