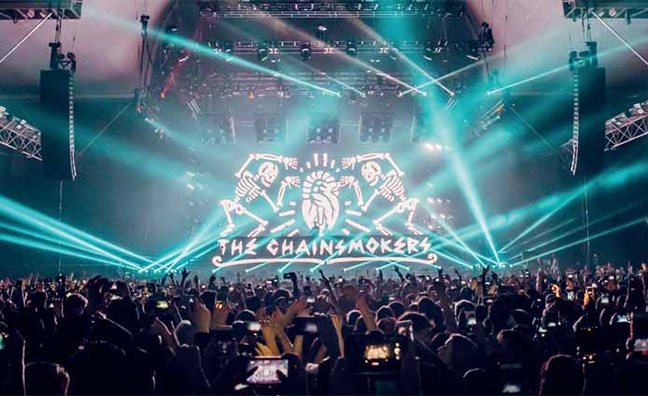 Melody VR COO Steven Hancock has told the Music Week Tech Summit why, this time, the virtual reality revolution is here to stay.

Hancock, who co-founded the King's Cross-based firm, delivered a case study at today’s (September 26) inaugural Summit Together With O2, discussing whether VR is about to transform the way people experience music.

"We've found something that's completely new, different, exciting, and gives the artist that expressive platform to be able to create something that they couldn't in the real world, ultimately," Hancock told hundreds of attendees at The O2.

"Once people know what the proposition is and once VR's grown, the natural step is into some form of subscription model. It makes complete sense for everyone, but it's just a little bit too early. It's nice to get some data over the next six to nine months, see what our average user's spending and pick a point that actually resonates and will work in the space."

He said attempts to take VR mainstream had failed "in every previous decade" because the necessary technology was yet to have been developed.

"The only thing that existed prior to the technology we use was literally the size of coffee tables and I knew we would gain absolutely no traction talking to any of the stakeholders and saying, 'Can I put these massive cameras all over your stage, or in the green room, or on the jet plane, or on the tour bus,'" he explained. "So we set about making a solution that was made for music in mind.

"Our technology we use today I'd describe as the size of a small grapefruit, so it can be integrated into stage sets."

Melody VR unveiled its concerts app in May, which allows fans to watch immersive performances of sold-out shows. Concerts by The Who, Rag’N’Bone Man, Niall Horan and Post Malone are among those currently available, with fresh performances rolled out weekly.

"We're pricing it as a percentage of general admission," explained Hancock. "[Fans] can watch the gig 'standing on stage' with your favourite artist for $10-20. It's also a way of promoting future shows - 'I've seen it now in VR, I want to get to it.'

"Our core focus at the moment is just getting people to experience the immersion." he said. "VR, currently, is quite insular and we wanted to push the boundaries on that pretty much from day one, so we've built full social interaction into the platform, which is coming in a few months time. That means you can go with your My Melody friends to a gig together - virtually - with either a photo realistic avatar or an avatar of whoever you want to be and you can be standing on The O2 stage together, voiceover IP, chatting, waving.

"Just to blow minds a little bit, we've built full e-commerce into the platform as well so you could buy digital merch T-shirt for the gig you're at, so I think true immersion is really important and I think as the technology develops that will become part and parcel but for us now it's about making it feel as real to life as possible as the next big thing."