'We're seeing the change to a consumption model': How streaming has transformed the albums chart 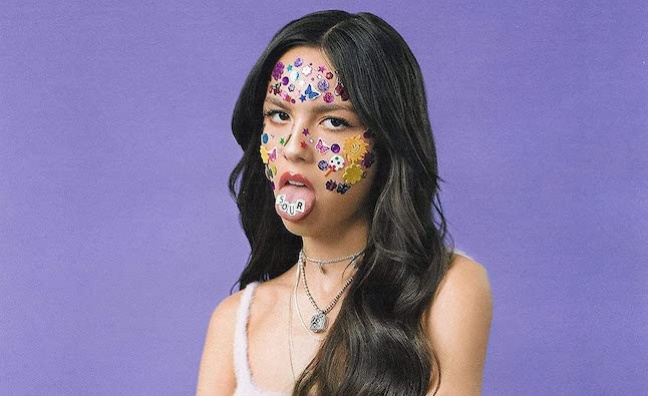 It’s a brave new world for the music industry in 2021 with the albums chart now a competition between not just artists but formats - physical and streaming.

The latest chart for week 33 illustrates the divergence with two artists who suit each model: The Killers and Olivia Rodrigo.

The performance of Olivia Rodrigo’s album shows how labels and artists can now set up camp in the Top 40 if they can connect to a streaming audience. But as a 2021 debut artist, Rodrigo is the exception. The easiest way to do it is with old favourites - catalogue releases that are played on repeat.

As Music Week’s new research into the chart longevity of the biggest albums shows, catalogue and pre-2021 LPs are now ruling the charts (Rodrigo excepted) and potentially crowding out new releases. Only four studio albums released in 2021 make the overall Top 20 for the first half of the year, alongside streaming perennials by Dua Lipa, Harry Styles, Queen, Pop Smoke, Fleetwood Mac, Lewis Capaldi, Elton John, Ed Sheeran, Oasis and ABBA.

Classic catalogue, in particular, has become lodged in the upper reaches of the chart as older consumers embrace streaming. And it's a global phenomenon. According to MRC Data’s mid-year report of the US market, catalogue album consumption (including both pure sales and streams) was up by 18% compared to the first six months of 2020 and increased its share from 63.9% to 66.4%.

Streaming now makes up around 80% of the albums market, although D2C campaigns can still power a fan-focused physical campaign to No.1 in most weeks. So can the albums chart accommodate both formats and truly reflect the popularity of music releases?

We’ve seen the impact of catalogue streaming on the charts. Is there a concern that new artists trying to break through are getting crowded out?

“It is an obvious truism that catalogue gets bigger every year, so as a new artist you have more and more music to compete with every year. There are some examples of catalogue artists who have really nailed streaming success. Whether it's Queen or Elton John, there are certain artists who have really managed to push through to the streaming audience and connect. So new artists have to compete with that. It's certainly not getting easier to break new artists, and it's a global market, there's more competition from overseas now. You have to be patient, and I think you're seeing that with labels, that they're sticking with artists, being patient and trying to break them for the long term.”

With streaming reaching a tipping point and being embraced by older music fans, are their listening habits having a distorting effect on the charts?

“I actually wouldn't call it a distorting effect, because if the audience is becoming more representative of the population as a whole, then it's actually reflecting that people have always listened to a lot of their old favourites. Perhaps what you're seeing more is the change from a purchasing model to a consumption model. So previously people would listen to CDs that they'd acquired in previous years and that didn't affect the chart. What would affect the chart was only what they bought. Now, of course, we're measuring something different, which is what people are listening to. So I think we're seeing that change.”

Now we’re measuring something different, which is what people are listening to

But isn’t that a huge change if the albums chart is moving closer to something like an airplay chart?

“I challenged the comparison to an airplay chart, because there it's the radio station, DJs and playlists that are picking the music. Whereas here, it’s the fans in terms of what they're choosing to listen to. But we're always thinking carefully about the methodology of the chart. It is obviously important that we keep it fresh, and that we keep it focused on new music because that's what people are interested in, in terms of the chart. For the chart to do its job, it needs to accomplish that. That’s why there are some mechanisms like SEA-2 [whereby the OCC neutralises the two biggest streaming tracks on an album to the average of the 10 other tracks] that help to make sure that the chart focuses on new albums, and that there is sufficient renewal in the charts to keep them interesting.”

The accelerated decline mechanism seems to have a marked impact on the singles chart, but is there potential for more to be done to ensure that the albums rundown remains fresh?

“The albums chart is more of a challenge in a streaming environment, because it's harder to identify pure album consumption from streaming behaviour. We don't get the data from the streaming services to clearly identify an album listen from a single listen. So we’ve had to do that with the chart rules like SEA-2 to make sure that the albums chart is sufficiently distinct from the singles chart. I think that’s worked reasonably well, and the albums chart does shine a light on different music than the singles chart, which is important. But this is always a conversation, have we gone too far in that regard? We don't want to prejudice albums that have strong hit singles.”

Subscribers can click here to read the report in our new issue on the growth of catalogue from streaming.

Subscribers can also click here to read our Q2 analysis.