'We've all got to listen to each other': The full story of the 2019 Music Week Tech Summit 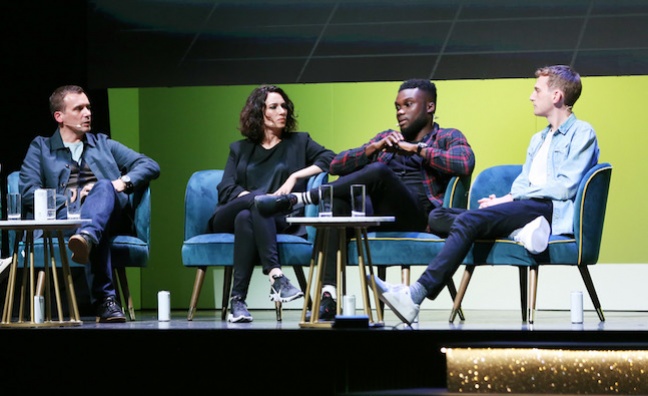 This year’s Music Week Tech Summit together with O2 featured a wealth of insights about the evolving music industry, from blockchain to smart speakers.

But there was no mistaking the biggest talking point of this year’s edition at The O2 on Tuesday (October 8) – the rising power of TikTok as a platform for artists and an example of fan engagement. It has recently been credited with the streaming boost for DJ Regard in the UK.

From the opening keynote by PIAS chief digital officer Adrian Pope, it was at the top of the day’s agenda.

“The creativity of the Tik Tok video experience is getting much more sophisticated,” said Pope.

By the end of the day, Zane Lowe was acknowledging the rise of Lil Nas X and the role of the UGC-based video sharing platform.

“That guy has the most scalable business model of the last 12 months,” said Lowe.

During a lively discussion on one panel, The Role of Content, Context And Community, the power of TikTok was again a hot topic. Timothy Armoo, CEO of FanBytes, recalled a successful campaign that utilised the platform.

“I’m pretty sure I hugged and kissed the campaign manager who ran that,” said Armoo (pictured, second right).

If that was a subject that inspired confidence in the music industry’s ability to marry up with technology, the day was also a chance to air frustrations about a lack of progress.

Andrews dared to suggest that some top execs “haven’t got a clue” about digital, but she remained optimistic about the evolution of the industry.

“I’ve never been more excited,” she said. “The smart people are starting to rise to the top.”

I’ve never been more excited, the smart people are starting to rise to the top

In his presentation, Lickd CEO Paul Sampson claimed that metadata was still so hit and miss that he was getting requests from labels for assistance in identifying publishing rightsholders on repertoire for use on digital platforms.

“Our big mission at PPL is, how do you get the data flowing at source?” added Mark Douglas, chief technology officer at the collection society. “The cost effective way to get good data is bake it in at the start.”

Embracing The International Opportunity was a popular panel, as execs got to grips with the global streaming landscape and the challenges for licensing, performance rights and uniform data.

“Asia has become such a focus for us a company,” said Francesca Burton, senior director international marketing, AWAL.

Burton added that getting artists into territories and building local partnerships was a key part of the strategy. “That’s a big opportunity for us as a marketing team, not just letting them live on playlists,” she said.

“We are definitely focusing on Europe and Asia,” said Ricardo Chamberlain, senior director, audience development at Sony Music US Latin. “Technology is how we get there.”

While Live Nation’s Jack Wilgar admitted she was surprised that VR has not taken off in a bigger way, there was no doubting the global penetration of smart speakers. In his keynote, Pope noted the launch of the Amazon Studio HD Echo device and the 78 million global shipments of smart speakers last year.

“I can imagine a world where it becomes more conversational,” said Firth (pictured, far left). “The voice of the future is the suit in Iron Man.”

The spirit of cooperation between music and tech was summed up by Zane Lowe, who praised the event at the conclusion of his well-received keynote.

“We’ve all got to listen to each other, right?” he said.