A reliable sorcerer: Inside 10 years of Merlin's digital wizardry 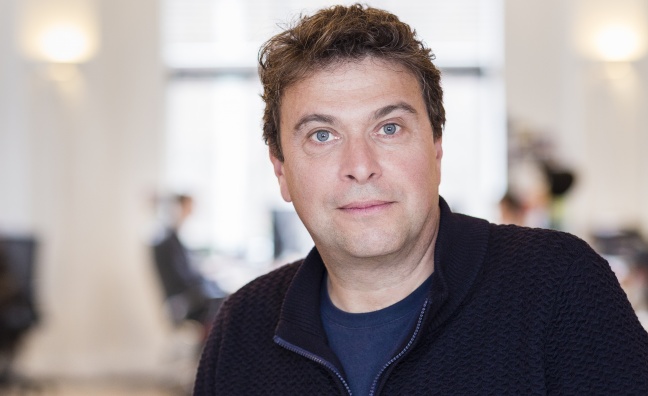 For 10 years now, Merlin has been fighting for independent labels’ digital rights – and it’s still growing. Music Week sits down with CEO Charles Caldas to talk through a decade of operation, and why indies still need to stick together…

But one musical development that year would prove even more important to indie labels than the appearance of the first mainstream music streaming company. After its launch at MIDEM the previous year, independent digital rights agency Merlin had its first year of operation – Spotify was one of its first licences – and the indies’ digital fortunes have improved ever since.

Ten years on, the non-profit-making Merlin is still leading the way, with last month’s Music Week world exclusive on the agency selling its Spotify equity stake and distributing the proceeds to members showing how far they’ve come since the days when digital giants would happily offer indies’ worse terms than the majors – and sometimes no terms at all. In August 2017, Merlin announced it has distributed over one billion dollars to labels.

To celebrate a decade of digital diligence, and a still expanding operation – Merlin added 104 members in 2017, more than in any year since its launch, and will publish a 10-year impact report this week looking at the evolution of the market – CEO Charles Caldas sat down with Music Week to talk equity stakes, Facebook and the importance of Merlin’s first deal…

How did you manage to distribute the cash from your Spotify equity sale so quickly, when everyone else is still working out how to do it?

“We’d been thinking about it for a very long time and we’re structured differently, I don’t have to think about money going into our own pockets because we don’t really have a pocket. We’ve had years of preparing the methodology and we’ve got partners we’re working with who are doing all the calculations, so we were able to move pretty quickly on all aspects of it. It’s good to get the money in the hands of the labels.”

Presumably your members are pretty pleased?

“You would hope so! It’s a very tangible example of the reason the organisation was set up, to make sure that the labels participate [in the digital market]. Hopefully the value that goes through and the things that can be done with that revenue will be a positive for the company as a whole.”

“We’ve given everybody all the information that we possibly can. And it’s a nice problem to have at least!”

Merlin’s membership is still growing. Where are the new people coming from?

“There are two factors influencing that. One is the market; there are more people restructuring their businesses to be more
hands-on in terms of how they deal with the digital market, and Merlin can become a great ally in that. The more exciting part of the growth, in terms of the future, is that – as you become more of a global business – you’re getting real value coming out of markets like Latin America and South East Asia. We’re starting to see members emerge from those markets. That’s a very positive sign that the market’s heading to a much healthier position, not just in the key music markets, but in a truly global way.”

What has the streaming boom meant for your members?

“In the rawest possible terms, it means that there’s more money flowing through, so the market feels a lot healthier. But, if you combine the globalisation of the streaming market with all the data that comes out of it, you can really start running a much more global business. You can find opportunities to get artists into markets, you can find new fanbases, you can find new revenue streams. I was with a label in Toronto recently who have managed to make Europe a significant part of their business, which they were always struggling to do in the physical and the download market. They’re having artists touring in India, and they see it as a direct by-product of the global availability of their music. We’re just at the start of that era and it’s going to be really exciting to see what happens, not only with the business and revenues, but in terms of collaboration, cross-pollination of artists and music moving across borders.”

Indie labels used to be at the back of the queue when it came to deals with DSPs. Are you happy with where you are now?

“That’s a very pleasing aspect for us. Merlin has created that central point of reference for the market and for the leading independents. Once you create that level of efficiency and centralisation of such a significant basket of rights from so many territories around the world, it becomes much more appealing to services. If you look back at the beginning of Merlin, we were having to argue about the value of independent music relative to other music in the marketplace. The streaming platforms have showed that, in a model like all-you-can-eat, on-demand streaming, there are very few boundaries about what a consumer can do in terms of exploring music. There’s a much broader set of music being listened to than ever before and independents are benefiting directly from that. The services see that, they see that their users find great music on their services and the source of that music is irrelevant to the consumer. And, as we’ve known all along, independents make great music. The more they do that, the more they’ll be at the heart of the market.”

Yet independent labels still complain about the major label domination of playlists. What can be done about that?

“We’re always vigilant for market developments which could negatively impact our members. But the thing I’d say about playlisting is, it’s a much deeper set of opportunities than it looks like on the surface. Sure, if you look at Rap Caviar and Today’s Top Hits, it probably looks like the Top 100 on sales and on everything else. The difference is that the next line down, where a lot of our members operate, is much deeper and richer and more lucrative than it’s ever been.”

Do you see the deal with Facebook as a key revenue driver?

“We obviously hope so, but the really encouraging thing about it is that you now have a market that’s completely unlike the market 15 years ago, when people were complaining about tech companies coming in and riding roughshod over indies’ rights. You now have a major technology company engaging with the music industry to try to add value. That’s a pretty encouraging starting point. We’ll look closely at what develops after that, but the streaming platforms have shown when you put compelling propositions in front of consumers that use music, that’s an attractive prospect for the consumer. If Facebook can turn that into a significant and incremental revenue stream then we’d be delighted.”

What do you think is the most significant moment in Merlin’s 10 years of operation?

“The Spotify deal at the beginning was very significant as an example of a more forward-thinking company coming into the market and looking at us in a positive way. The suing of Limewire [in 2012] has faded from memory a little bit but, at the time, one of the key points behind the formation of Merlin was that Kazaa case that independents felt they’d really been given a raw deal on [The file-sharing service paid $100 million to the majors in 2006]. The fact that we were able to represent ourselves and return a significant amount of money during the process was another point where we did what we said we would do. But, to me, it feels more like a continuing build on what was a great vision from the companies that got together to form this. Being able to operate effectively and be efficient and keep dropping our administration fees in the way we have, and keep that value flowing back to the members for 1.5% of people’s revenues is something that a lot of members remark on. Looking back 11 years ago, we never would’ve thought that we’d be running an organisation like this at such a low cost. It’s been a positive decade’s worth of achievement.”

Did you realise how important that Spotify deal was going to be at the time?

“(Laughs) I still remember, when we started the organisation, what I did in that first year was go and meet with all of the corporate behemoths of the time, talking to Microsoft and YouTube. But the first deal I took to the board was a start-up no one had heard of. I think they were maybe scratching their heads at that. So there was a little bit of luck in there, with how the market was evolving. There was room in the market for Spotify and there was definitely room in the market for Merlin to help labels.”

Consequently, last year, Merlin handed out its billionth dollar. How long will it take to get to the next billion?

“We’re doing reviews in the middle of the year and we’ll be tracking that. But it’s going to be a hell of a lot quicker than the first billion!”