Check the label: Demystifying the work of label service providers 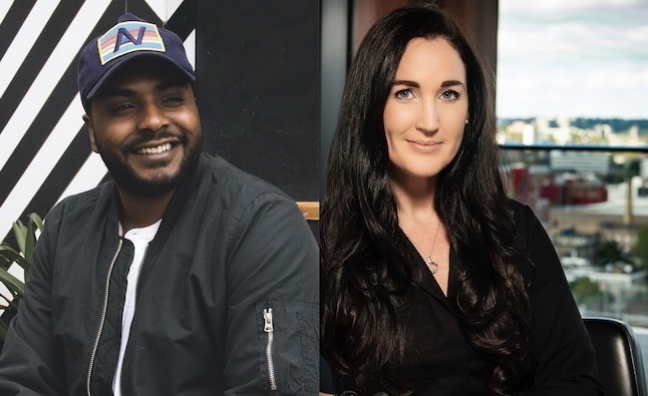 Label service providers have grown exponentially in the digital age to deliver impressive chart results from some of the biggest and most respected artists around. With developing technology constantly changing the nature of what they can offer, Music Week catches up with Virgin Music UK MD Vanessa Bosåen and Hoxton Vinyl boss Marley Dennis to demystify their work and outline why it might just represent the best of both worlds…

Roughly three weeks after the 2020 BRIT Awards, a global pandemic was declared by the World Health Organization, dominating news cycles and attention spans ever since. It speaks volumes, then, that memories of Dave’s blistering star turn at the BRITs remain so vivid, two years on.

Dave left jaws on the floor with his performance of Black that night at The O2. The rapper also left the ceremony with the Album of The Year award for his debut record Psychodrama, adding to the Mercury Prize he had claimed five months earlier. The platinum-selling 2019 LP, which has moved 342,531 units to date according to the Official Charts Company, was released independently via Neighbourhood – the label founded by Dave’s managers Jack Foster and Benny Scarrs. For Dave, success has come largely on his own terms.

“[Dave] had ideas of how he wanted to release the music; I don’t think he particularly cared about how the music industry worked,” Foster told Music Week in 2020. “He probably still doesn’t. He just has his own way of thinking and he wants the world to fit to his vision.”

With the growth of the digital market meaning that artists no longer need traditional business models to get their music to the masses, label services deals have become an increasingly attractive middle ground to the majors, enabling artists to release their music without giving away their master rights while still being able to tap in to the specialist skills of the marketplace.

Marley Dennis, MD of Hoxton Vinyl, an all-in-one solution for physical music releases, sums up the appeal in two words: “expertise and control”, the best of both worlds, you might say.

“Artists and their teams want to work with experts across each area of the business while remaining in control of their rights,” he tells Music Week. “They come to Hoxton Vinyl because we are specialists in the physical side of the business. We steer them, while they remain firmly in the driving seat.”

Hoxton Vinyl’s USP has stepped up to the plate at critical moments. When Psychodrama took off, Dave knew he could count on the firm to get records pressed and delivered directly to the venue for his sold-out 2019 dates at O2 Academy Brixton within four weeks. It was a similar situation when the LP was nominated for the Mercury Prize and the team were able to react quickly, and have the record back into production and in stock swiftly to capitalise on sales.

“We support artists and their teams with manufacturing of vinyl, CDs and cassettes, as well as D2C and apparel production through our merch division, Essential Merch,” elaborates Dennis, who comes from a family of music professionals, having grown up watching his father run an independent record label and publishing business.

“We used a dynamic manufacturing approach to help achieve these results,” says Dennis. “Working closely with Dave’s team we tailored production around daily sales data during the release week. Records were released through carefully planned online vinyl and cassette drops that were highly anticipated by fans. This approach worked particularly well on cassettes.”

We steer artists, while they remain in the driving seat

The firm took a similarly dynamic manufacturing approach with AJ Tracey’s 2021 Flu Game LP (69,388 sales), which debuted at No.2, and has also helped with releases by artists such as Gerry Cinnamon, Tito Jackson, Vistas and Spector.

“Transparency, communication and a results-driven approach are the three key elements,” he says. “Before we take on a campaign, we ask every client what they want to achieve – be that a desired chart position, a culturally relevant release, or to build a strong merch business. We then tailor-make a plan to achieve mutually-agreed targets.”

Always a fiercely contested category, the Label/Artist Services honour at last year’s Music Week Awards went to Caroline International, now known as Virgin Music Label & Artist Services. Virgin was relaunched as a global label services and distribution division by Universal Music Group in February 2021, almost half a century after its launch by Richard Branson. Artists and labels distributed globally via its services include Because Music, Digga D, Poppy Ajudha, the BRIT-nominated D-Block Europe and Self Esteem.

Virgin Music boss Vanessa Bosåen joined UMG from Regent Street Records, the independent record label and music publishing company she founded in 2014. She has served on the BPI board since 2015 and is a former director of the BPI’s Innovation Hub.

“Here at Virgin Music our purpose is simple: to find and break great new music,” says Bosåen. “Our secret weapons are our people, coupled with our global reach, as well as our technology and tools. We firmly believe that our creative collaboration and personal service is what helps our artists and labels succeed.”

“It’s about choice,” she asserts. “For an independent label, it can be a very easy decision – a label services deal with Virgin Music can help you supercharge your business. And as for artists who work with us directly, the model works best when that musician is also passionate about their business and thinks like an entrepreneur while simultaneously leaning into the expertise we have in-house.”

That expertise was strengthened further last year with the appointment of ex-Island Records UK marketing VP Guillermo Ramos as general manager of the newly launched division. In his new role, Ramos works closely with Bosåen and A&R guru Colin Batsa, president of EGA Music Group, which partnered with Caroline in 2018.

Having set out Virgin’s mission to deliver “premium and flexible artist and label services to dynamic entrepreneurs and independent talent”, Bosåen says the best partnerships usually have common threads running through them: “collaboration, communication and trust”.

“All three, on all sides, at all times,” she stresses. “And of course, ultimately, the artists and their music are at the heart of everything. Truly great music will always lead to great opportunities.”

A label services deal can supercharge your business

“There is a lot of competition out there,” says Bosåen, who prefers to look for the positives in the situation. “We are always striving to differentiate ourselves from the crowd,” she says. “But as challenging as that can be, it also brings opportunities. It really feels like the UK music scene is just buzzing with talent, and what better opportunity is there than to work to bring the best new music to the world?”

As Dennis suggests, the reason for the sector’s continued growth is not hard to explain.

“There is a greater demand from artists for these types of services,” he observes. “Artists are achieving success with this more collaborative approach, which builds trust.”

According to the BPI’s 2021 All About The Music yearbook, independent artists made more than a quarter of music consumed in the UK in 2020, with indie labels’ share of music consumption rising to almost 26% in 2020 – a third successive year of growth. The data also revealed that independent businesses’ share of streaming equivalent albums has grown in each of the past five years, while physical sales remain a key factor in the success. With that in mind, it stands to reason that label services companies find themselves in ever higher demand.

“It’s fascinating to watch, isn’t it?” grins Bosåen. “It feels like so many of this new generation of artists have the mentality it takes to succeed in the independent sector.”

Dennis acknowledges the potential pitfalls of the current state of play, but also detects opportunities for the sector.

“The biggest challenge is planning releases with limited production capacity on physical music,” he says. “Campaign planning is being done further in advance. The biggest opportunity is that we’re now brought in much earlier in the album planning process. This means we can provide more creative ideas on product development and release strategy.”

Speaking of challenges, the onset of Covid-19 has affected every strand of the music business in some way, shape or form, and label services is no different. But in spite of that, the creativity of the sector has at least helped make the best out of a dreadful situation.

“The pandemic has brought us further apart,” says Dennis. “We need to find new ways to bring fans and artists together to cut through the noise. We’ve worked with our clients and independent record stores to create special edition vinyl exclusives that drive fans into shops. Likewise we’ve seen
steady growth in our D2C service Essential Merch, as online vinyl and merch sales have boomed.”

Discussing the devastating cessation of touring, Bosåen points out the new era for Virgin Music has started during a time of huge uncertainty for the music business as a whole.

“The loss and uncertainty around live music has been astonishingly hard on so many musicians, whether on service deals, traditional deals, or making a mark on their own,” she says. “And of course, the teams within label services companies have had to navigate their own challenges throughout the pandemic – Virgin Music was born under lockdown. That wasn’t always easy and came with surprises; I understand I’m a fair bit taller than many people expected, for example!”

Looking ahead, Dennis predicts some of the trends coming over the hill and suggests the make-up of the market may look a little different in the not-too-distant future.

“There will be some consolidation, as well as players emerging as specialists in certain areas and genres,” he says. “We’re seeing more requests about bundling vinyl releases with NFTs. “It will be interesting to see how this develops in the coming year.”

All that said, things are looking pretty rosy in the label services garden, which can surely only be good news for clients. And you can guarantee one thing at least – no one here will be standing still.

“The services that are offered will evolve, and that will be led by what the artists and the fans want, and how they want to connect,” says Bosåen. “You can drop a lot of buzzwords about what that may look like, but it will always come back to what is the freshest way fans and artists can relate to each other.”

Bosåen, who spent 15 years as a touring musician prior to launching Regent Street Records and currently serves as a mentor for Abbey Road Red’s technology and innovation seeding programme, signs off with a few sage words of advice for artists.

“Having worked on pretty much every side of the equation, I am struck by how much artists today have the choice of picking how and whether to work with a label, and to do so as it suits them at different points throughout their career,” she finishes. “It’s a lot to take in, and I would always recommend that every artist takes the time to get their head around as much of the business details as they can bear. The more you know, the more you can achieve.”