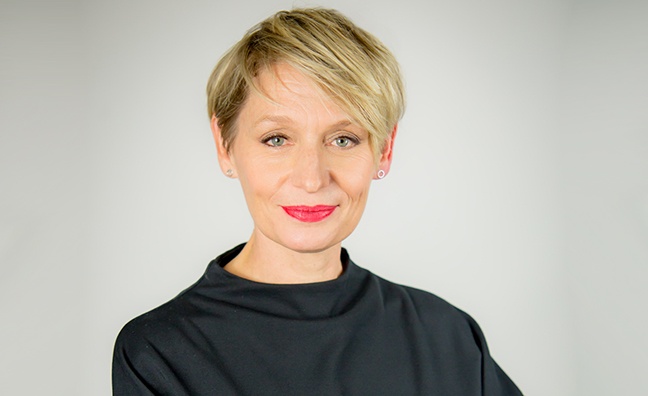 This weekend should have marked the return of C2C Festival – the UK’s annual country extravaganza. Over the years it has played a crucial role in the growth of the genre on our shores, attracting stars such as Carrie Underwood, Kacey Musgraves, Maren Morris and many more.

While the pandemic has led to the cancellation of both its 2020 and 2021 events, that’s not to say the spirit of Nashville won’t be felt on our shores this month.

Here, Milly Olykan, VP of international relations and development at the Country Music Association in Nashville, talks us through how the scene is rallying to make sure the UK still gets its big “country moment” via some special activity across different platforms this weekend …

How has the UK country community rallied around to make sure the communal focal point/impact of C2C is still felt this year?
“Something that is unique to country music is how the Nashville industry works together for the greater good of the genre. Country To Country has helped forge that in the UK. In addition to offering a real community to the fans, the festival has been a key destination for the industry to interact with the Nashville industry in a very communal way. CMA has a UK Task Force where the core industry working in country music comes together regularly. Since 2020, due to the pandemic, the task force has met on Zoom every six weeks. The group comprises labels, DSPs, radio, live and more. Our focus since C2C was first postponed last March has been: how do we keep the artists who have invested in the UK front and centre? How do we keep the momentum with artist discovery? With C2C being such a launch pad for artists that generates so much growth in touring and streaming, we didn’t want our artists to lose that momentum in 2020. As a group we work together to make the most of key moments, whether that’s C2C, CMA Awards, Country Music Week – or non-Country moments on the music calendar – and we identify key gatekeepers who can help us tap into a wider audience.”

What aspects of the activity the UK country task force have pulled together are you personally most excited about?

“I’m always excited when I can see country artists reach a wider audience, and BBC Radio 2 have a number of big moments this week. Thomas Rhett will be on the Zoe Ball Show on Friday morning live, which is saying a lot with the time zone, and following that, one of country’s biggest current stars, Luke Combs, will be featured on the Ken Bruce show accompanied by the BBC Concert Orchestra. Luke was going to headline C2C last year. He’s put the work in to developing his profile in the UK, playing C2C previously and undertaking his own headline tour, with major streaming success in the UK. On Thursday night Bob Harris will be premiering a very special CMA Songwriters Series show, which we recorded last week in Nashville for the BBC. It features artists who’ve been launched at C2C previously —Cam, Brett Young, Ashley McBryde— but also introduces a new talent to the UK like Shy Carter, who’s been writing a lot of country hits for other artists but is now starting out as an artist.”

How big a blow is the loss of C2C from the live calendar for two years to CMA's goal of spreading the gospel of country on a global scale?

“C2C has been so pivotal in launching artists but also launching a community for fans. UK country fans are very engaged, very supportive, keen to discover new artists and support all the live shows and other festivals. So losing that big moment of connecting the fans with the artists is a blow. C2C also drives a lot of streaming, and last year impacted that significantly. Two years in a row, like any festival that loses that momentum, it will mean working hard for the comeback show and being mindful of bringing in new fans. Because we work together as an industry, we’re all looking out for what the vulnerabilities might be so we can get ahead of them.”

How has country weathered the pandemic consumption-wise in the UK without live events?

“In the UK, country music has actually grown significantly during the pandemic. The genre experienced its best quarter last quarter with a 36% increase over 4th quarter 2019, and it’s been over-indexing as far as genre growth versus other genres in the UK. Artists like Luke Combs, Maren Morris, Dan + Shay, Blanco Brown, Gabby Barrett, Brett Young and Chris Stapleton have helped drive that increase. As another example of its growth, we saw Bauer announce recently that they will re-brand their Country Hits station to Absolute Radio Country, giving it a much bigger reach, which is indicative of the growth in the fanbase they are seeing.“

Can we expect an even bigger Country Music Week later in the year? Or possibly more events once Covid restrictions lift?

“Country Music Week in October is a great opportunity to introduce new artists and we will work together with Chris York at SJM and the AEG team to provide the best moments we can for fans and artists a like. While it’s unclear what lies ahead as far as US artists being able to tour internationally, The Long Road festival could be the first opportunity for that. It’s a three-day camping festival in September so we’ll be looking at that as another moment to work towards.”

What is the biggest priority for the country music taskforce in the UK right now?

“It’s two-fold. While we are seeing growth with artist streams in the UK, we want to see more of that taking place outside of country playlists. We know that the artists driving that streaming in the UK would appeal to fans who wouldn’t necessarily seek out a Country playlist. The other priority is touring in 2022. We had so much momentum of country touring pre-pandemic. Country artists will have busy US calendars once touring comes back so we need to be very strategic as an industry on how we encourage artists of all levels to get back to the UK and Europe as early as is possible. As an industry we need to make it as easy as we can for them to maximise their time and investment in the UK market and to achieve opportunities for them in non-country festivals and mainstream media to enable them to build a wider audience.”

You can see a list of some of the country activity lined up this week below:

9.30am-12pm -  BBC RADIO 2  - HOUSE MUSIC  Ken Bruce introduces a new Radio 2 House Music performance - with Luke Combs accompanied by the BBC Concert Orchestra. Luke, who is one of the world's biggest country stars right now, will perform from his home in Nashville.

SUNDAY MARCH 14
7-9pm: Bob Harris presents C2C: Country to Country Revisited a two-hour show remembering some of the best moments and featuring highlights from the past seven years of C2C. Following the cancellation of the 2021 event, Bob looks back on some the great London performances from previous years, when line-ups have included Thomas Rhett, Maren Morris, Kacey Musgraves and Kelsea Ballerini

MONDAY MARCH 15
Apple Music – London to Nashville Radio with hosts The Shires – a special C2C show sharing music and memories of their many times performing, attending and hosting at C2C.
Airing 1am and repeating 11am Tuesday 19th and 2pm Saturday 20th