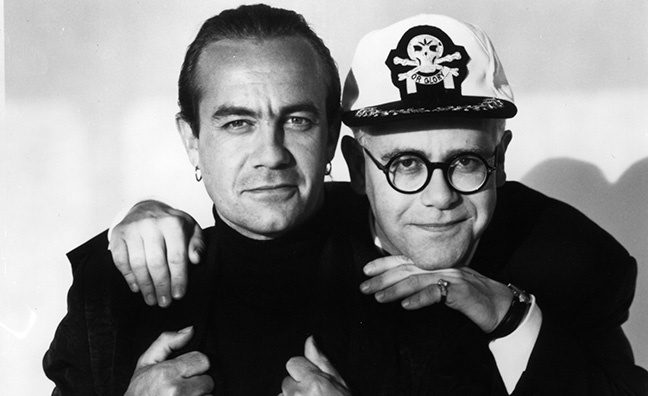 Elton John and Bernie Taupin’s songwriting partnership has endured for 50 years and produced countless classics. Here, the pair hold forth on some of their key moments…

Elton John: “We’ve never written a song in the same room, ever. And I always say that’s why we’ve lasted 50 years. Even from the word go, because I’m not a lyric writer, I’d have a lyric from him and a story would come to life and I would go and be inspired to write a melody to his lyric. It’s very odd.

I’ve never questioned it, I’ve never said, Why is this?’ I’ve always gone with the flow. It’s never changed from then to now.”


Elton & Bernie on… Your Song

EJ: “With Your Song, he gave me the lyric, I took it into the living room and sat at the piano and read it through. It’s a beautiful lyric; I thought I mustn’t mess it up, it’s so good. I was very inspired and I wrote it very quickly and I called him in.

I think when we both heard it we knew we were really on our way. It was the first great song we wrote. Considering it was the first big hit, you’d think, ‘How do you follow that?’ and we’ve been lucky enough to follow it.

But I’ve never got tired of singing it, and it’s lasted. For me, it’s the perfect love song, and it’s never dated.”

Bernie Taupin: “There’s a certain naivety to it that has generated new listeners over time. There’s a time that people go through in their lives where they have that sense of innocence and there’s always that coming along, so it resonates.”


Elton & Bernie on… Bennie and the Jets

EJ: “It’s one of the few songs that is recognisable by one chord: ‘Boink!’ When we recorded it Gus [Dudgeon, producer] wanted to put the audience on it.

Princess Margaret used to say, ‘I hate that song, it’s so atonal, I loathe it’. Luckily, R&B lovers everywhere… Because I grew up playing in a blues band, and playing soul music from Bluesology, it was one of my greatest loves of all, the fact that we had a record on the [R&B] chart which was No.1 was probably one of the greatest thrills of my life to that point, and still is, because it led me to appearing on Soul Train.”

BT: “You were one of the first white artists to appear on Soul Train…”


Elton & Bernie on… Their Relationship

EJ: “We have been friends for 50 years; and we have never had an argument; never had bad words between us.

There have been times he’s been very, very upset by what I’ve worn and upset about my behaviour, but… Some of my behaviour when I was drinking and taking drugs was not appropriate.

And he would say the next day, ‘Do you remember what you said last night?’ And I went, No’, and he would say, ‘You were terrible, you were an embarrassment’ – but never in an unkind or cruel way. So, 50 years of being together – and sometimes apart – and that’s what’s kept us together, wouldn’t you agree?”

How wonderful is that? In the music business, you usually hear horror stories about relationships going wrong.

It’s so upsetting when you hear about Bacharach and David breaking up, because they are two of the greatest songwriters together in the history of music. We’ve survived that, and it’s incredibly unique, I think.

It’s incredibly touching and incredibly moving and I have to point that out. I’m so amazed by it. He’s been my friend for 75% of my life and I can’t thank him enough.”