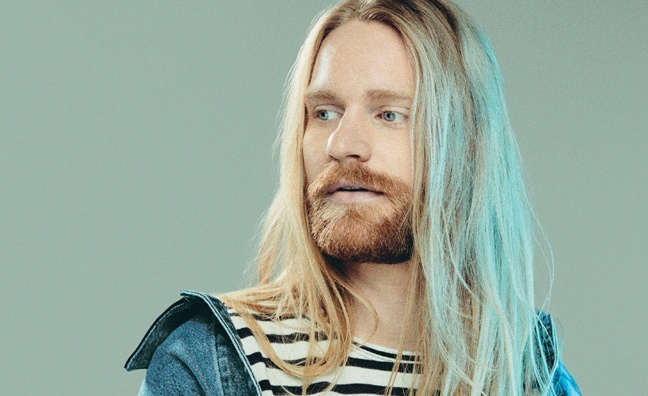 The 2022 edition, which is themed around debut LPs, takes place on Saturday, October 15. The promotional event staged by ERA and the BPI celebrates the album format across both physical music and streaming platforms.

Now on its fifth edition, NAD has support from labels, retailers and media, including official partner BBC Sounds.

“We always knew that it was going to be a long-term project,” said Megan Page, National Album Day coordinator at ERA. “If you look at similar campaigns like Record Store Day, these things take time to build and establish themselves.

“Each year it’s got bigger, it’s become more successful, and it’s had more buy-in from labels, retail and artists. For a music fan, it’s quite hard to miss it as an event.”

The line-up of ambassadors for 2022 includes newcomers The Mysterines, established acts such as The Staves and Franz Ferdinand, as well as streaming stars KSI and Sam Ryder.

Signed to Parlophone, Eurovision 2022 runner-up Ryder is set to release his debut in November. In the NAD announcement, the singer-songwriter said that “there are so many amazing albums from artists that have been a massive part of my life”.

“KSI and Sam Ryder really appeal to and engage with that younger audience,” said Page. “It’s the 16-24 [demographic] who might not have necessarily grown up around physical music. TikTok is definitely on our priority list this year.”

The debut theme is seen as a major opportunity, particularly alongside a 2022 Mercury Prize that has recognised first LPs by Wet Leg, Yard Act, Kojey Radical and Joy Crookes. The delayed ceremony takes place on October 18.

This year’s edition of National Album Day comes as sales of vinyl slipped back in Q2 by 0.7% year-on-year.

“We’ve kept a close eye on production capacity and lead times are a major issue, particularly for independents,” said Geoff Taylor, CEO, BPI, BRITs and Mercury Prize. “We’ve seen prices rise and that maybe constrains [sales] volumes, but that is because of the supply and production issue.”

Vinyl production problems have resulted in a slight drop in the number of exclusive NAD titles this year to around 30.

“We have to be realistic that manufacturing is a challenge,” said Page. “We’re not going to have as much product as in previous years but it’s about the quality, not the quantity.

“Further down the line, hopefully we’ll be able to grow and build it into a bigger, product-focused event.”

Halliday suggested that special editions will be key for NAD.

“We’d love to see more exclusive National Album Day product,” he said. “Our shoppers are hugely invested in getting hold of limited edition releases, either on vinyl or CD.”

Taylor admitted there is more to be done to ensure the initiative can be an annual driver of Q4 sales.

“As yet, National Album Day isn’t having as direct a commercial impact as Record Store Day, which has been established for a lot longer,” he said. “There’s more work to do to get National Album Day to the same commercial level, that’s absolutely what we hope to achieve. But we don’t measure its impact solely by record sales. We measure it by what it does to promote the album as a format.”

While National Album Day was established as a cultural event, Taylor called on labels to commit to the initiative as it becomes an established fixture for music and the media.

“A lot of it is down to having the supply of exclusive product from labels, having [album] campaigns timed to coincide with it, and getting the right artist ambassadors involved,” he said.

“We’ve done pretty well over the last few years, the level of engagement with labels is good. This is something where we’re in it for the long term, provided we retain the support of everyone behind it as a part of the [music industry] calendar.”

HMV and Fopp will be supporting the campaign in stores across the country, as well as via digital channels.

“We’re aiming to put on the largest number of simultaneous events we’ve ever done, and have all the stores streaming the content on their TikTok accounts,” said Halliday.

“For us, National Album Day is a staple part of the retail calendar. It offers a great opportunity to do something extra special for music fans, driving huge excitement in our stores.”

For Page, this year’s debut albums theme opens up a wide range of opportunities to celebrate the enduring power of the long-player. Prior to the 2018 launch of the initiative, there had been persistent doubts raised about the viability of the album format in the streaming era.

“Classic debuts are a really important part of the campaign, because that’s what gets people talking,” said Page. “It’s also about reflecting new debut albums, classic albums in the making, and the future of the format.”

“This is the point about the album format – one song isn't enough to establish an identity,” agreed Taylor. “And it’s why, notwithstanding streaming, it’s remained important to artists.

“The album is also important to music fans who want to go a little deeper and understand what an artist is trying to say. That’s why I think that the Mercury Prize and National Album Day are both so important.”