Hipgnosis' Dave Ayers on how St. Vincent's new LP will consolidate her status as a 'major rock star' 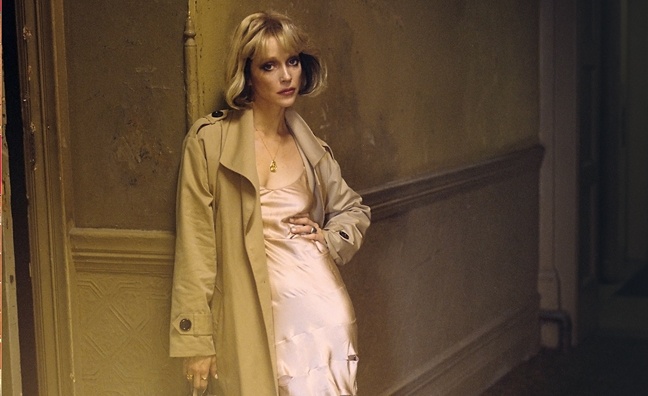 St. Vincent has released her new album, Daddy's Home, which has had rave reviews and looks set to be her biggest LP so far.

Here, Dave Ayers, EVP of Hipgnosis – who originally signed Annie Clark to her publishing deal over a decade ago – reveals how they intend to build St. Vincent’s career...

What do you think this new album can do for St. Vincent?

“My hope is that it solidifies her place as a major rock star, full stop. She’s had success: three Grammys, the ASCAP Vanguard, a Q Award and a BRIT nomination consistent with well-deserved acclaim and respect all over the globe. She’s had an undeniable influence on the look and sound of everything else around her. There are singles on this record that have a chance to outperform any of her previous [ones]. But my own favourite song, ...At the Holiday Party, like its antecedents Cheerleader, Prince Johnny and New York, displays a remarkable knack for incisive emotional observation that’s rare in anyone, much less from someone known best for accomplishment as an aural clinician and nonpareil player, and the willingness and ability to shock. Who else has ever done all that? The list might stop at Prince.”

So what do you feel you can offer St. Vincent as a publisher?

“What we try to provide Annie, what I work hard to provide every artist and writer I work with, is candour, an informed but hopefully objective ear, availability, access and empathy. The best thing about being a publisher is that it’s 100% about the work, about getting that part right. It’s always the thing I care about most, and where we aim to engage. If the work is right, opportunity follows – the right playlists, the sexiest syncs – and Annie has never been lazy about the work. She has always been among the most self-sufficient artists I work with, only Masseduction following any kind of traditional demo/discussion process. And while that record was very successful and provided an undeniable career boost, I absolutely prefer the new one, which she has described as pretty much just ‘falling out’ onto tape. [The moral of the story is that] the right process is that which best suits the artist in question, in the moment.”

How are you working to amplify both her catalogue and this new release?

“Syncs are funny. It would be wonderfully convenient if we could line them up as part of the roll-out, as big drivers in a marketing campaign, but it just doesn’t happen. Daddy’s Home will over-index in the licensing world, as have all her records; early returns are most positive. It inevitably starts with TV, then film, maybe a trailer if we’re lucky, and finally, ever the trailing edge, the holy grail ad campaign(s). For Annie, like everyone we work with, those typically show up 10-18 months into the cycle. In the past she’s been associated with some of the very best, most valuable brands on the planet – Apple, Tiffany, Verizon, [HBO’s] Girls – but my secret hope this time out is to blow right through the sheet metal ceiling, get a great big bite from Jeep, or Ford Trucks.”