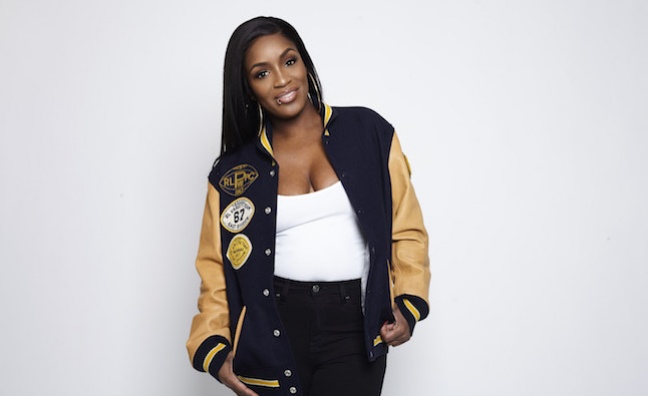 Carla Marie Williams, elite songwriter and founder of Girls I Rate, reveals the secrets behind Beyoncé and Kendrick Lamar's Freedom, a Grammy-nominated standout from Lemonade...

I had already done [Naughty Boy’s 2015 hit single] Runnin’ with Beyoncé. When I first heard it I was in tears. Her A&R played me the song and I was like, ‘Oh my god’. He said, ‘It’s real, go and tell everybody’. That put me on a Beyoncé mission. After that there was no fear because she’d already recorded something – my mission was to get her to record something again.

She had a clear vision for how she wanted Lemonade to go. We had notes, ideas, the emotion, and threw it all into the pot and out came Freedom. We felt something special when we first started vibing the melodies. I’m a female activist and Beyoncé’s a female activist. Sometimes people think I’m the crazy black woman online saying things about women, women’s rights, equality, so who better to say it than one of the world’s most famous and influential women?

When I did eventually meet Beyoncé, it was like being in the candy store because vocally she can do anything. There’s no restrictions. As a songwriter, I don’t have to think, ‘Is this in her range? Would she do that?’ No. She does everything. And more. When I did meet her she was so down to earth. She sang perfectly, she was inclusive. She’s a real musician.

Beyoncé definitely wanted it to be a black female anthem, especially for the mothers of all the people getting killed in America

This song went back and forth between the creatives, back and forth with Beyoncé – everyone wanted to get the message and the tone right. It wasn’t something we were going to churn out and throw away. Every part of the song had to tell a story. Obviously, Beyoncé already had the visuals [for Lemonade’s accompanying film] in her mind, which we weren’t party to.

We all had our own vision for the song, and that took a little while for it to all come together. I didn’t hear Freedom with Kendrick Lamar until it dropped on the album – I heard it with the rest of the world, I was sitting on the edge of my seat waiting. I was just gassed, like, ‘Now I can say I’ve got a song with Beyoncé and Kendrick Lamar!’

Beyoncé definitely wanted it to be a black female anthem, especially for the mothers of all the people getting killed in America. She brought that to the table, she gave it that structure and clear direction and made us be able to unapologetically address it lyrically. The fact that she wasn’t scared and was willing to take it there was even better for me. I was over the moon.

Now I value legacy over the next hit. I don’t just want to write a No.1 that’s “la la la”, I want to write songs of substance, messages, songs of meaning. I know we’re not necessarily in that era, but now I want to find artists that want to say something, who aren’t scared. I feel like after writing for so long, after 10 years, you kind of need to find your niche and find things that make you satisfied.

There were so many protest songs back in the day, it’s like everyone’s stopped caring. There need to be more protest songs. I’m happy that the message of the song has been written. As a woman, as a black woman, and being from the UK, anything’s possible. From having these two songs with Beyoncé, I just feel like the world’s my oyster and the sky’s the limit. I draw strength from the song.

I’ve got my movement, Girls I Rate, and my whole thing is about encouraging women to believe that the sky’s the limit. Having a song like Freedom is the pinnacle point of saying, ‘See, it’s real, I’m not just saying it!’