Hitmakers: Disciples on the songwriting secrets of How Deep Is Your Love 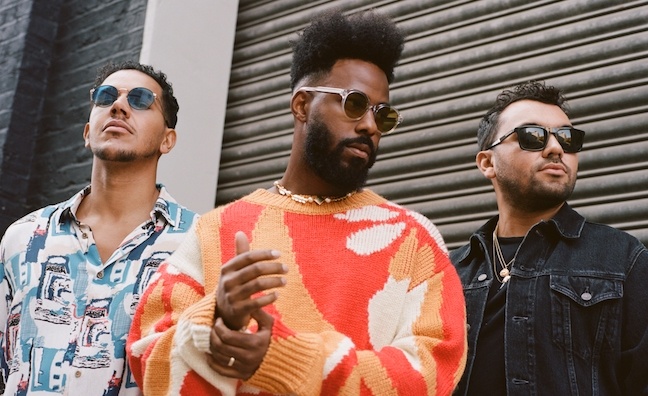 British production trio Disciples teamed up with Calvin Harris and an initially reluctant Ina Wroldsen to create the 2015 house anthem How Deep Is Your Love. Here, the band’s Nathan Duvall and Gavin Koolman reflect on a career-making smash...

Nathan Duvall: How Deep Is Your Love took two years from its birth to come out. We made it in our studio in a session set up by our previous management with Ina Wroldsen. She won’t mind me saying this because I speak about it with her all the time, but she didn’t actually want to do the session! In fact, she even stopped it halfway through to call her manager and say, ‘Why have you got me in with these guys?’

Gavin Koolman: It was just after we’d signed with Warner. We’d put out [2014 single] Poison Arrow and were trying to find our direction. Individually, we had all been in the industry for quite a while, but as Disciples we weren’t that well known. I think that’s why Ina was initially a bit apprehensive.

ND: Gavin said to Ina, ‘Let’s not write anything, all we’re going to do is talk about music’. Transitioning from pop songwriting to dance was a little bit different for her, but she’s always loved house music and we connected over that. We had a little YouTube session on who could find the most amazing house records, and she loved all of the ones we picked and we loved all the ones she picked. From that moment, I jumped on the keys, which was the dominant force for her to start writing. Ina will either write with you and suggest ideas, or completely close off and write the whole thing herself – and then blurt out the whole song in one go. In this situation, it was the latter. What’s amazing is that it was 90% one take and it was the first take she recorded. I don’t think she would have captured the same magic if we’d recorded it again. She’s such an incredible talent and has written for everyone under the sun now, but what I loved is that this was one of the first records where she was recognised as an artist.

GK: We’d got into a cycle of trying to make a pop song we thought would do well on radio, but that never really turns out well. This was the first day where we thought, ‘Let’s just make music that has the roots of what we really like’. That’s why it was written so quickly. We put out [first Top 40 hit] They Don’t Know, which became quite big in Ibiza. It was during that period of time that Calvin [Harris] got in contact and Luke [Mac, bandmate] and myself ended up signing a publishing deal with him and Sony/ATV. We were trying to finish off How Deep Is Your Love for ages, but we couldn’t find that last bit of magic, so we sent it over to Calvin and he loved it. We started going back and forth, working on the track over about a month.

ND: We were coming from an underground vibe and Cal – being the pop genius he is – was coming from another angle. We’re bass-heavy and he’s very much pop and shine, so it took us 20 to 30 emails to get to an understanding of both sounds. In the end, Calvin was just like, ‘Guys, trust me, this is the one’. It was nice to have that much attention on one record from a superstar like that.

GK: With the way Calvin releases music, everything happens so quickly. It was out within three to four weeks of us mastering the record and then it spiralled out of control – in a great way. One of the last things on the campaign was performing live on The Tonight Show Starring Jimmy Fallon with Calvin in New York. It was definitely a whirlwind for us all. I still love it; we were able to have a worldwide hit with a track that was influenced by underground music, so it will never get old for us