Hitmakers: Michael Ball on how he united with Captain Tom Moore for You'll Never Walk Alone 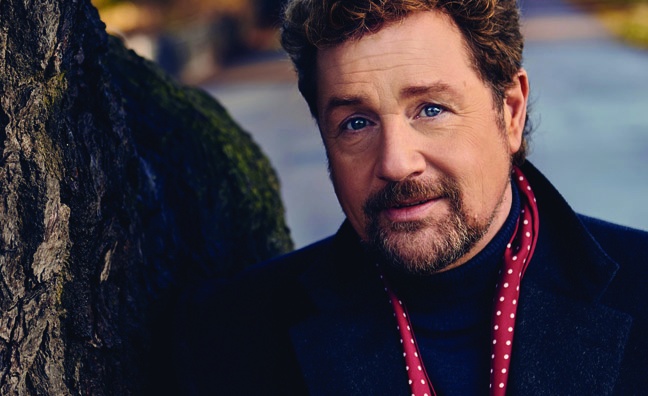 I first saw Captain Tom Moore on BBC Breakfast on Good Friday. I was just so inspired I asked him and his daughter, Hannah, to come on my radio show on Easter Sunday, and again on the following Sunday because they’d raised over a million by then. We stayed in contact and I was doing my bit on social media to keep the focus going. The night before it came to his final lap of the garden, the Breakfast Show said, ‘We’d love you to come on as a surprise and sing to him’.

I sang You’ll Never Walk Alone and saw him joining in so I said, ‘We should do this as a?duet!’ as a laugh. We said goodbye and straight after I literally went, ‘Wait, we should do it!’?To be honest I never thought it would happen, but I phoned Hannah and said, ‘Would he be interested? If we get it out by tomorrow he could be No.1 for his 100th birthday!’

I had an old backing track with different vocals on, so we had that to use. I phoned up [producer] Nick Patrick and said, ‘Is there an NHS choir?’ And he said, ‘Well, this is bizarre because I know the man who runs Voices For Care – the NHS choir’. He phoned the members and every one of them said they’d record their vocals individually on voice notes when they finished their shifts. I didn’t know if Tom would be able to follow the key, so I said to Hannah, ‘You need to get him to speak through the lyrics once, like he’s reciting a poem and film him doing it as well’. She recorded Tom and he wouldn’t stop singing – he started speaking and then he broke into song!

Had I recorded at home before? Good God, no! Absolutely nothing. I recorded it in my front room while trying to get the dogs to be quiet... This had got to about 4pm and we sent it all over to Nick. Meanwhile, Decca are on-board getting all the clearances as I had said, ‘We have to get this on Zoe Ball in the morning!’ Radio 2 were right behind it so it was down to Nick and I to mix it. We eventually ended up with a mix at 1.30am, and I think it was finally finished at 3.30am... Bear in mind it had to be on air at 8.30am! I had gone from literally doing nothing and suddenly I’m Berry Gordy! [Laughs]

I was walking the dogs and listening to Zoe’s show – she played it and then started crying.?I started crying. Everybody was crying! It just struck such a nerve. Most importantly, people were buying it – money was being raised. When The Weeknd made a resurgence in the charts he tweeted, ‘Don’t buy my record!’ which was a lovely thing to do. And then boom! No.1.

What did Tom make of it? He just thought it was a bit insane. But even with all these things happening, he’s just so cool – he just takes them all in his stride. He is so gracious and grateful and dignified, and it’s so beyond the realms of anything he ever imagined was ever going to happen. But so was raising £33 million. Ultimately, he was thrilled to bits.

There are moments in life where all the stars align. So much could have gone wrong, but everyone was willing to work their socks off under the most ridiculous of circumstances. I had a brilliant team I was able to call on, everyone really pulled the stops out. To make it happen all in 14 hours? Bloody amazing.

What’s really worried me is that I’m now the seventh oldest person to have a No.1 single... I mean, for fuck’s sake! [Laughs] But it’s amazing. If someone ever asked me, I would have guaranteed I would never have a No.1 single... This is why I bloody love this business. You never know what’s going to happen. To have been able to find something positive to take out of this awful experience, something to be proud of, something to unite people... It’s the greatest thrill. It’s the greatest honour of my career.