Hitmakers: The songwriting secrets behind Wannabe 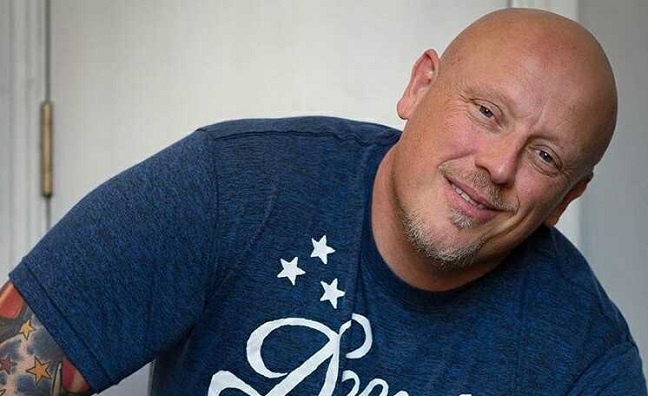 Spice Girls’ Wannabe is many things. An introduction to one of the biggest music acts of all time. The moment Girl Power took over the world. Oh, and a pop masterpiece. Not bad for an hour or two’s work, recalls Richard ‘Biff’ Stannard...

The road to Wannabe is interesting. The song I had out at the time was Steam by East 17 and I was at a studio to see, of all people, Jason Donovan. When I got there I bumped into Chris Herbert who was the Spice Girls’ original manager. Next thing I know, Mel B was there, like, ‘Who are you?’ and she jumped on my back, and that was it! I mentioned I’d done Steam and the girls all sang it, dragged me into a room and did a three-song set just for me [Laughs]. It was love at first sight. As a gay man, too, what I saw in them wasn’t sexual, which I think was refreshing for them.

When it came to recording Wannabe, me and Matt Rowe had the backing track before they came in. At the time I was obsessing over Summer Nights from Grease and I wanted to do something like that. We were all in this tiny room with the Spice Girls sitting on the floor, and we wrote about six songs in three days – and Wannabe was the second one. With all the hits I wrote with them, the writing was really easy. All my biggest hits have taken under two hours.

I never work to a brief, but the one thing I did know beforehand was that I wanted to write about how ‘force of nature’ they were. It is quite anarchic. It was all done in one frenzy, the energy would just rise in the room whenever we did the up-tempo things. I just had to listen, observe, and help them piece it together. I heard ‘zig-a-zig-ah’ and was like, ‘Let’s put that in!’ It does mean something, but we’re never going to tell anyone what. I’ll say one thing: it’s quite rude [Laughs].

One of the myths of Wannabe – and I don’t want to knock Simon Fuller because he is a genius – is that them all being ‘individual’ was manufactured. That’s the biggest misconception about the Spice Girls. It was always there from day one, so, it was easy for me to go, ‘Well, Emma can sing the sweet bit’ and, ‘You two noisy ones do this!’ They co-wrote and sang everything. That’s where the ‘Girl Power’ thing came from – they were writing about what it was like to be five girls at that age, at that time. That’s also something I have, quite unintentionally, done throughout my career with Kylie, Marina And The Diamonds and Ellie Goulding. It’s all about empowerment because I just find that strength in women so inspiring to write about. And I always have since I was a kid, I’ve got a strong mother, so that’s where it comes from.

They were writing about what it was like to be five girls at that age, at that time

I don’t think the label understood Wannabe, they wanted something else as the first single but the Spice Girls’ deal meant they had creative control. That’s quite a profound bit of information that I don’t think has been mentioned an awful lot. But I always loved Wannabe. I’m always eternally proud of it, but I ended up worrying I was going to be defined by it. For a few years, I was literally having A&R people say, ‘We want Wannabe 2’ – that’s not A&R! What they meant was they wanted something unique and special.

It was life-changing on all levels. All of a sudden the whole music industry wants a piece of you. It was crazy and brilliant, but everything has a yin and yang. Obviously, for the girls it was more severe, but it’s still difficult. I was 25 or 26 at the time, which is a young age to have that happen. Suddenly you’re travelling all over the world. I started to take more risks because I could. I got drunk and started talking to Bono – his quote on Wannabe was, ‘It sounds like a night out!’ which is my favourite quote ever about the song – and I ended up working with him. I still work with all kinds of different people.

The gift Wannabe gave me was a lifetime doing what I love. It’s soppy, but true. It’s gone way beyond the money and blah blah blah. It’s about how it’s engrained in people’s lives.