Incoming: Gabrielle Aplin on writing in lockdown and her new record 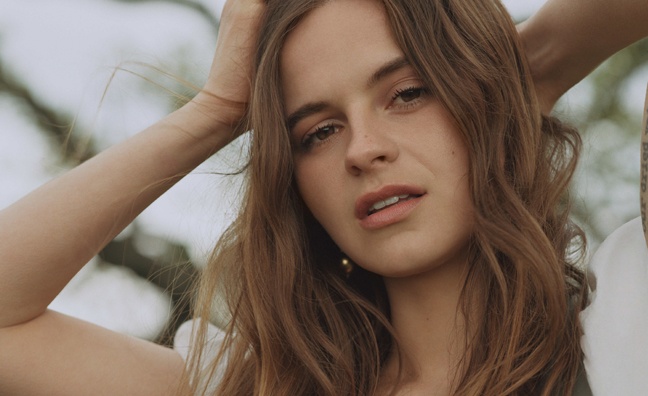 Gabrielle Aplin’s fourth album Phosphorescent (out January 6) arrives a decade after she exploded onto the scene with No.2 debut English Rain and a coveted sync on the John Lewis Christmas ad.

Phosphorescent is your fourth album, but you’ve said that while making it you felt like it was your first. What did you mean by that?

“When I made my first album with [producer] Mike Spencer, it’s not that I didn’t know what I was doing, but it was my first time, so all these amazing, mad things were happening and I was just rolling with it. Working with him again this time felt like doing it all again – but as an adult and with experience and hindsight. I feel really excited because I had such an amazing time recording it. It was probably the best experience making any kind of project I’ve ever had, mainly because I was left to be an artist in a really traditional way.”

How did writing in lockdown impact the songs?

“Mike came to my house after the third lockdown because he wanted to see me in the environment where I’d just spent a year on my own writing songs and to get a sense of what’s important to me. For example, the fact I had my dog with me when I was writing. When I was doing vocals [later, in the studio] Michael said, ‘I’m not going to be in the room, I’ll set you up with my dog Marley,’ and no humans were allowed in. It’s all about creating those environments.”

Once lockdown lifted, you went on holiday to Ibiza. Did that trip play into the dancier moments on the album?

“I was hardly raving in Ibiza! I just wanted to go to Pacha – it’s like a museum! I love dance music and I love singer-songwriters. And I thought, ‘Why can’t I just do both?’ I’m really inspired by artists like Beck, who says, ‘I want to make a folk album,’ then, ‘Hmm, I want to make a disco album’. That’s really what I aspire to, I’d love to be able to do something different every time but retain the thread that makes it me.”

Your cover of Frankie Goes To Hollywood’s Power Of Love for the John Lewis Christmas ad resulted in lots of exposure. Do you look back on that as a blessing or a curse?

“There was a time when I was just bored of playing that song because I’d done it so much. But I can’t say that I would have the career I have now if it wasn’t for that [song]. And I do love it, so I just got over myself. Six years ago I went to see Damien Rice at the Palladium and he didn’t play Cannonball. And obviously, that’s his artistic right but I was like, ‘We are all here and you know we want that song!’ So I was like, ‘Do you know what? I’m going to play Power Of Love and I’m going to fucking appreciate it.’”

Finally, what are your ambitions for this new record?

“I don’t know how to say this without sounding arrogant, but I think it’s a really good record and I’ve done really well. [I want] it to be known as my best work, for people to say, ‘Those are good songs and good techniques and good recordings.’ I always love a sync, so I would love to see how that could materialise with film. But, basically, I just want people to think it’s good.”