Incoming: Ian Broudie on the first Lightning Seeds album since 2009 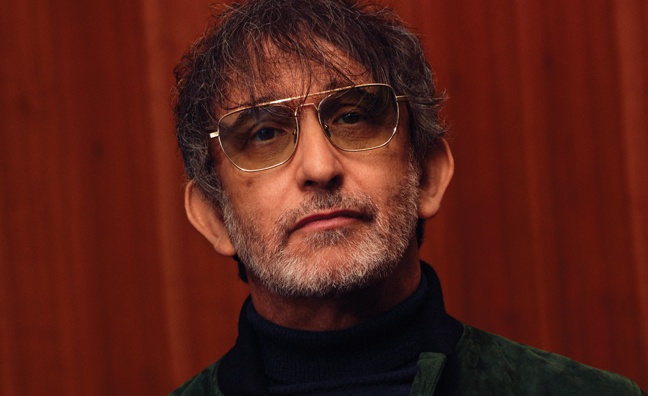 The Lightning Seeds released See You In The Stars – their first album since 2009 – this month via BMG. Here, main man Ian Broudie reveals all about their grand return…

Having spent the last two summers hearing Three Lions everywhere, how does it feel to be focused on new Lightning Seeds songs?
“Three Lions is almost separate for me, it’s the only song by Baddiel, Skinner & The Lightning Seeds, so in my mind, it’s a parallel thing. I’m very proud of the new record, but it feels like ages since I’ve ventured out, so it is a bit odd having new material.”

So how come See You In The Stars is the first new Lightning Seeds album since 2009?
“I wasn’t sure I was going to do a record at all, really. I was enjoying just being a troubadour, if that’s the correct word. I enjoyed playing live and didn’t feel like I had to make another record particularly. I’d stopped producing a while ago too and was just enjoying playing festivals and being a musician. Then I wrote a couple of songs spontaneously, and it’s like being a kid and you’ve bought a new record, you invite your mates round and say, ‘You’ve got to hear Ziggy Stardust!’ So, after I recorded those two tunes, I started feeling like, ‘I’d like people to hear these – I should do some more.’ It grew from that.”

What made it a Seeds album rather than an Ian Broudie solo record?
“I wanted the songs to feel extremely positive. When I say positive, I’m not talking about something banal, like The Birdie Song or something. Sometimes the saddest song can be positive. So positive is a big simplification, but it’s that certain feeling that makes it The Lightning Seeds.”

I actually think for an artist, management is the trickiest thing

The Coral’s James Skelly did two songs on the record with you. Having produced their early records, did it feel like a role reversal?

“Well, I was tempted to behave as badly as they behaved on their first album [laughs]! Nah, we’re friends and I’ve written a few things with James over the years. He was like, ‘You haven’t done anything for ages, let me work on a couple of tracks with you,’ so I did two songs with James. Was I lucky to get him after his chart-topping production work with Blossoms? Yeah! But he was lucky to get me, wasn’t he [laughs]?”

Your son Riley, who also plays in the band, is also now managing you?
“I actually think for an artist, management is the trickiest thing. It’s an invisible kind of art, so you have to be lucky. It’s a fluke to a degree when you end up with the right manager, so having our connection has been a very positive experience for me. He was managing some bands in Liverpool and then he started managing me at a point where perhaps I’d let my focus slip. To use football parlance, I wasn’t too bothered about slipping down the divisions, but he was inspired to go, ‘You’re capable of being Premier League!’ so I turned my attitude around. Is he a tough manager? Well, he can definitely get me to do the stuff where I used to say, ‘I’m not doing that!’ He tells me, ‘No, you need to.’”

You’ve seen so much change in the industry in your time. For example, sync is now huge but you were almost on your own in the ’90s when The Life Of Riley ended-up soundtracking Goal Of The Month on Match Of The Day…
“Well, I can’t claim any cleverness, that was serendipity. Someone on the programme did that. As a musician you do need a bit of luck. Something to fall right, and that was a little bit of luck for me. But you’re right, it has changed. I made that record before computers in a completely different way to now. I had to put a big tape machine in a room at home. Life Of Riley was made in my brother’s room and [1989 debut single] Pure was recorded in my attic!”