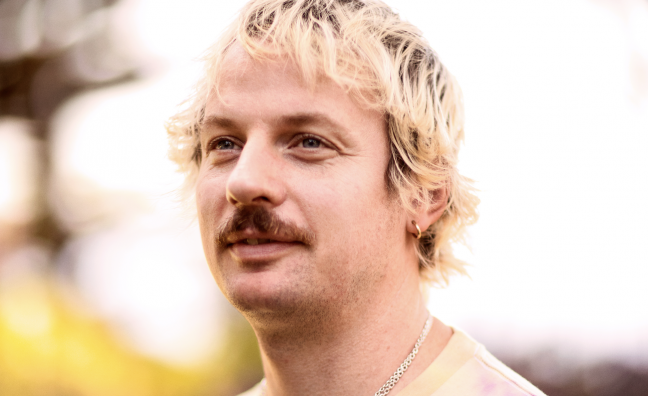 Not only did Harry Styles’ effervescent pop single Watermelon Sugar define his second album Fine Line, it was also one of 2020’s most ubiquitous hits. This week, as it marks the first anniversary of its official release, the million-selling smash is up for a BRIT Award. Here, co-writer Tom Hull (aka Kid Harpoon) relives the story of a single that sent Styles flying towards a new stratosphere...

Watermelon Sugar felt like it had a life of its own. We always believed in the song, but I don’t think everyone heard it and really thought it was going to do what it did. I’m not  even sure it was necessarily earmarked as a single. And then it just started...

It was one of the first songs, it might even have been the first song, we wrote for the album. We went to Tyler Johnson’s studio in Nashville. I was playing a riff, Tyler was doing some chords and then Harry turned up and started singing and the whole thing developed.

Harry was reading a book called In Watermelon Sugar [by Richard Brautigan]. Either he brought it in or it might have been just sat there. We had the melody and he said, ‘What about Watermelon Sugar?’ At first, and I get this quite a lot with his lyrics, I thought, ‘That’s kind of weird’. Then you’re like, ‘Man, it’s brilliant’. I remember thinking that with this. Harry’s so good at lyrics, he’s really growing into his own thing.

We had this ‘Watermelon sugar, high’ line and it was like, ‘What’s that all about? What does that even mean?’ It was funny, everything put in a poetic way is. We did the scratch vocal and a lot of the lyrics stuck from that. One of the reasons that song connected so much is because of the lyric, I think it’s just fun, but it doesn’t feel dumb, in a weird way. Is it about sex? I don’t want to get too graphic, but we were saying it could be about this or this... We just thought it was funny.

The song was done so quickly initially, it was such a demo, then it really had an evolution during the making of the album. Me and Tyler really believed in it, and Harry loved it. We felt the pressure to deliver on a song that we loved, so we just kept reworking and working it and pushing and pushing. 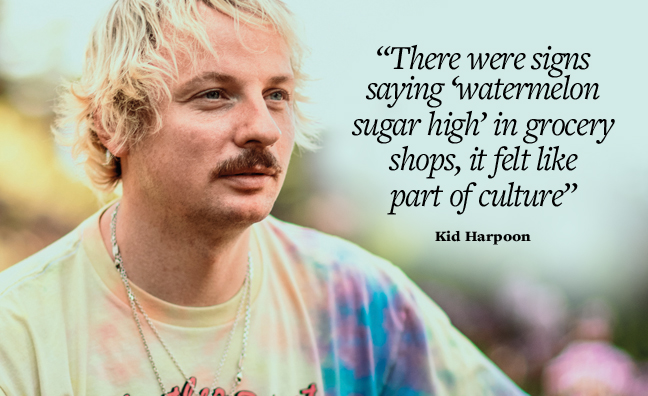 What tends to happen is, you have the song and you’re all feeling it and it’s like, ‘This is fucking awesome’. But then you can leave the studio and you realise it’s not translating from that recorded version in the way you’re feeling it, because you’ve been listening to it all day and you know it.

We played it to people and they were like, ‘This is cool, it’s a grower’. And we thought, ‘This isn’t selling the vision 100%’, so me and Tyler really chiselled it out. It needed to hit people straight away and give them that feeling we got in Nashville. That took a real second.

We added some brass, there were loads of little stages, then right at the end, we brought in Pino Palladino to play bass. It was originally me on bass and we had him come in to do some bass on another song and we said, ‘Why don’t we try Pino on Watermelon Sugar?’

There’s a little bassline right at the end in the last chorus where he flips the whole thing. It’s really subtle, but if you listen out for it in the last chorus he does a little riff on bass, which technically just shouldn’t make sense, but when you hear it... We were at Henson Studios in LA and when he did this little riff, all of us were jumping around going, ‘Oh shit! Fuck, that’s it!’ We suddenly realised we’d got that magic back in it. It had been around for a while at that point and I think everyone involved in it, from label, to management and even us, we’d sort of forgotten about how good it was. So it was a nice full circle moment for it to come out, do its thing and have a life of its own.

My kids sing this song all the time, it’s got that thing. Friends and my nieces and nephews have sent videos of them singing it, too. It connected in a way you hope to achieve. 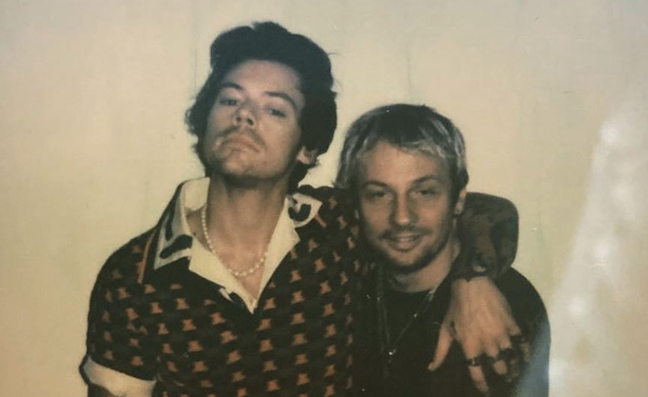 With a lot of the stuff I’ve done up to now, I’ve had success with songs before, but some of it is maybe a bit heavy. I like how light and fun Watermelon Sugar is. Maybe with some of the heavier Florence + The Machine stuff I worked on, if you’re three years old, you’re not really gonna get it... [Laughs].

There’s a grocery store in LA called Trader Joe’s, and [after the song came out] they had signs above the watermelons that would be like, ‘watermelon sugar high’. It felt like part of culture. Hitting No.1 in America was awesome, especially with this song. I’d never had that before. Especially in the current wave of music, particularly in America, the charts are so full of hip-hop. Hip-hop really feels exciting and it’s really hard to break through, so to break through with a song called Watermelon Sugar about oral sex is kind of awesome. I don’t really have a basis of comparison, it felt so unique.

Things really kicked in for Harry with Watermelon Sugar. As much as he’s been part of One Direction, it really feels like he’s shed the ‘of One Direction’ thing. And, knowing him and what he’s been working towards, that’s a really nice moment. Having big songs is a part of that.