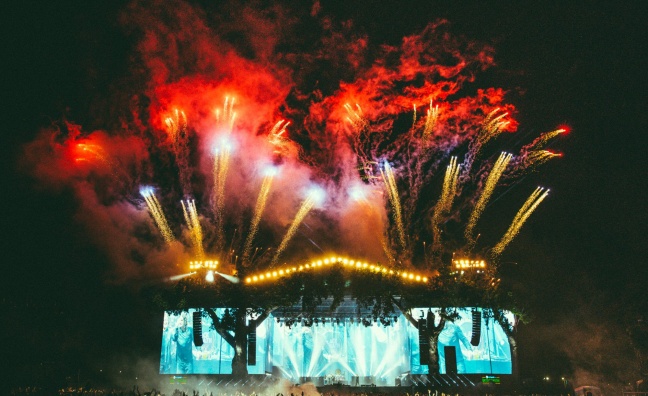 First published in December 2020, here's a chance to read our in-depth report on the live sector's hopes for 2021...

The UK’s concert business is approaching 2021 with increasing confidence as it plots its recovery from a “lost year for live music”.

The Covid-19 vaccine developments, combined with advances in testing technology, could offer a route back to full capacity shows for an industry that has been on its knees since the touring shutdown in March.

While the consensus is that the domestic circuit will not be fully back on its feet until the latter part of 2021 at the earliest, recent breakthroughs have lifted the mood significantly.

“It’s not going to be an instant fix by any stretch of the imagination, but it’s changed the conversation,” AEG Presents co-CEO Steve Homer told Music Week. “It was only at the beginning of November, before the news came through about vaccines, that a lot of the transatlantic talk was, ‘We’re writing off 2021, we’re not going to be leaving the US to come to Europe. It’s all about 2022 now’.”

“It’s been the most positive bit of news we’ve had all year,” said Greg Parmley, chair of LIVE (Live Music Industry Venues & Entertainment), the new umbrella group representing the live biz. “What we’d like to see is a series of pilot shows early next year that scale up in capacity to allow robust testing protocols to be put in place. You’re definitely going to see a combination of vaccines and mass testing for shows next year. And if we can run a series of pilot shows in January, February, March, ideally moving away from social distancing in April, but having other mitigation measures in place, then it is looking positive.”

“Hopefully from a period around Easter there will be a new era of normality and we’ll be able to get to non-socially distanced shows,” added UTA agent and Royal Albert Hall 150th anniversary committee chair Neil Warnock. “We will come out of this and we’ll all be that much stronger.”

Homer revealed discussions were ongoing regarding holding mass testing pilot events at The O2 from January.

“No matter what happens with the vaccine, I think mass testing is still going to be very much a key part of getting back to some sort of normality, but the roadmap at the moment is a bit of wait and see,” he said. “International touring is heavily reliant on a whole European plan and a lot of acts aren’t going to come over just to do one or two shows in the UK because the economics aren’t going to work. So I think domestic touring is going to come back a lot stronger and a lot quicker.

“The demand is definitely there. I’m not saying it’s going to be a bumper time, but I do think it’s going to be a really positive time where people are going to be wanting to go out. The fact that we’ve put new tours on sale and have had great ticket sales across them shows there is still an appetite.”

“It gives us a light at the end of the tunnel,” said Ollier, who recently launched his own One Fiinix Live agency after exiting CAA. “But what I don’t think it will necessarily do is create a watershed moment where, in March, a starting pistol goes off and festivals are back up and running.

“None of this is really going to answer the question about international touring until there is some global consensus on what it means about opening up borders. I don’t mean to sound pessimistic, but I think next year is going to be a case of building blocks. It will be a gradual process of seeing what we can get away with and what works, building up towards what I hope will be a more conventional year of touring in 2022.”

“Some shows will start happening next year, but it’s still going to be complicated, with a lot of hoops to jump through,” agreed Paradigm agent Alex Hardee. “Domestic arena shows may happen in Q4, but I don’t know how much international stuff we will get next year. It’s another level of risk and costs, plus you’ve got the added complications of Brexit now as well, so it’s going to be a bit of a mishmash. Then in 2022, we’ll start getting back to normal again.”

Despite the encouraging long-term prognosis, the 2021 festival season is still shrouded in uncertainty. Music Week understands a decision regarding Glastonbury is anticipated next month, while Manchester’s Parklife has already switched from its traditional June date to September, with a number of others expected to follow suit.

Homer, who oversees AEG’s All Points East and BST Hyde Park festivals, acknowledged there remained “a sizeable question mark” over the summer calendar. “There are discussions going on about viability and how we’re going to progress,” he said. “That roadmap is a little bit of a movable line.”

Association Of Independent Festivals (AIF) CEO Paul Reed warned: “There is more cause for cautious optimism than there has been, but there are still a number of things we need from government.

“We need a reopening timetable that includes specific dates and what that reopening looks like to enable people to make a decision as to whether their events are going to be economically viable. We also need an insurance solution. It’s difficult to think how any major festival can push the button and spend without that, because you’re talking about millions and millions of pounds in contracting for an event of that scale.

“We’re at a point where organisers are going to have to make a determination about 2021. If you look at the fundamental risks, the most obvious one is that such events will not be permitted by next summer, but there is also a very real risk that we get to a point where such events are permitted, but the sector isn’t given enough notice to properly mobilise. We need sufficient time to plan and prepare.”

According to Homer, the landscape should begin to look more familiar in the autumn. “There’s a lot of fingers crossed – and confidence as well – that we’re going to be OK by that point,” he said. “There will still be face masks, testing, a load of hand sanitisers and different ways of dealing with customers. But on the whole, we get the feeling that we’ll be back.”

In the meantime, the LIVE group is continuing to lobby the government to agree to underwrite a reinsurance scheme for next year’s shows to cover lockdown-related cancellations. It is also calling for a three-year extension to the reduced VAT rate on tickets, business rates relief for venues in 2021 and 2022 and an exemption for festivals taking place on agricultural land.

“The government-backed insurance scheme is super-important,” stressed Parmley. “We’re knee-deep in conversations with DCMS and Treasury, and lot of work is going on behind the scenes. Without cancellation insurance for coronavirus, it’s just a massive roadblock. Every venue in the country can be open, but there’ll be no shows in them.”

However, the extended furlough scheme and £1.57 billion Culture Recovery Fund (CRF), administered by Arts Council England, have provided salvation for many within the sector.

“So far, live-related companies have made 370 successful applications and received over £70 million in grants, so it was a major win for the industry and we’re currently lobbying government on the criteria for the remaining funds,” said Parmley. “There’s £258m left, so we’ve asked for a lower minimum amount so smaller companies can get help, a wider set of criteria, and also that applicants can use money for Covid mitigation measures, because that is going to be a major unseen cost moving forward.”

AIF members received a combined £5.5m from the fund after 71% of applications were successful. “It stabilised at least 65% of those businesses. which now have the necessary funds to stage their events next year – if permitted – and it’s had a huge impact on employment,” explained Reed.

“The government has come under an awful lot of criticism throughout this, and rightfully so in places, but the CRF was a remarkable intervention and has undoubtedly saved businesses from going under.”

Homer suggested the crisis may have played out differently had people been aware of the likely timeframe from day one. “When this first started, the consensus was that it was something that was going to be an inconvenience across the summer at worst,” he reflected. “If there had been a crystal ball that said, ‘It’s going to be 12 to 15 months before you’re back’, I think a lot more companies would have gone to the wall and more people would have given up. But by the time you get to this point – nine months in – you’ve held on for this long and can start to see some light on the horizon.”

However, Parmley predicted the ripples of 2020 would be felt long into the future. “It’s a lost year for live music, the greatest existential crisis the industry has ever faced,” he declared. “It has definitely thrown up questions, though, about how the industry operates, the levels of employment and the deals that are done. There are a lot of areas where I imagine people will be looking back and saying, ‘Maybe we need to do things slightly differently?’

“An interesting thing someone said the other day was, ‘What about Covid-20?’ And actually, the industry will come out of this with a handbook on how to deal with a pandemic. If there ever was something like this again, I think the restart period would be much faster because we’re doing all the work right now.

“What’s the legacy going to be? If you look at the audience surveys, they have proven that demand to go and see live music is potentially greater than ever. Absence makes the heart grow fonder and I think when it does come back, it will be with a mighty force.”

“People have had a lot of time to realise how important live music and communal events are,” nodded Hardee, who attempted to put the sector’s travails into perspective. “We’ve had a year without live music and we’ve missed it,” he said. “But at the end of the day, our generation hasn’t had a war to contend with. All we had to do was wear masks and we couldn’t even do that properly. So we’ve had it lucky and we should be grateful.”